Perfectionsists will need emancipation when this one’s over.

Author's notes: This review was originally posted on our Patreon in 2017, and now that Persona 5 Royal has been announced for Switch I thought it was time to make it public. The date confirms it: we're talking about the ORIGINAL release. Also, this review is posted mostly as is, and that includes me glossing over some homophobic content that was modified for the Royal release and would have affected my score today.

Aside from a quality crossover RPG in the style of Etrian Odyssey, the Persona series hasn’t appeared on a Nintendo console in its 20+ year history. The recent mainline entries (3 and 4) have provoked major emotions in me, so much so that I couldn’t complete Persona 3 because it was that depressing. The oppression of 3 and the joy of 4 have given way to Persona 5’s rage, and 5 hangs with the best of the best on any platform this year (editor’s note: it’s April). 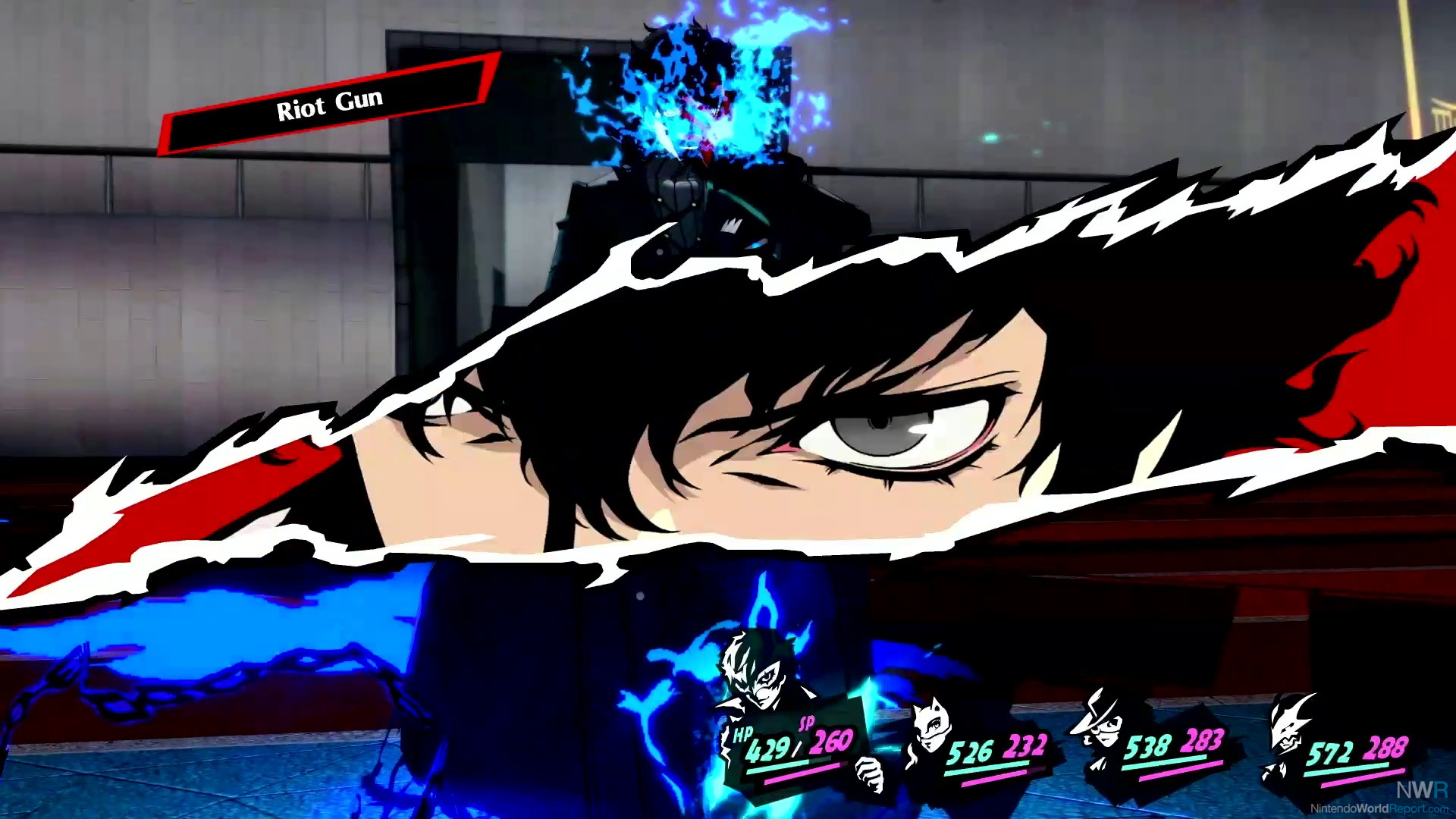 The modern Persona games have two different sides that affect each other. Most of the game is spent in the social mode, where the main character tries to be a good student and generally stay out of trouble lest he violate his probation. This is the mode where he can build his character statistics or after a tutorial, work on his “Confidants” (previously known as Social Links) and where 90% of the character growth for the other characters occurs. And there’s a strong push to take part in character growth as it causes roadblocks in progression to be removed, both in the social and dungeon sections. Unlike previous modern Persona games, the focus isn’t on randomly generated dungeons with fixed floors but rather on designed locations. And they are massive; each one takes at least three days of game time and what felt like a similar amount of time in real life. Persona 5’s first dungeon took as long as some of the later dungeons in Tokyo Mirage Sessions #FE, and I played TMS on a harder battle difficulty. Since you’re portraying a group of phantom thieves in the dungeons in Persona 5, there’s a lot of emphasis on stealth and getting caught too much can result in getting thrown out and losing the day.

On the first playthrough – there is a New Game+ option, thankfully – I set out to max all of the Confidants to see how their characters would change, and there’s some great writing in these scenes. The main story had a few strange localization lines and odd accents to my ear (a character’s name pronounced sa-ka-mo-to instead of sa-KUH-mo-to), but the localization team has admitted that they were trying to get as close to the original Japanese as possible so it didn’t bug me all that much (your mileage may vary). And I definitely appreciated the battle benefits for them such as the ability to get time back (early on, going into a dungeon is the last thing you can do for the day) or acquire Personas easier by stealth-killing low-level enemies. There were a lot of things I didn’t get a chance to do during the first playthrough, however, because they took a bit of time that I needed to either do social scenes or grow my personal stats in order to complete a Confidant.

If you’re maxing the Confidants, you won’t have much time to do anything else and will definitely need to play with a walkthrough handy. Frequently story events will take up the entire day, as the game will prevent you from leaving or even doing optional item crafting after the events wrap. By the end of the game, I couldn’t even do laundry (some of the armor in the game requires cleaning for use) or make use of the in-game DVD rental service. At least if I go back for a second run, my social stats will carry over, but some additional time would’ve be appreciated; the playable portions of the game end well before the end of the story. Though admittedly the amazing last stretch of the game would not have the same impact if it didn’t take place when it did, it may allow the last two dungeons to not require multiple hours and a trip to McDonald’s to complete (eat your heart out, Kojima). 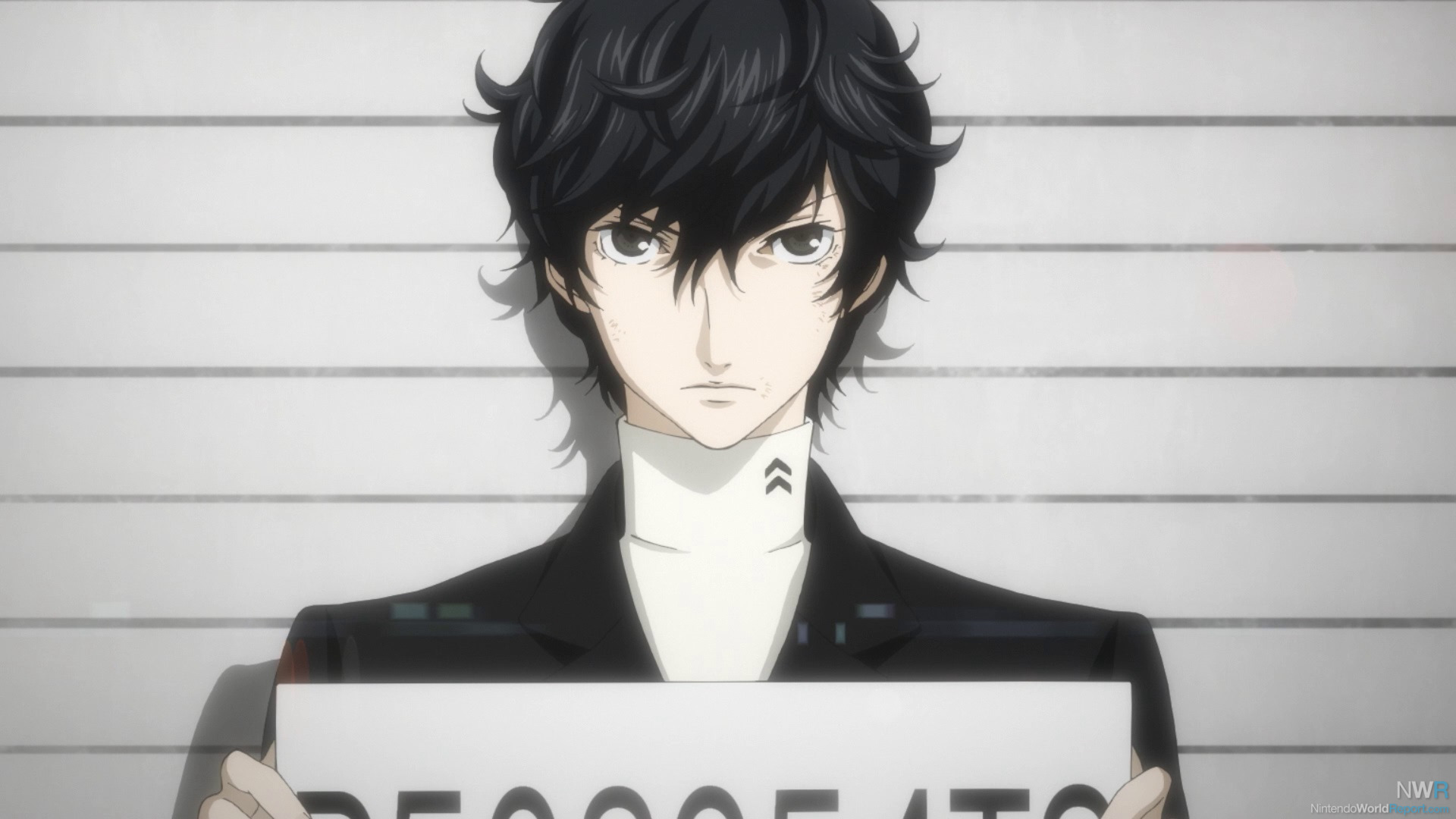 The battle system will be familiar to those who played Tokyo Mirage Sessions or the Shin Megami Tensei IV games – the “One More” system replaces Press Turn, but P5 sports different physical attacks (melee or guns) and multiple different magical varieties. One of the social link benefits lets you try a version of the TMS combo system by way of a “Baton Pass” to chain weakness-hitting attacks from your versatile main character to the other members of the party. In a somewhat controversial move, SMT IV’s demon negotiation returns in P5, though in a simplified form – each demon has a personality, and giving an answer it will like makes it likely to join. It’s easy to get the “instant kill” option to pick up Personas, and most of the powerful ones are pulled in through fusing existing demons into new forms. This became surprisingly addictive after I finished the Confidant that requires fusing, and I ended the game missing only a few rare “treasure” Persona and the one that’s exclusive to New Game+.

There’s a particular style that I expected with the phantom thief storyline, and Persona 5 delivers it. The UI is sharp and the environments have an amazing level of detail. Megaten demons have never looked this good either, as they have their own details and you can see the finer points of the more...um… phallic demons. The real standout is the soundtrack, though. I don’t think Persona 5 will get a dancing game like 4 did*, but it fuses jazz tunes in the social scenes and basic fights with dramatic metal that definitely passes the Wrestlemania test. If I’m willing to drop $30 on your soundtrack in iTunes, it’s a damn good soundtrack.

While I can’t hold the choice of platform against Persona 5, I really wish I could have played this portably – for whatever reason, PlayStation Remote Play doesn’t work in my environment and it would have saved me a week of real time. But I asked for a PlayStation 4 for Christmas largely so I could play it under the best circumstances, and it definitely didn’t disappoint. Fingers crossed that Persona 5 takes after 3 and 4 and gets a portable version because by then I’ll be ready to return to Tokyo.

* Persona 5: Dancing In Starlight, the Persona 5 dancing game, released in Japan on May 24, 2018 and in the West on December 4 of the same year. Not that 2017 Donald would have known that.

A review code was provided by Atlus for the initial review.