Commence the argument of which Aladdin is better: Genesis or SNES.

Two years after Disney partnered with Nighthawk Interactive and Digital Eclipse to bring 1990s releases of The Lion King and Aladdin to Switch, the trio figured out a way to resuscitate the Capcom-developed Super Nintendo version of Aladdin, as well as unearth the Jungle Book game that was made in tandem with the Genesis version of Aladdin. These new additions can be bought as DLC for the original release or as a whole package including all of the Lion King, Aladdin, and Jungle Book games and bonus content. 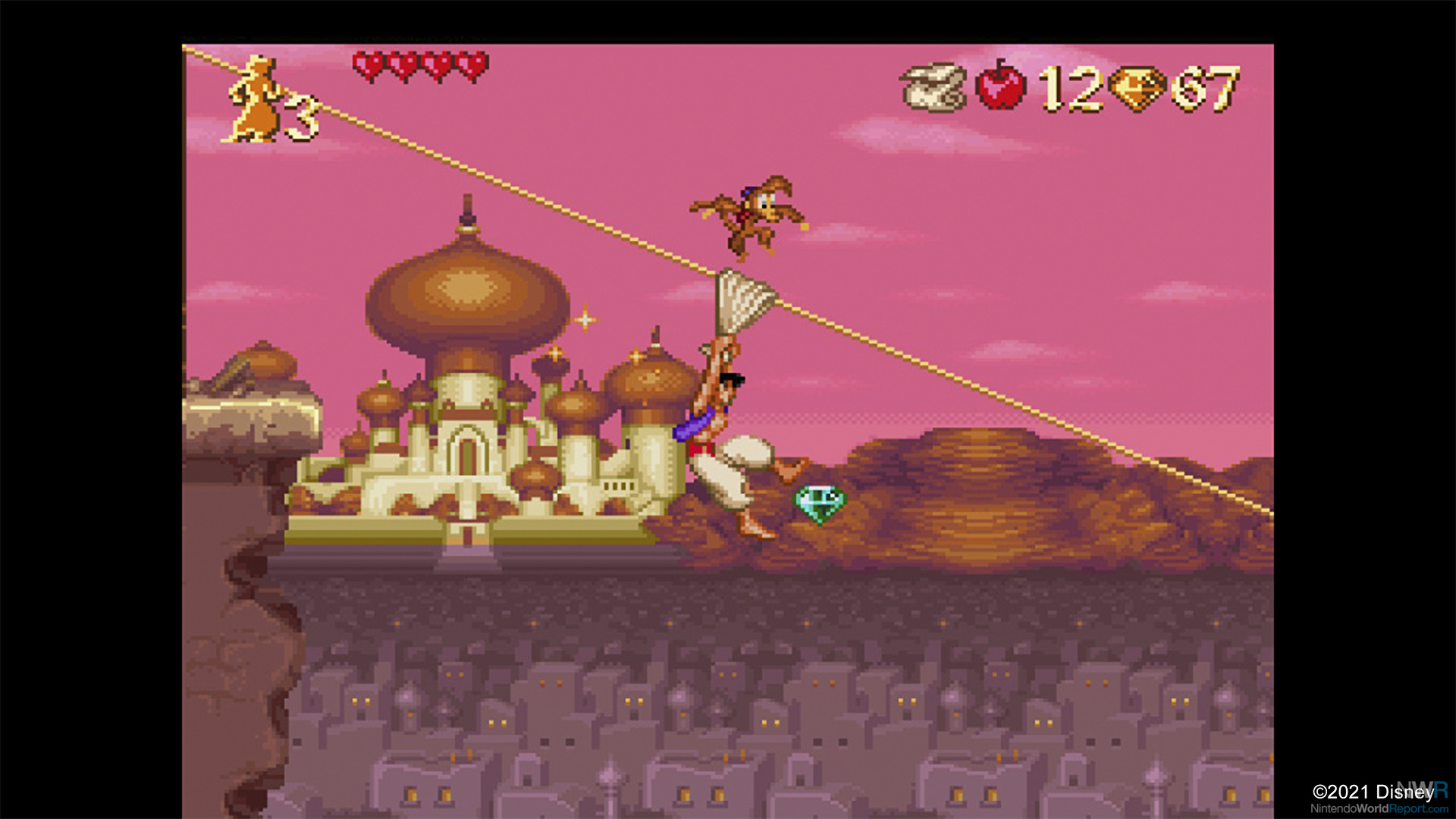 I covered the original release and truly, the DLC just expands on what worked and didn’t work from the original collection. While my nostalgia still settles on the side of Genesis Aladdin, the Super Nintendo version of Aladdin is an excellent game. Having the ability to look at both versions next to each other is extremely cool because they’re both so different but are pulling from the same source material. The SNES version is focused more on acrobatics and platforming, whereas the Genesis one is more action-centric and buoyed by its tremendous animation.

The Jungle Book game is similar to Lion King in the sense that it looks nice but isn’t that much fun to play. The Jungle Book is the weakest-playing game in the entire package, paying middling homage to classic platformers like Pitfall. The novelty lies in the art as well as the differences in execution between the Super Nintendo and Genesis versions that are both included. The Game Boy version is also here, but that’s honestly all I have to say about that. Glad it’s here for completionist’s sake, but it’s not very good. 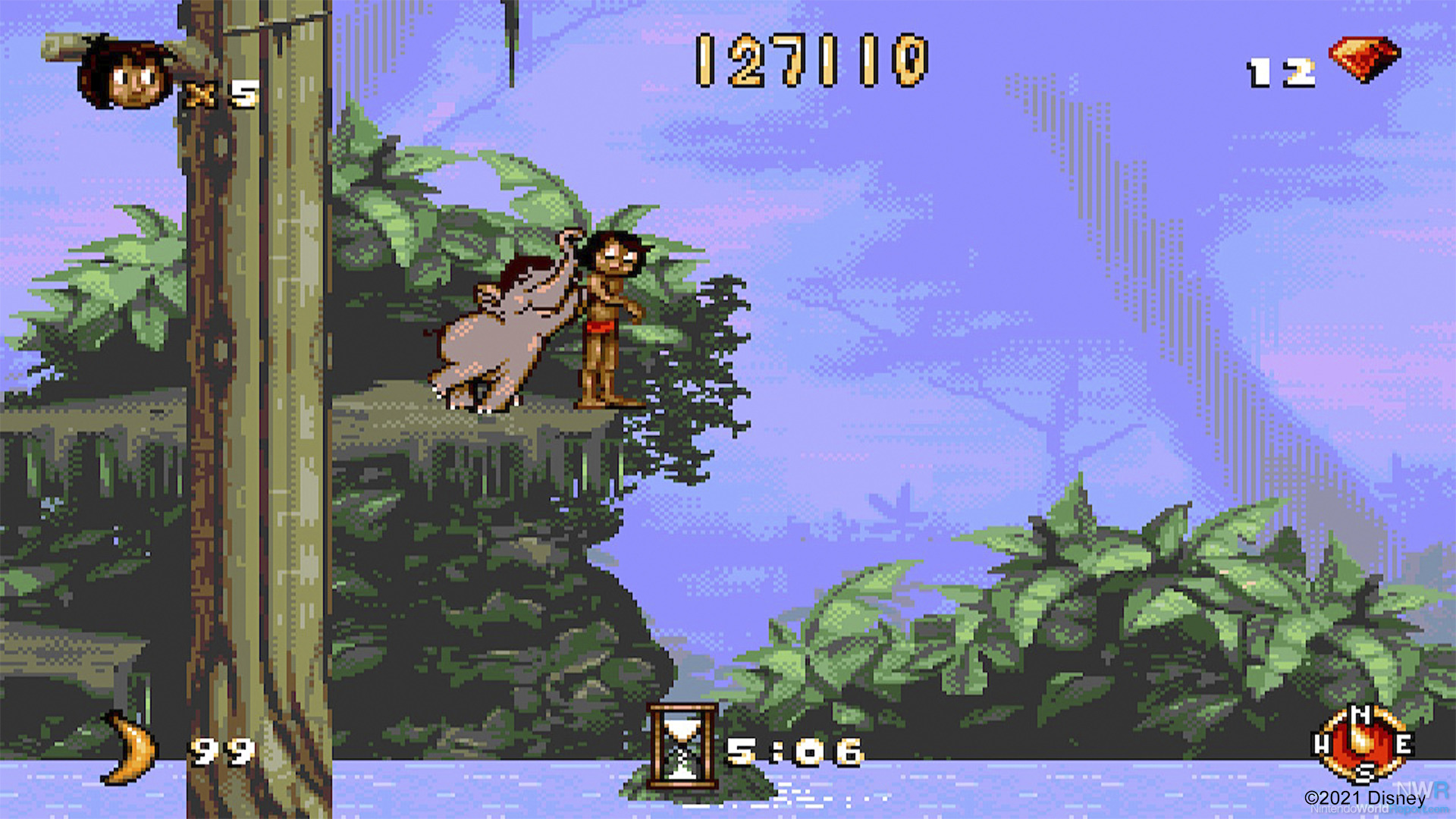 All of the new games feature Digital Eclipse’s staple watch-along functionality where you can just watch a playthrough of every game. Concept art and fun facts about the new games are also added, which provide much-needed context as to why these games are notable. This is something a lot of retro collections ignore, and I appreciate the nuggets in the museum section. The best museum addition is the hopelessly cheesy VHS tape rip of an Aladdin promo video that does a good job of setting the tone for what kid-centric advertising was during the 1990s. I can only hope this Aladdin promo video encourages Nintendo to re-release their bonkers, gonzo Nintendo Power promo tapes from the same era.

As far as if this DLC is worthwhile, it is if you want to play Super Nintendo Aladdin or have fond memories of the Jungle Book game. Aladdin holds up as a great platformer of the era, but Jungle Book simply does not. All of the museum extras are incredible, but might not be as worthwhile unless you’re interested in the history and legacy of these games. Combine this DLC with the original content and it’s an excellent historical collection that paints a cel-animated picture of a specific era of Disney video games during a time when adaptations of animated movies were much bigger events.

I'm buying it separately, gotta get those 3 extra gold coins...