A demake of Pac-Man Championship Edition and a super-deformed Japan-only Splatterhouse game are the highlights of this 11-game collection.

Namco Museum games have been a mainstay on consoles dating back to the ‘90s, with a Switch version coming out in 2017 that focused primarily on classic Namco arcade games. However, this recent duology of Namco Museum games is a little bit different. The recently released Namco Museum Archives are based primarily on NES and Famicom ports of Namco’s classic arcade games. Largely, that makes for less-than-ideal versions of these games, but some rarities and new content manage to make each volume interesting. Since both packages are sold separately (at least in the west), the reviews will be separate. Here's our review of Volume 2. 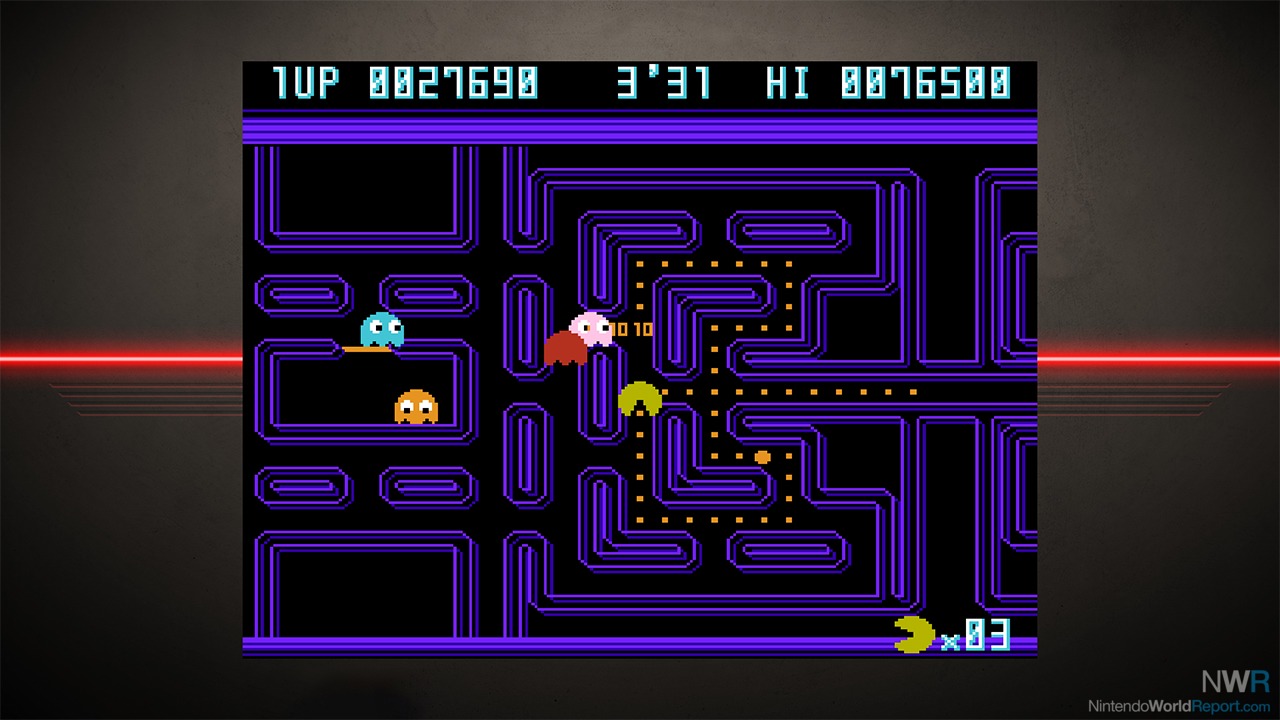 Namco Museum Archives Volume 1 features 11 games, with the newest game being the best part of the package. At the center is the 2020 demake of the mid-2000s downloadable classic Pac-Man Championship Edition. While the original incarnation of Championship Edition is still superior, the deliberately retro aesthetic of this version is incredibly charming. The lack of online leaderboards for the Championship Edition demake is disappointing, but it feels at home with the other 10 NES and Famicom games here. Unfortunately, most of this package includes lesser console ports of arcade games. The handful of bright spots are nice amidst the limitations of the arcade-to-NES transitions. My biggest takeaway might be that a shocking number of these games never made it out of Japan.

Next to the Championship Edition demake, Splatterhouse: Wanpaku Graffiti is the coolest addition. Splatterhouse is known for its violence, but this Famicom-only sequel is basically the Kid Dracula to Splatterhouse’s Castlevania. All characters are super deformed and the gameplay is less about brawling and more about platforming. I’ve never enjoyed the Splatterhouse games, but Wanpaku Graffiti is an enjoyable ‘80s platformer packed with horror movie jokes, good music, and a decent amount of gameplay variety. 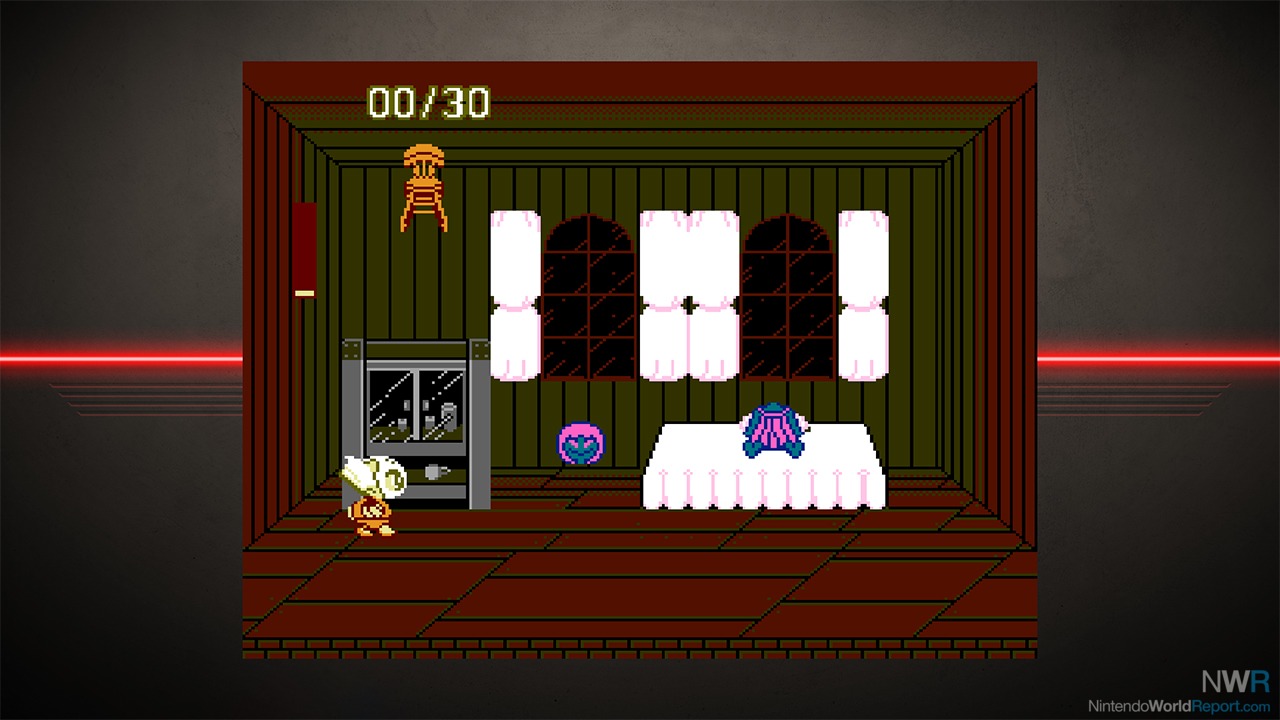 Next, let’s cover the four games out of the 11 that came to America on the NES. Pac-Man and Xevious are both classic arcade games and their NES ports are both fine. Likely due to my experience with the arcade game, I don’t enjoy NES Pac-Man. It’s obscenely slow, especially next to Pac-Man Championship Edition. Xevious is a great shoot-’em-up for its era, notable for being one of the first third-party games on Nintendo’s first home console. If you're not familiar with Xevious, it is a vertical-scrolling shooter where you have two weapons, one that attacks the air and the other that hits the ground below your fighter. The arcade version might be better, but Xevious is still a good game on NES, even if it has aged.

Before this collection, I didn’t know anything about Dragon Spirit: The New Legend, which is sort of a sequel to Xevious but you play as a dragon. I enjoyed romping through Dragon Spirit, though I made liberal use of the rewind functionality because it's not that easy. The last game from this set that came to America on NES is Sky Kid, which has a nice style but is not a shooter that has aged well, especially on NES. 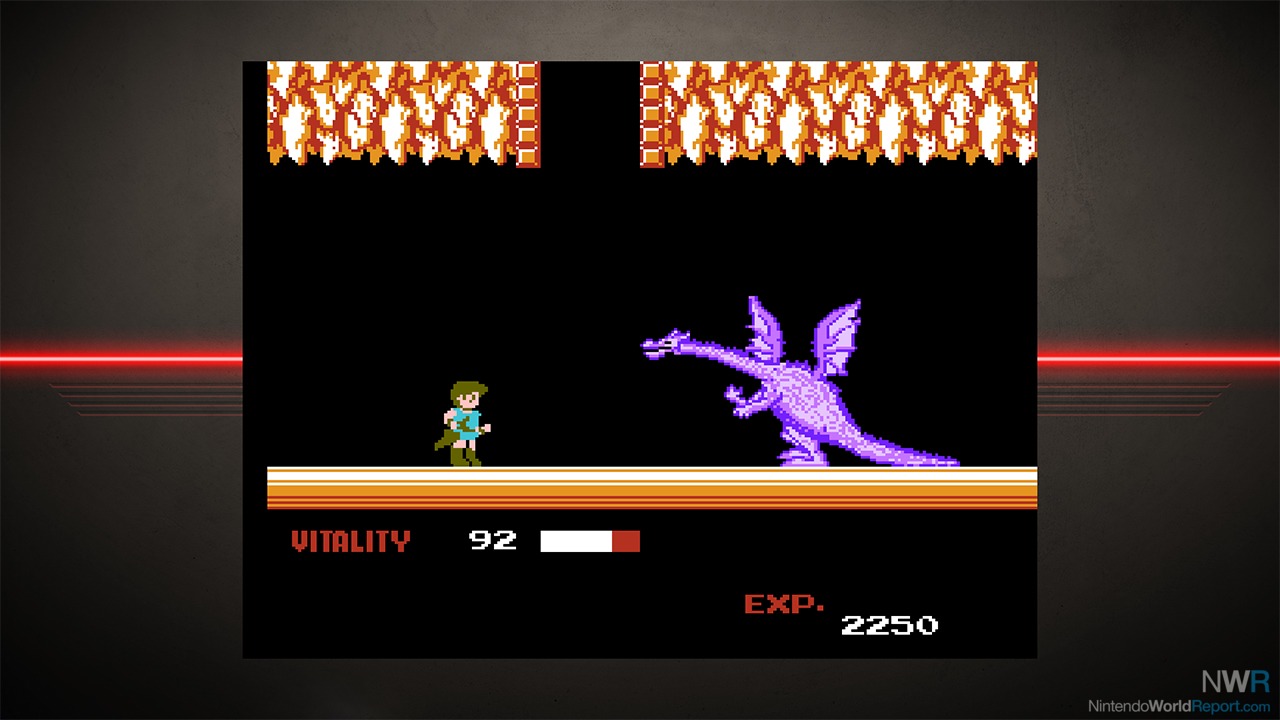 Shockingly, Famicom versions of Galaxian, Mappy, Dig Dug, and The Tower of Druaga were never localized. I essentially learned in this game that all my memories of those games are from arcades or in arcade compilations. Although all four are solid ports of the arcade classics, they just don’t ultimately compare favorably to the originals. I’ve gotten the most mileage out of Dig Dug and Druaga, with the latter being noteworthy for being an early action-RPG that inspired The Legend of Zelda. If you’ve never played Druaga, I recommend it as long as you have a guide nearby. Also maybe just play it on an arcade compilation, like the other Namco Museum on Switch.

Dragon Buster is another game that was new to me. It’s an extremely rough platformer that is more interesting than it is playable. This might be the first game to feature a double jump and it has a neat branching path level selection. All that being said, the game has aged horrendously.

What hasn't aged horrendously is the quality of developer M2's ports. Everything plays great, though the rewind feature is a little peculiar. You can rewind, but only a tiny amount at a time. Maybe it's an emulation limitation, but this might be one of the weakest rewind implementations in a retro collection.

All that being said, it is overall hard to recommend Namco Museum Archives Volume 1 aside from checking out old Famicom and NES versions of games. The two major exceptions are Pac-Man Championship Edition and the previously Japan-only Splatterhouse: Wanpaku Graffiti. If you want to see a neat demake of a great Pac-Man game or a cool never-before-seen Namco platformer, by all means go dive into this collection. But aside from those two games, there isn't much here but NES and Famicom versions of arcade games.