The Darius Cozmic Collection is entering a crowded market for scrolling shooters on the Switch in North America. The Arcade Archives, Nintendo Switch Online, and compilations such as the Psikyo Shooting Stars and Konami’s Arcade Classics provide plenty of options for the discerning retro gamer. Into this bullet hell steps Taito’s Darius series, which is probably best known for running gags like “WARNING: A HUGE (ship name and description) IS APPROACHING FAST” boss descriptions. The Arcade Collection is a good sampling of a series that is beloved in Japan. 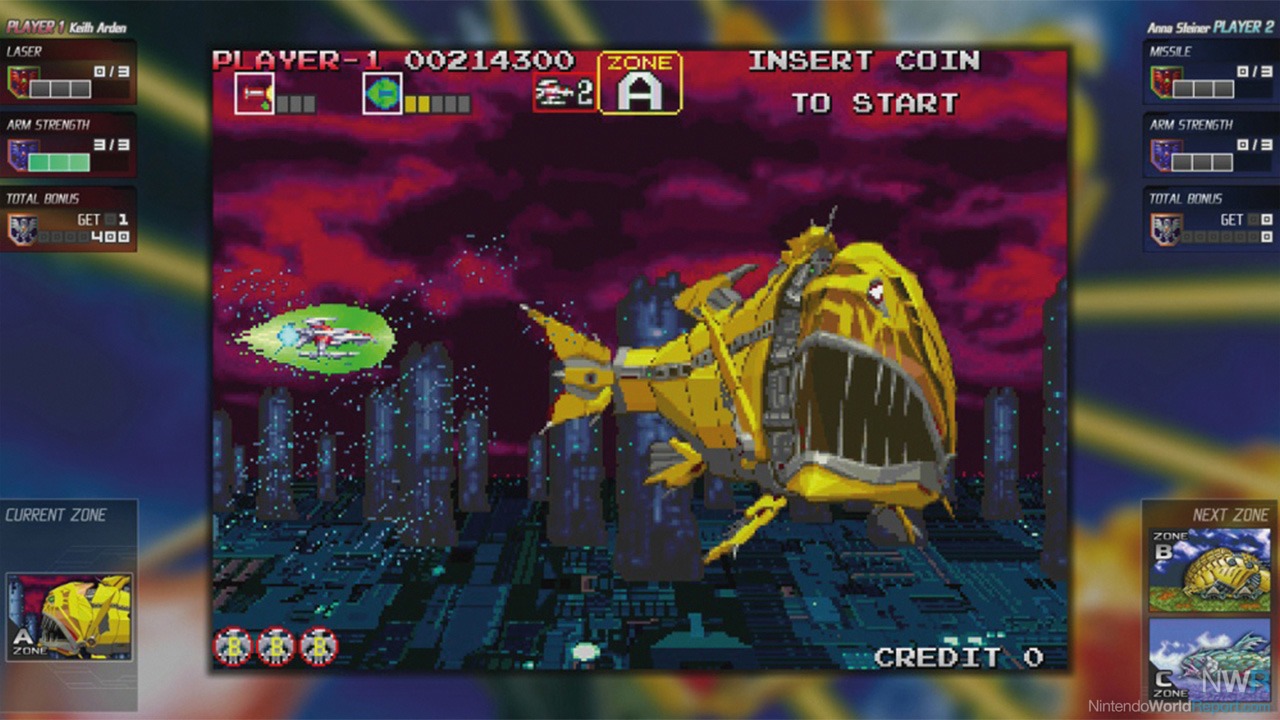 PROTIP: To beat the boss, shoot them until they die.

The structure of Darius games is a series of horizontal-scrolling shooter levels where defeating the boss gives a choice between two levels to attack next (using an expanded version of the path choices seen in the Sega Ages version of OutRun). The Darius originally starts with a tiny laser blaster and bombs that drop in about the 4 o’clock position, but taking out enemies can eventually upgrade the blaster to a wave beam and send missiles flying in multiple directions. Being hit too much will cause the ship to explode, and the next life will begin with a weapon downgrade whose severity depends on the game.

There are three main games in the collection: Darius, Darius II, and Darius Gaiden. The original has “Old”, “New”, and “Extra” versions with various balance tweaks, while Darius II’s overseas version (where it was known as Sagaia) has a version 1 and 2 (that according to the game, may never have been released). The Darius I and II variants have the effect of multiple horizontal screens, replicating the three screen nature of I and the dual (horizontal) screen of II. This collection is definitely not TATE mode/FlipGrip friendly. The games are punishing, but especially the original which can kill your ship AFTER it beats a boss if it’s left too far to the right after making the route choice. Once it moves to Darius II/Sagaia, however, it becomes a simple menu with an idea as to what background will be in play. Darius II and Sagaia also allow for keeping the weapon type you’ve unlocked after losing a life, so there’s no going back to the wimpy laser and missile after death.

M2 is responsible for the emulation of the games, and it’s their usual strong effort. The games include a “training” mode that allows for loading up as many weapon and armor levels as possible, plus a full stage select. The emulator options include three graphic display modes (pixel perfect, stretched, and fullscreen), fully customizable controls, and the option to toggle visibility to everything from the boss’s life bar to the strength of the ship’s armor. Maybe it’s just the games I play on Switch, but this collection also has the strongest force feedback I’ve felt on the system—even on the Pro Controller. Forget HD Rumble; we’re talking 8K Rumble. If I can ever find an original arcade machine for a Darius game, which based on the warning when I boot a game will require a trip to Japan, I would love to see if the original machine has this level of feedback. There’s also online leaderboards, though I did find it took 20-30 seconds to upload scores, and you can download replays of the top players to gawk at as well.

In a game where dodging fire is so important, the collection does a good job of making things stand out. Trying the full screen mode in both handheld and TV mode doesn’t scale as cleanly as I liked though, so I ended up playing most of the game in the widescreen mode which left plenty of room for other information. It’s not as bad with Gaiden, which is designed as a single screen game. The music when I could hear it was fine, but even with the sound set at 100 I had to turn the volume up on the TV just to hear it, as well as max the volume on the system when playing handheld. Be ready for that. 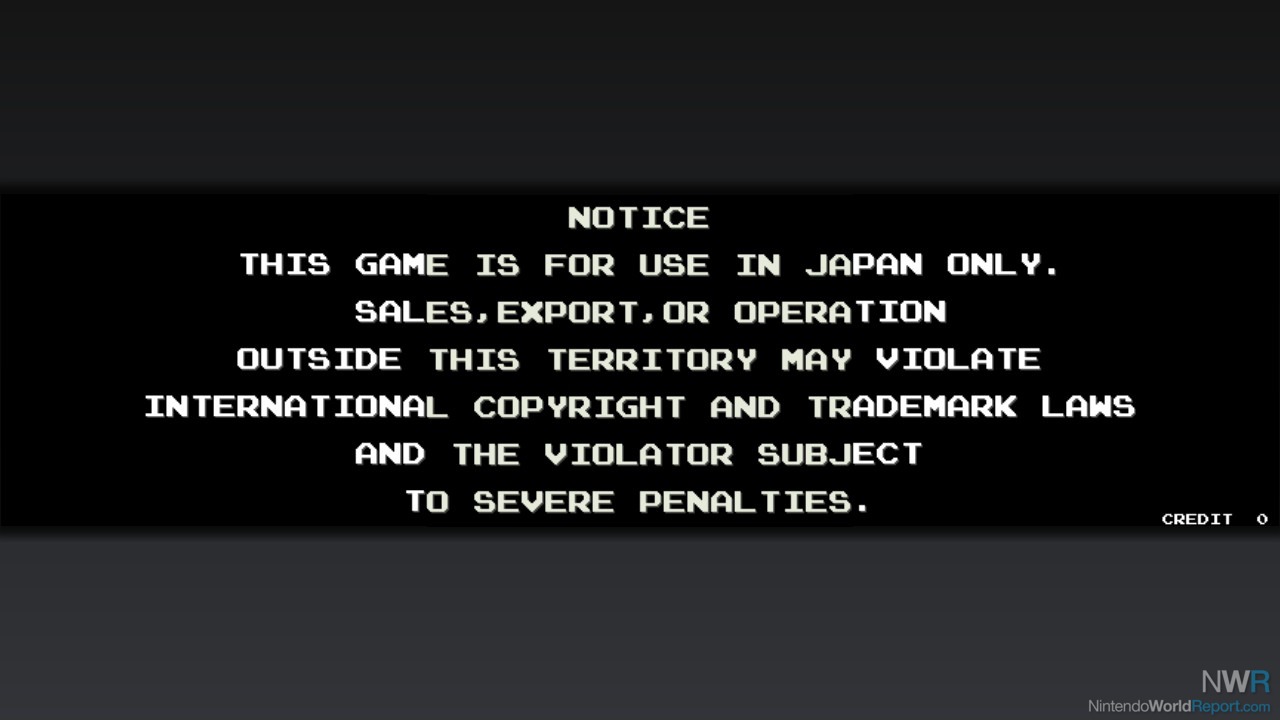 I remember reading about Darius first in early 90s game magazines, and thought I’d have to make do with the console versions. Playing the arcade versions actually made me even more excited to try the console games in the other collection that came out. There’s some frustration to be found in this collection, but overall it’s another quality batch of shooters for Switch owners.

A review code was provided by Taito.