Turning to a life of crime

Coming seemingly out of nowhere, the second and final DLC pack for A Hat in Time, Nyakuza Metro, released on November 21st. After the last DLC pack, Seal the Deal, was brought with some disappointment, the question is whether Gears for Breakfast has learned from their mistakes and put out a better package this time around. I’m happy to say that, for the most part, Nyakuza Metro is a worthy addition that fans of the base game will enjoy. 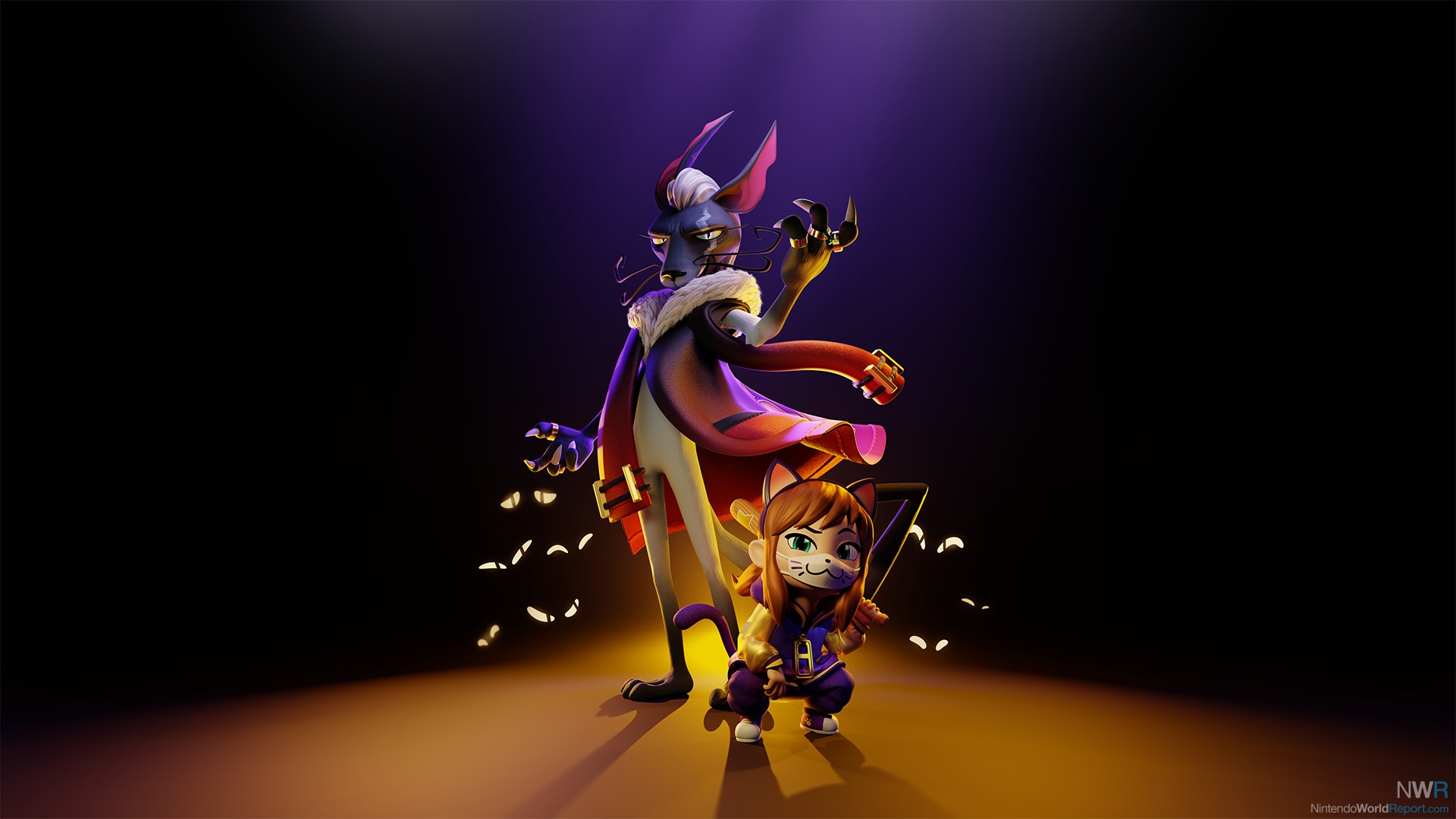 Compared to the last DLC pack, Seal the Deal, Nyakuza Metro attempts to put a greater focus on the chapter itself, as opposed to a split between a new chapter and a new mode. The new chapter takes Hat Kid underground to the Nyakuza Metro, an interconnected, cat-themed subway system that has a dark secret. Hat Kid is recruited by The Empress, the owner of a corrupt jewelry store, to find and collect the scattered Time Pieces for her. Unlike most chapters in a Hat in Time, Nyakuza Metro is a free-roam level, meaning that, much like Super Mario Odyssey or Banjo-Kazooie, the player is not kicked out of the level upon collecting a Time Piece. Although Alpine Skyline, the only other world in the game to do this, was criticized for its lack of coherency, Nyakuza Metro feels like a much more naturally connected world. There is always a clear path to follow, but even if you are lost, there is the option to turn off an accessibility mode in the main square and skip the exploration part of the chapter. Although I never used it myself, the option was certainly nice to have. 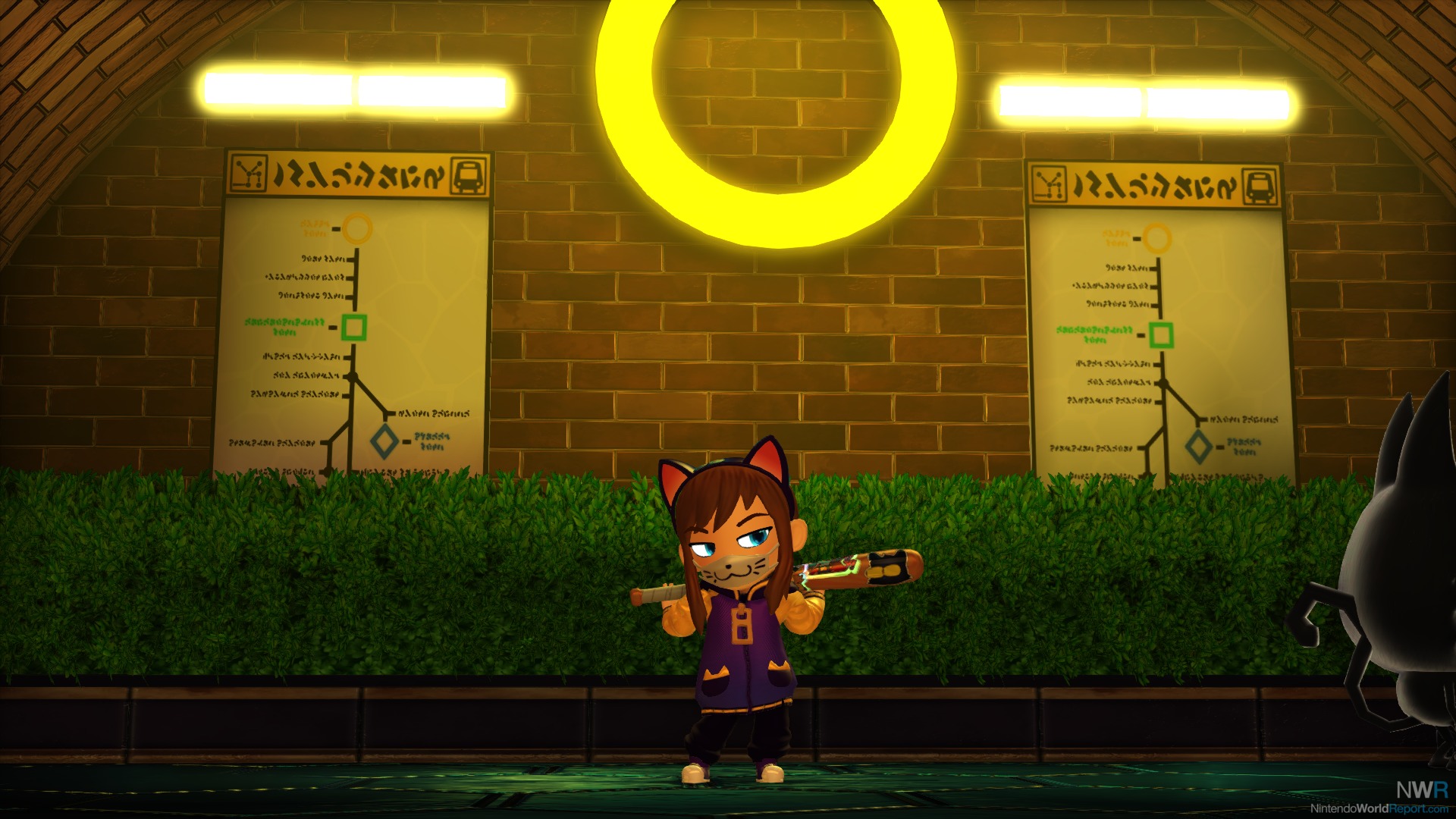 In total, there are ten new Time Pieces available in the DLC, with one being a new purple time rift. The nine main levels of Nyakuza Metro focused heavily on quick reflexes and plentiful platforming, making it by far the most difficult chapter in the game. Most of the challenges consisted of hopping on the roofs of subway cars and wall jumping through the corridors of the metro, but there are also a few new challenges, such as collecting electric pons to open the exit, which kept the mode feeling fresh. The purple Time Rift also was also fantastic, being themed after a factory. As someone who didn’t particularly enjoy these types of rifts in the main story, I was shocked at how much better it was designed than some of the other purple time rifts.

The biggest complaint, however, is the length of the chapter. Although there are ten Time Pieces to collect, it didn’t take more than an hour or so to do so. Even though it is still DLC, it was pretty shocking how quickly it was over. To lengthen the gameplay, there are also some new collectibles. There are plenty of new customization options, such as new colors, new badges, and new outfits, but they all need to be purchased from random cats around the metro. This, at first, doesn’t sound like an issue, but the cats look no different than any of the other NPCs around the metro, making them a struggle to track down. The other new collectible being featured here is stickers. These can be attached to your baseball bat as decoration or can be used in the photo mode to glow up some photos. These are by far the hardest collectible to track down, as the developers stuck them in the most obscure places. By the end of my playthrough, I had acquired 20 of the 55 available. They were a fun collectible to track down, but I don’t see myself going out of my way to find them all. 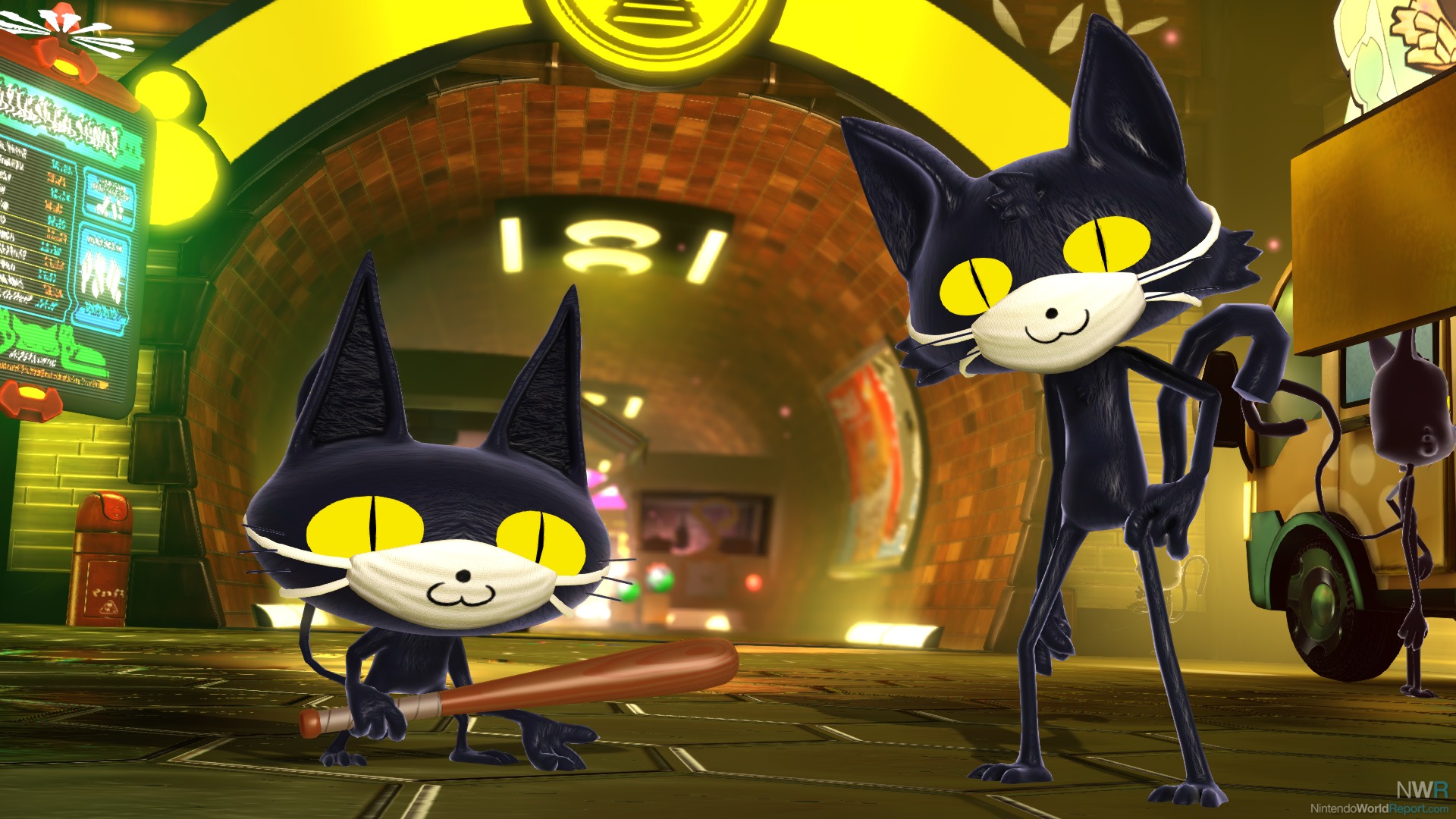 Originally, when the pack was released on PC, it came with the Online Party Mode: a 50 player online co-op mode. However, this mode is noticeably absent from the Switch version, likely due to the limitations of the Switch’s hardware. This also brings some issues with the other new content released in Nyakuza Metro. The aforementioned stickers were originally used as emotes while playing online, in addition to being used for photo mode. This ultimately means there is less incentive to finding all the stickers; although you can still use them as emotes, there’s no reason to do so while playing on your own. Ultimately, the lack of Online Party Mode is a real shame, especially considering it was one of the original selling points for the DLC pack on PC.

Overall, Nyakuza Metro is a great addition to an already great game. The new chapter and the vast amount of new customization options available made this DLC stand out far more than Seal the Deal. Although it suffers from short length and the absence of the Online Party Mode, the adventure was fun from beginning to end. If you enjoyed the base game, then you will certainly enjoy Nyakuza Metro.