With only a day’s warning, the first member of the Super Smash Bros. Ultimate Fighter’s Pass finally released this Wednesday alongside the game’s free 3.0.0 update. There aren’t many things in a fighting game that could be more exciting than a new playable character, but the latest patch to Nintendo’s biggest crossover ever marked the long-awaited return of the Stage Builder with an all-new community hub for players to share created content with each other. I’ve spent a lot of time getting used to Joker and prowling through the best player-made content to see if it was worth tanking Nintendo’s download servers for most of Wednesday night. I’m happy to say it was all worth the wait.

The announcement at the Game Awards last December that Joker would be joining Smash was a huge shock, but devout followers of Masahiro Sakurai knew that the Smash Bros. director is a big fan of Persona 5. Sakurai’s written about Persona a few times in his regular column in Famitsu and even attended the live Persona music concert in August 2017. His love of the series shines in how perfectly the leader of the Phantom Thieves has been integrated into the Smash Bros. roster. UI elements from Persona, such as dramatic cut-ins and a dynamic victory screen with voice lines from the Phantom Thieves, have been recreated perfectly. Joker’s debut on Switch was a labor of love for Sakurai and does a perfect job of showing off the style and flair of Persona to the Nintendo audience.

As much care has been put into Joker’s moveset as his aesthetic. Joker moves back and forth between two phases in battle. Joker’s default phase is a bit weak, capable of getting quick hits in but struggling to land any decisive strikes. In this phase, you’ll want to focus on using his unique counter, Rebel’s Guard, to build up a meter known as the Rebellion Gauge. When the Rebellion Gauge is full, Joker removes his mask and summons his persona: Arsene. This is when the second phase begins; Joker’s power increases dramatically and turns the tide of battle. 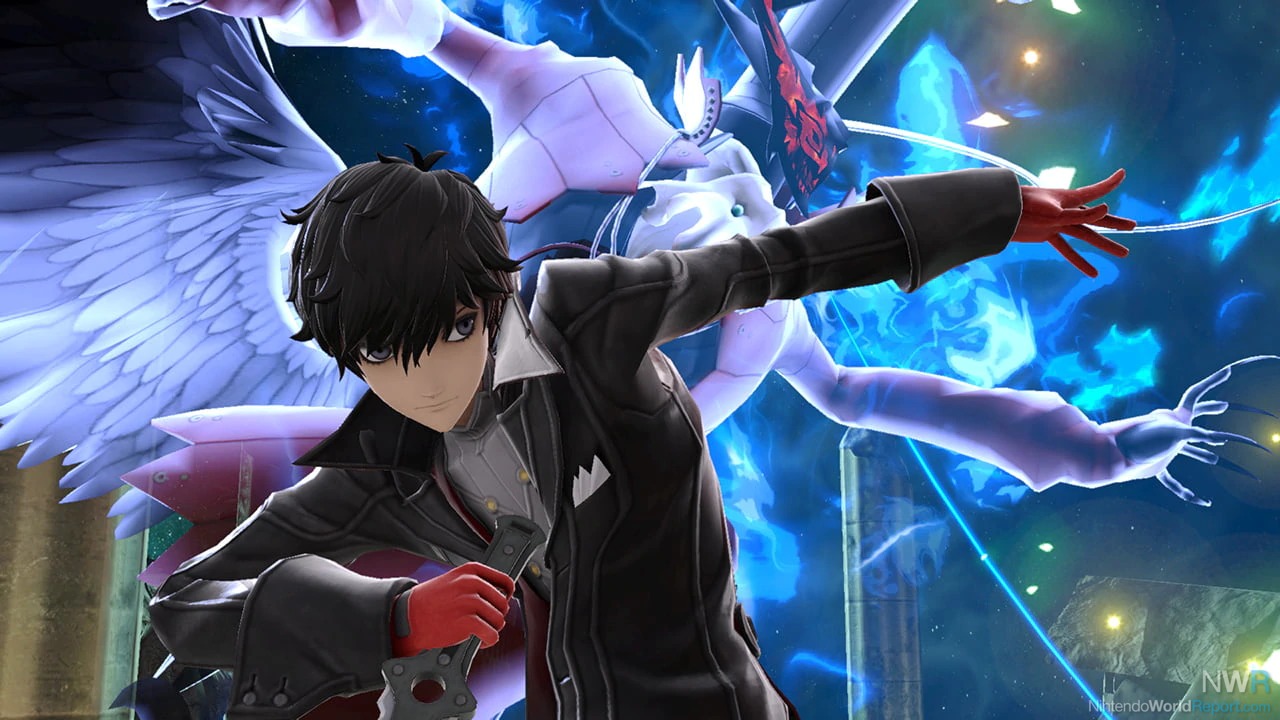 Arsene stands beside Joker, amplifying his user’s power. All of Joker’s attacks are more powerful, with his special moves taking on new forms entirely until the Rebellion Gauge depletes. This isn’t really how personas work in their home franchise. It’s more like Stands in JoJo’s Bizarre Adventure (another series Sakurai is a known fan of). As far as gameplay goes, making Arsene work more like a Stand was the right choice. Temporarily amplifying Joker’s strength creates a dynamic push-and-pull flow to the battle that keeps both Joker and his opponent on their toes, ready to respond to the changing tides as Arsene comes and goes. He’s one of the most fun characters in the entire roster and adds a ton of value to the game whether you’re a fan of Persona or not.

Each member of the Fighter’s Pass will come with a stage, and with Joker comes the labyrinthine dungeon from Persona 5, Mementos. I was dreading the possibility that Mementos would be Joker’s stage since January, as it’s by far the least interesting area in all of Persona 5. Thankfully Sakurai and his team have managed to win me over with their unique implementation of the dungeon: the key to Smash’s success was making the stage look nothing like Mementos. Instead, the stage is based more on Persona 5’s famous UI and menus with bright, striking colors and bold contrast. The result is a gorgeous spectacle, further displaying the memorable style that Persona 5 is known for. Mementos also has the additional feature of changing its color scheme based on which of the three modern Persona titles the music playing originated from. As a long-time fan of Persona I was delighted to see music from the series’ (recent) history represented, with past battle themes such as Mass Destruction and Reach Out to the Truth being the highlight of the music selection. 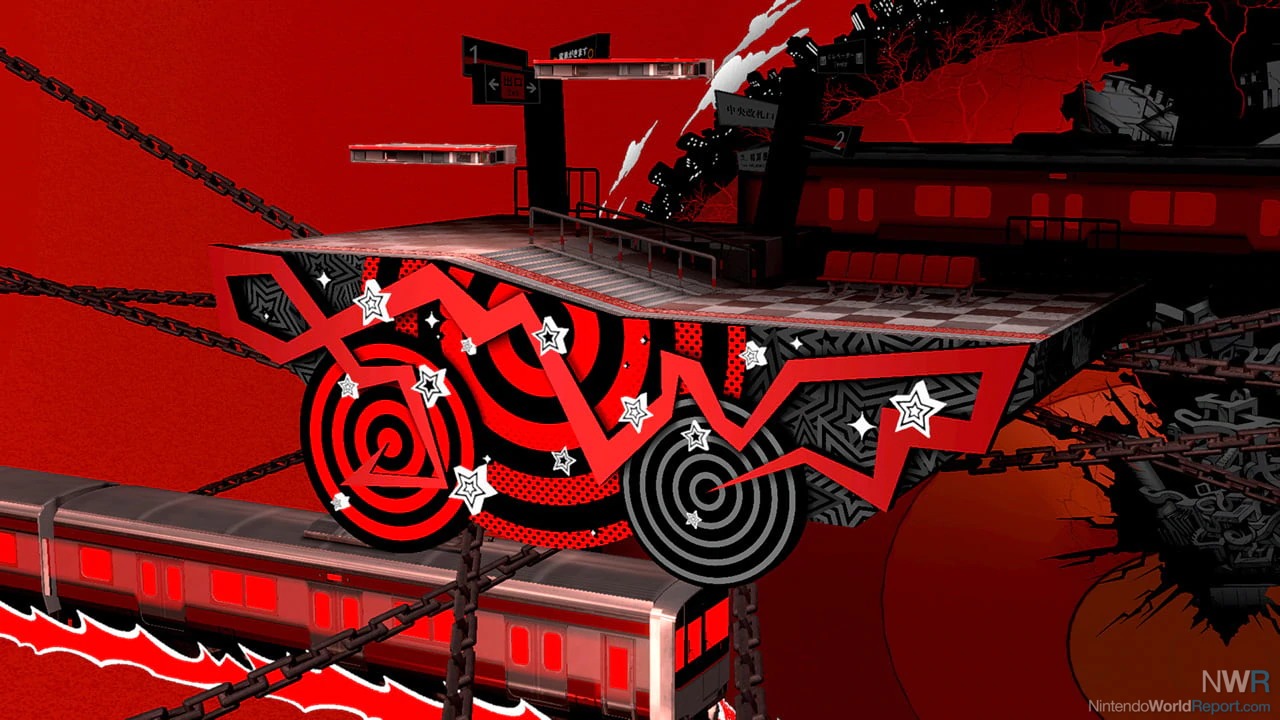 The gimmick of playing on Mementos is the threat of passing trains and encroaching walls that block the blast zones, causing fighters to bounce around the arena when they otherwise would’ve launched off-stage. I usually prefer to play with the hazard toggle turned off, so I found the gimmicks to be way too distracting. Thankfully, with hazards off, Mementos is a solid stage that adds a unique layout to the playable arenas. Mementos has an asymmetrical two-platform design that opens up different approach options depending on whether you’re coming from the layered platforms on the left or the open air on the right. It’s a layout that isn’t featured in any other stage in Ultimate, and I think it’s a great addition to the competitive stage pool even with the light slope in the middle of the stage. (#LegalizeCastleSiege)

For those who aren’t impressed with the Phantom Thieves’ infiltration of Super Smash Bros., the 3.0.0 still has plenty of value with the return of Stage Builder. The free-form drawing style from Smash Wii U returns with all new hazards and the new ability to add moving parts to the stage. My favorite addition is the ability to place decorative elements on background and foreground layers, allowing you to add an aesthetic theme to your stage without sacrificing playability. The Stage Builder is a more powerful tool than it’s ever been, which makes it a great time for Nintendo to roll out a new community hub.

The poorly-named Shared Content section gives players the opportunity to upload custom content they’ve created and download content from other players. In addition to stages, you can share Mii Fighters, replay data, and handmade videos made in the new editing tool. The creations of players all over the world is both a blessing and a curse, and I am excited by the creativity that people have already put on display. Stages range from classic homebrew game modes like Smashketball to recreations of classic locations like the Velvet Room or the Temple of Time to unique layouts for serious battles. The edited videos are a special favorite of mine, as I’m impressed by the best, worst and weirdest the internet has come up with. Recreations of Mufasa’s death from The Lion King and the fight between DIO and Jotaro in Stardust Crusaders are some of the funnier videos I’ve seen, but some truly surreal ideas have stuck with me for days. 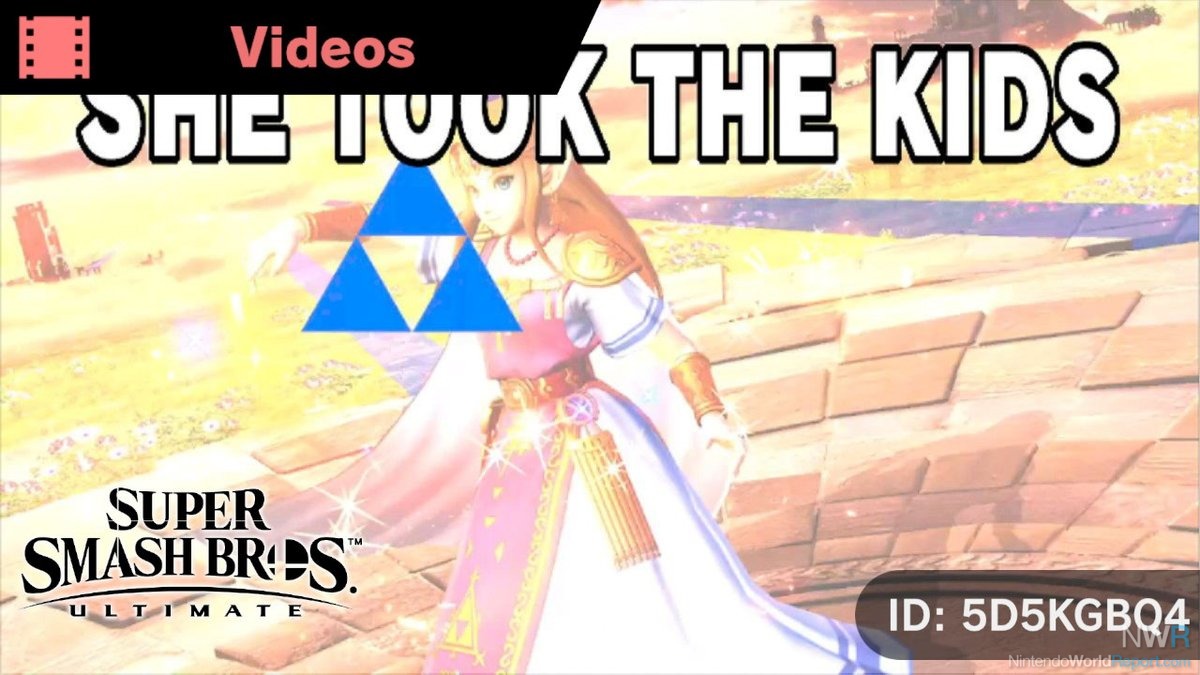 One memorable video has Ganondorf creeping up behind Isabelle and charging a smash attack with the text “no she has airpods” overlayed in bright red letters. A ten second video titled “MARIO NOOOOO” features Mario slowly walking up to Piranha Plant and throwing it off a ledge. Most bizarre is an entire genre of videos with titles such as “divorce”, “She left with chad”, and “KAREN!!!” that simply feature various characters (usually Donkey Kong) thrashing around a stage with the text “she took the kids” on screen. Venturing into the Shared Content menu is a strange and surreal experience, but it is one I unabashedly love. I laughed harder at a combo of Joker’s handgun attacks with the subtitle “g u n” than I have at some comedy films lately, I cannot wait to see what kind of things the community has come up with once they’ve had their hands on these tools for a while.

Between Joker, Mementos, Stage Builder, and Shared Content, the 3.0.0 update is the most excited I’ve been about Super Smash Bros. Ultimate since launch. Tools to create and share user-crafted content are always my favorite features in any video game, and Joker is the perfect realization of both a beloved series and a unique and fun fighter. The Stage Builder alone could add hours of new experiences to Ultimate, and I’m incredibly excited to see what features and characters are still to come before all five new challengers have been released by February of next year.