Wario prepared his own eSports tournament, microgames and all.

While talking about classic Nintendo franchises is nice, I’m always intrigued by the weird stuff.  The pinnacle of weirdness is WarioWare, a game where you complete a series of microgames. The larger than life characters and silly plots made it a series that I found instantly replayable. Naturally, the games were on the shorter side, but I would play them repeatedly for the best results. With WarioWare Gold, the series returns from a long hiatus. Like before, it uses the Nintendo 3DS to the absolute best of its abilities and I wouldn’t have it any other way.

In WarioWare Gold, Wario is back to his old tricks. The lad is planning a Diamond City-wide video game tournament and wants to ensure he’s the one who profits. To secure his victory, Wario calls upon of his old friends. Many favourites including Mona, 9-Volt and Orbulon make their exciting returns with their own unique microgame filled stages. There are over 300 of these quick games to uncover, so you certainly have a hill to climb. 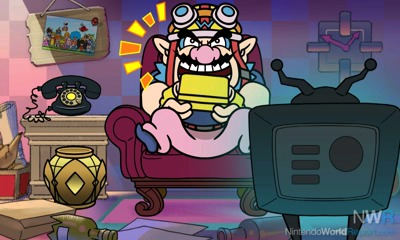 The story mode contains 18 stages to play through. 15 of these are split across three leagues: Mash, Twist and Touch. This represents the control scheme said microgames will be using and gives you the chance to learn all of their ins and outs. Every story segment starts with a Wario segment, explaining the option and giving intro games to boot. The final stages mixes everything together, plus adds snappy and microphone games to throw you off-guard. I really enjoyed the set-up of the story, and I felt a bit more challenged than in previous iterations. Sure, you can get through them with relative ease, but there is always something that surprised me. Deep down, I did wish that the campaign was a few stages longer, because it kept getting stronger and stronger.

The biggest improvement in story mode, however, are the new fully voiced cutscenes. Simply put, this is the second time a fully voiced Nintendo game gave me a shock (Fire Emblem Echoes being the first). While it is mind-blowing to hear Charles Martinet say full lines as Wario, the other voices are equally impressive. Fronk, a long standing side character from the series, has a voice that is too good to spoil. The style of WarioWare Gold surprised me as well. I was unsure about it during the game’s announcement, but seeing it in motion put my mind completely at ease. The silly movements and Saturday morning look really struck a chord with me.

However, the microgames are obviously the star of the show. While a lot return from previous iterations of WarioWare, most sport a new style that makes them feel completely new. In addition, the various new games feel that they belong here, ensuring that the game feels coherent. The whole experience feels easy on the eyes, even in the most frantic of situations. This was vividly clear during the title’s three Nintendo segments. 18-Volt’s section sees you seamlessly switching from controlling a Wii Remote to spraying goo away in Super Mario Sunshine. 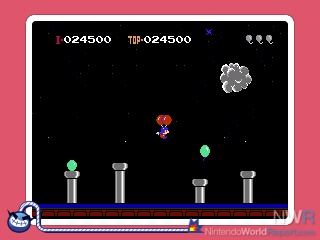 What is important to note is that WarioWare Gold flows excellently. This is important, particularly for the later stages of the game. I found it surprisingly easy to quick switch between control schemes, something I honestly didn’t expect. Personally I would have the stylus clammed in my right hand, all the while going through the Twist and Mash games. When the time came to switch, I would free my right hand and keep holding the system on one side. It worked well enough that I had time to react, which is the most important thing.

Beyond finishing the main campaign, you can obviously go back and try your luck at setting some high scores. Between rounds, you are rewarded with coins that you can spend at the Capsule Machine. While grinding coins works decently in story, there are more ways to earn than ever before. The game offers a gigantic list of missions to partake in. The objectives range from unlocking all the games in a certain set to finishing a story mode stage at all three difficulties. This is a fun way to keep you engaged with the title, long after you completed the big quest.

Another slew of options actually open up once you finish the story: the challenge modes. Yes, you can earn money here as well, though the trials ahead can’t be taken lightly. Just like previous WarioWare games, you have your challenge tower experiences available. You can beat a slew of microgames in All Mixed Up, have a singular life in Thrill Mode and opt for a difficult session in Super Hard. These can be played in the four different leagues, so you can make it as hard as you like, which I love. 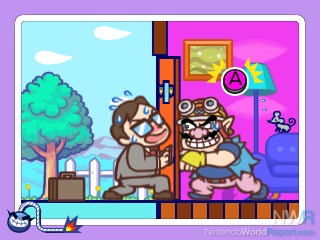 As far as the other modes are concerned, most of it is completely new. WarioWatch keeps you battling against time. If can complete the microgame, more time will be added to the clock, keeping you alive in the process. The key is to react fast and knowing the microgame that is coming up. Sneaky Gamer makes a return from Game & Wario. There are three basic levels and an Endless Mode if you feel daring. Not much has changed since the original, but it remains a fun experience to play.

SplitScreen sees you constantly switching between the top and bottom screen for microgames. This becomes hectic fast as your eyes need to shift immediately once a game ends. It is an incredible clever idea that required you to stay sharp. Cruise Controls sees you playing a series of Mash microgames. The goal is to do this in the quickest time possible. You will have to adjust the speed by tilting the Nintendo 3DS up and down, making for something that can go awry fast. While there is one more mode I can mention, it does have to do with the end of game. The only thing I can say is this: you aren’t ready.

After all your work, it is time to spent some quality time in the Capsule Machine. With every spin requiring 600 coins, you will be busy for quite a bit. It took me around 14 hours to unlock everything, and even then, I haven’t completed all the missions and challenges yet. Anyway, to be completely honest with you, the unlockables aren’t too terribly exciting. There are 14 minigames to get, which is awesome, but there isn’t much to engage with for long after that. 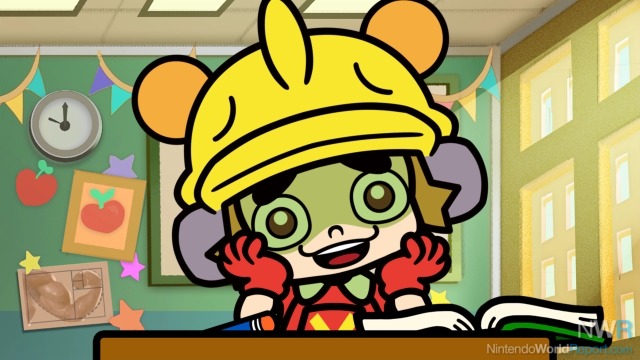 Just like previous WarioWare games, there are a bunch of phone numbers you can call, but these are all just text based. In a game that features this much voice acting, a number of additional lines really wouldn’t have hurt honestly. There are also recordings of older songs in the series, a micro Nintendo museum and a bunch of character themed alarm clocks. Outside of minigames, I spent most of the time with Studio. It is here that you can voice you own cutscene clips, which is amazing. Another thing I adored was Wario’s amiibo Sketch. It is here that Wario draws an image based on the Amiibo you scan. The results are pretty magical!

WarioWare Gold is grand game for veterans and newcomers alike. The title features a top notch selection of microgames, which kept me glued to the screens for hours. Even now, I still feel that I’m not done yet. There is an intention to get the highscores on everything and complete a bunch of objectives when I can. This is why WarioWare Gold works so well. You have the intention to simply play it again and again. Are there a problems? Just a few. I wanted the main campaign to be slightly longer and some of the rewards are unremarkable. Those problems didn’t cause much harm to my overall feelings, but it is room for improvement when the series returns yet again.

I got it today and Im playing it right now. It is SO GOOD. Easily now the best WarioWare game.
I really like 5-Volt, its like microscopic demos for games I wouldn't expect, like Pushmo (or Crashmo? I don't know), Super Mario Kart, Donkey Kong Country, Yoshi's Island, some Virtual Boy game I don't recognise, a new looking Fire Emblem and even Ocarina of Time

Saw a bunch of the Amiibo drawings and they're utterly hilarious too. If you have New3DS and a few of them around, definitely try out that functionality before looking them up haha.

Are there a problems? Just a few. I wanted the main campaign to be slightly longer and some of the rewards are unremarkable. Those problems didn’t cause much harm to my overall feelings, but it is room for improvement when the series returns yet again.


Honestly, in reading this review, it seems like this is already a huge leap / improvement from past titles. And yet, you still aren't satisfied? Another insatiable gamer! I'm quite impressed by all the modes and touches this game has. I'm even more excited for this game now. Seems like the most impressive game since Metroid: Samus Returns. This might be the last big hurrah title for the 3DS since I think everything else in the future now is pretty much a remake or port. I wonder how it will do sales wise since, aside from Pokemon Ultra / Sun and Moon, 3DS titles just are selling that well since the Switch came out. Even in Japan, 3DS games are not doing much business anymore. It seems the Switch's portability is indeed taking over Nintendo's handheld market.