This might just be a half-step forward for Splatoon, but the first step was so good that it’s not really a bad thing.

Splatoon’s rapid ascension to top-tier status at Nintendo has been somewhat mind-boggling. Since the first game’s debut on Wii U in 2015, the heroic Inklings, their humble Turf Wars, and their pop star icons, the Squid Sisters, have become a key part of Nintendo’s lineup, with multiple Amiibo and even a guest appearance in Mario Kart 8 Deluxe. Splatoon 2 on Switch is launching with Splatoon being a successful, proven concept, and because of that, it’s refined and polished, focusing on the core elements that were most beloved from the original while adding a few new and welcome twists. Splatoon 2 does often feel more like Splatoon 1.5, but when nearly every part of the game is beautifully fun and endearing, it doesn’t really matter whether this feels like a true blue sequel or not. All that matters is if it’s a good time, and boy oh boy, Splatoon 2 is a good time. 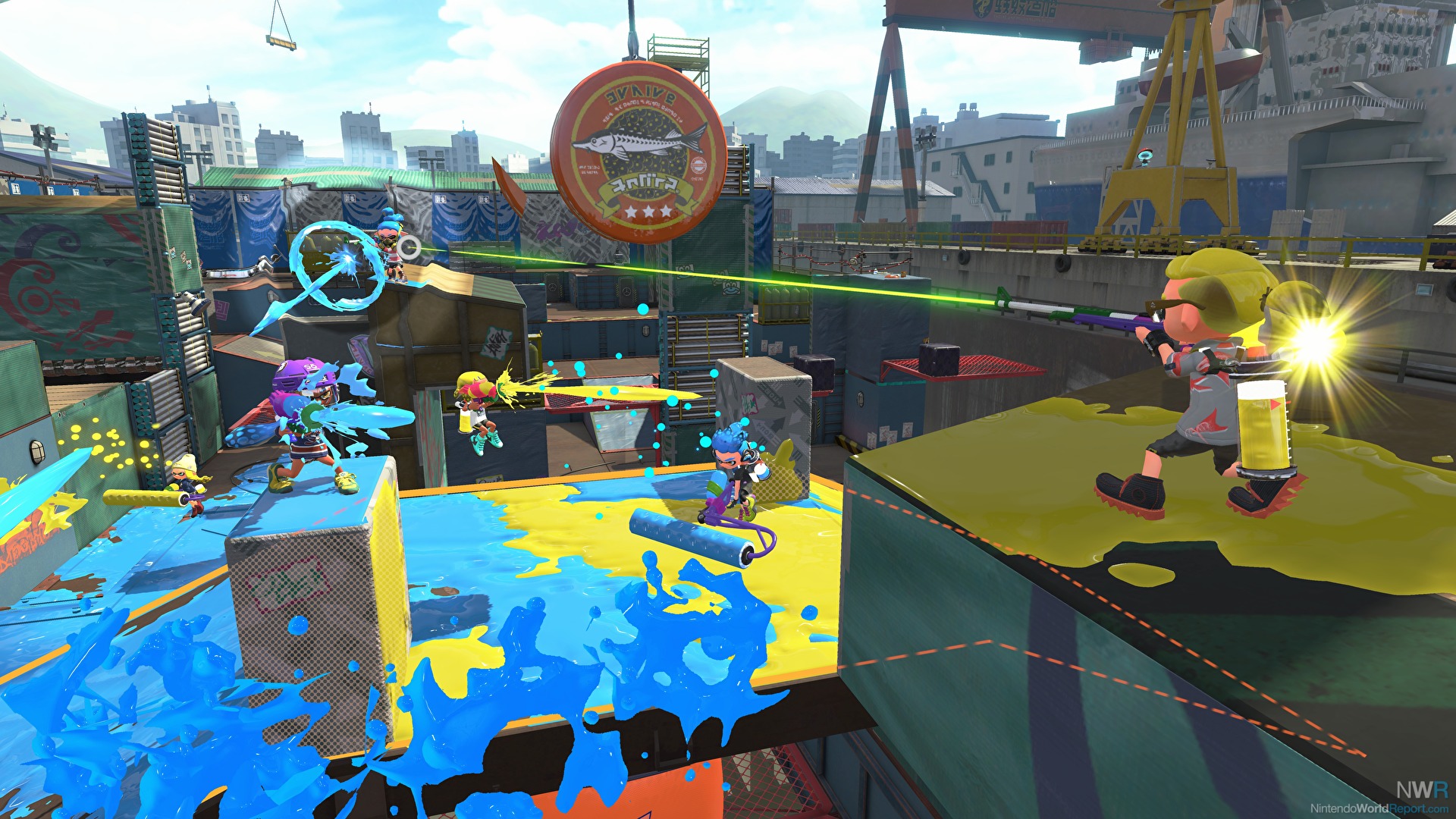 The core is once again the online multiplayer. Turf War and Ranked Battles are back in more or less the same form. Changes are mostly made to accommodate for the lack of a second screen, as the map is brought up with a button instead of always being on the GamePad. I thought that would be more intrusive, but it works very well and it’s easy to jump to your teammate’s positions quickly. Each Ranked Battle type has some tweaks, with Rainmaker adding a new and improved weapon that functions more like a Charger, and Tower Control adding checkpoints that help reduce absolute slaughters by one team. League Matches are a more structured way of playing Ranked, turning each two-hour map rotation into a quasi-tournament. Other than that, these modes are essentially exactly what they were at the end of the original Splatoon, complete with the option for Private Battles. The hooks for the Nintendo Switch Online app are in there, but that won’t be up until launch.

The similarity to the original really isn’t bad; this is all still an absolute blast, especially when you’re toying with new weapons and the more engaging special abilities. The major pratfall of online is that you still can’t switch your weapons in between matches without completely backing out. You might be having a blast with a certain group, but if you want to switch your gear, you have to leave the party without much of a promise of getting to play with those same players again. 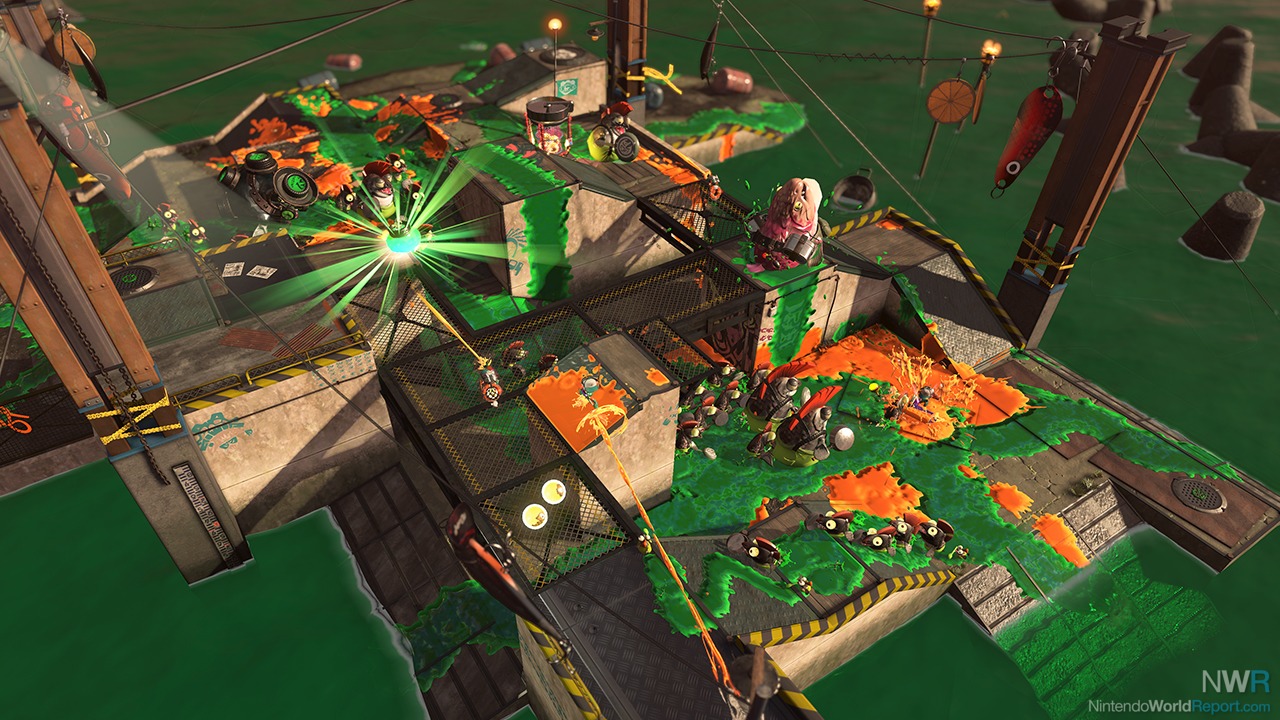 Salmon Run is the largest addition to Splatoon 2, adding a horde-style mode to the experience. Under the right conditions, Salmon Run is masterful as you work with three others to strike Salmonoids of all shapes and sizes and collect as many eggs as possible. The online experience does neat things where you are randomly assigned a weapon from a set selection. While the first time I was saddled with an unfamiliar weapon was frustrating, I enjoyed this because it helped me improve my skills with each weapon in a non-competitive environment. Through using the Slosher here, I was able to go back into Turf War and actually use it more effectively.

Unfortunately, Salmon Run has a few things that make it a monkey’s paw of a mode. For some reason, it’s only active during certain 24-hour time periods. So, if you want to play the one major new mode in Splatoon 2, you need to make sure you’re online at the right designated time. We don’t really know what exactly the schedule will look like, but if it’s anything less than “basically every day,” it’s hugely disappointing.

The mode is also playable offline, but only if everyone has a Switch and a copy of Splatoon 2. No local multiplayer or split-screen on one system is present here. I was able to play a lot of two-player local matches, but the sad reality is that the mode doesn’t really work as well as a two-player experience. If you can get three or four people together for local Salmon Run, that’s awesome and ideal, especially since you can select what weapon to use. 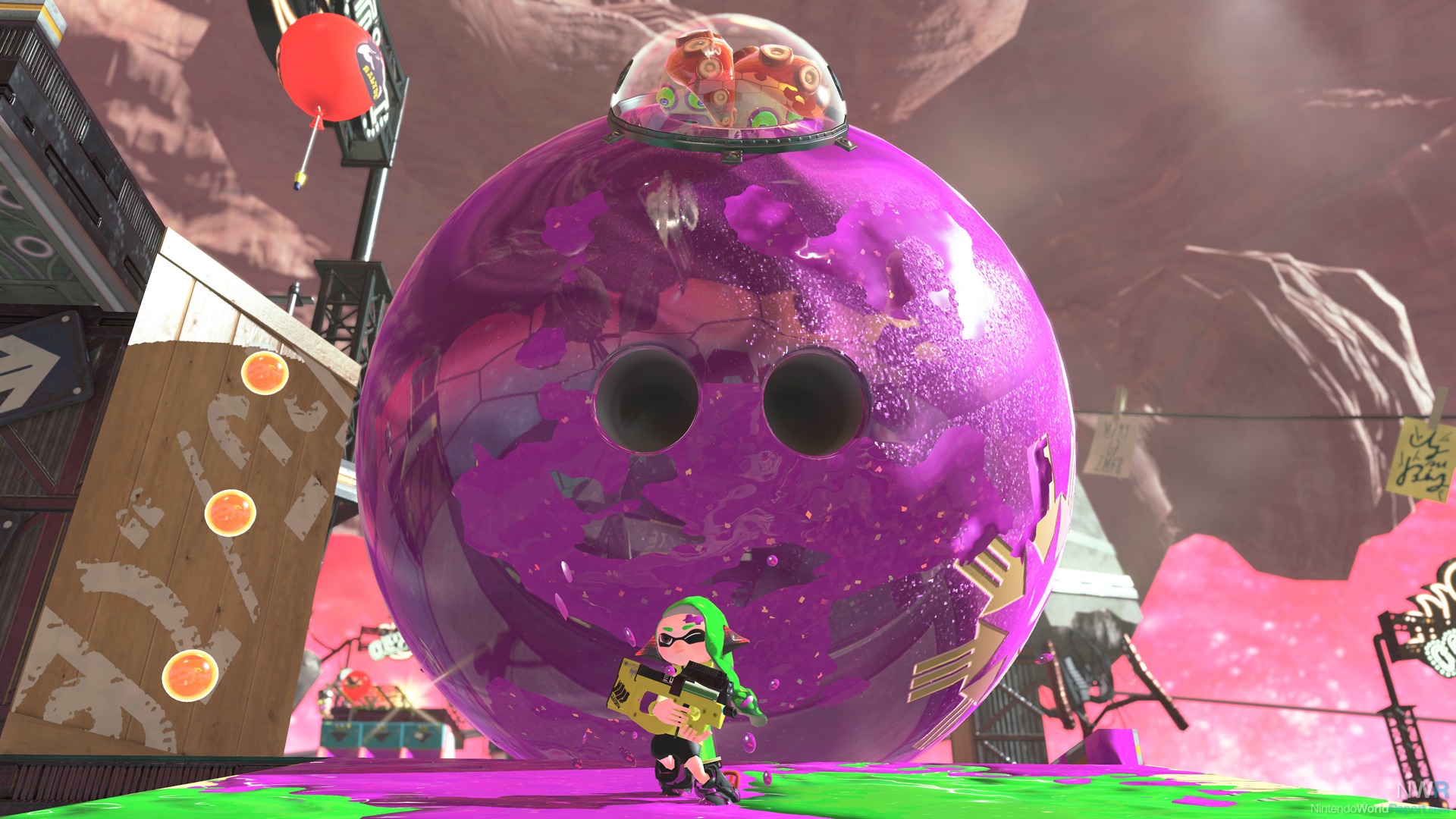 The single-player Hero Mode is, like the similar mission-based quest in the original, largely fantastic. The level design is far more inventive, with a number of novel ideas that lead to satisfying and exhilarating moments. Inkrails are used to amazing effect among some other later surprises. A few of the later levels are overly reliant on tricky platforming, which isn’t the strongest part of the single-player, even more so when the camera gets in the way. But those are rare misses in what is a strong nearly 30-mission campaign that took me more than five hours to complete the first time through. Replayability is more of a focus this time around as every stage can be played with eight different weapons that you unlock across the adventure. Once again, much like online Salmon Run, this will help you improve at using weapons you might not be familiar with, which funnels directly back into the competitive multiplayer.

Under the right circumstances, Splatoon 2 is absolutely amazing. As long as you’re online rocking Turf Wars and Ranked Battles, those circumstances are way right. Salmon Run is brilliant, but only being able to play it at specific times is downright awful, and the local form of it requires a wealth of systems and games to work optimally. Still, even with those woeful limitations, Splatoon 2 is the best online game on Switch and with more updates coming down the road, could stay that way for a very long time. This might not be quite as fresh as it was in 2015, but it is certainly, as Marina and Pearl say, “off the hook.” 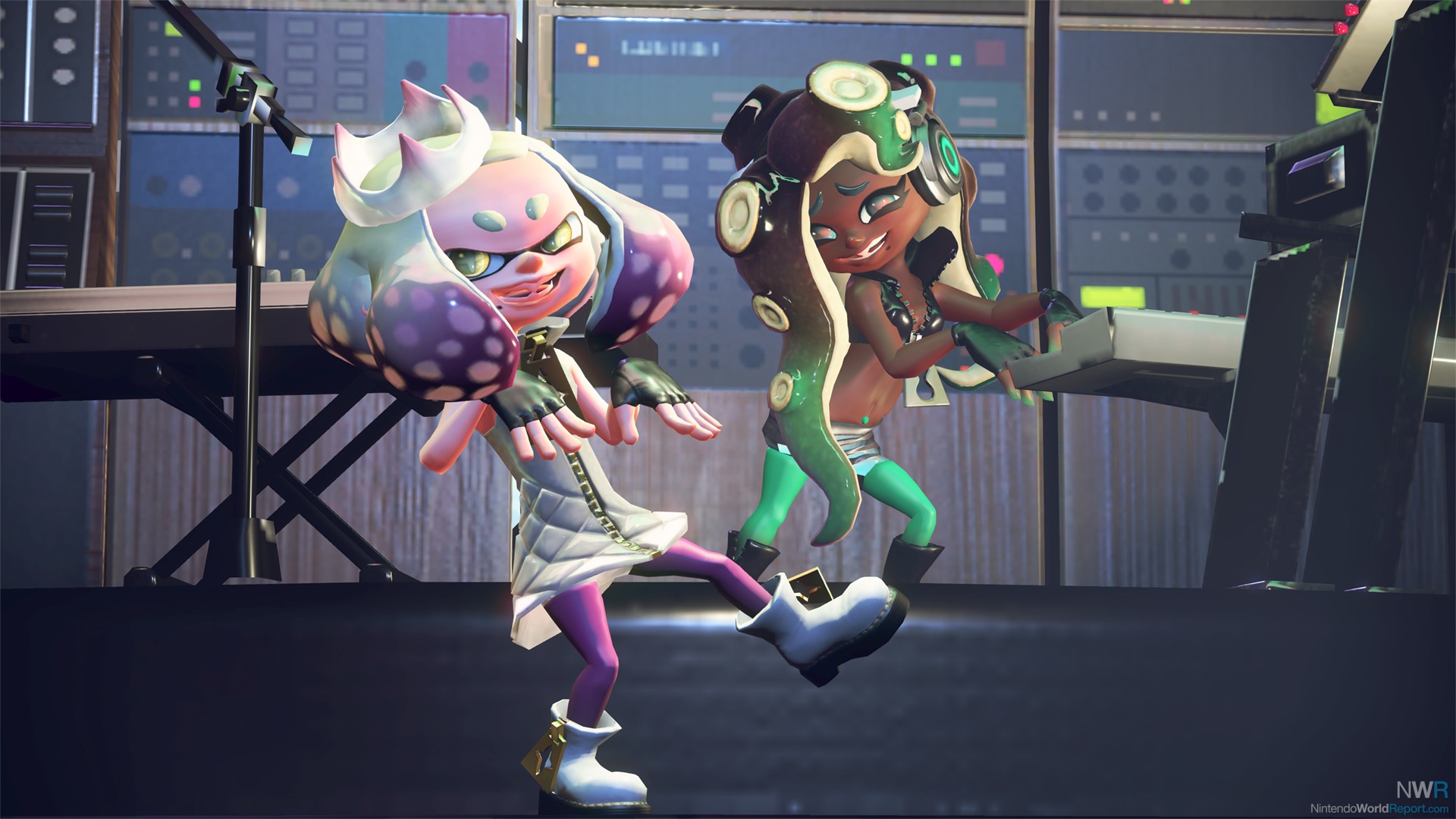 Dropped upwards of 25 hours across all modes, collecting most everything in Hero Mode, getting up to level 12 in Turf War, struggling to get my rank up in Ranked Battles, and helping out Grizzco for a few hours in Salmon Run.

Salmon Run restrictions are a little disappointing but the rest sounds great. I cant wait to get it on friday

Is the touchscreen jumping missed, or no big deal?

Is the touchscreen jumping missed, or no big deal?

It's either the worst thing ever or no big deal at all. I'm more in the latter camp, but totally understand why the people who loathe it loathe it.

It doesnt bother me at all. I very rarely jump to other players

You can also tilt to pick where you want to super-jump.

I really like that the game seems to have 2 control settings: one for handheld and one for docked.  The motion controls make it really hard to play in handheld, so I'm glad I could turn them off, but leave the option to still use them when I'm playing with the Pro Controller on my TV.