Slash and dash your way through this brisk (and short) adventure. 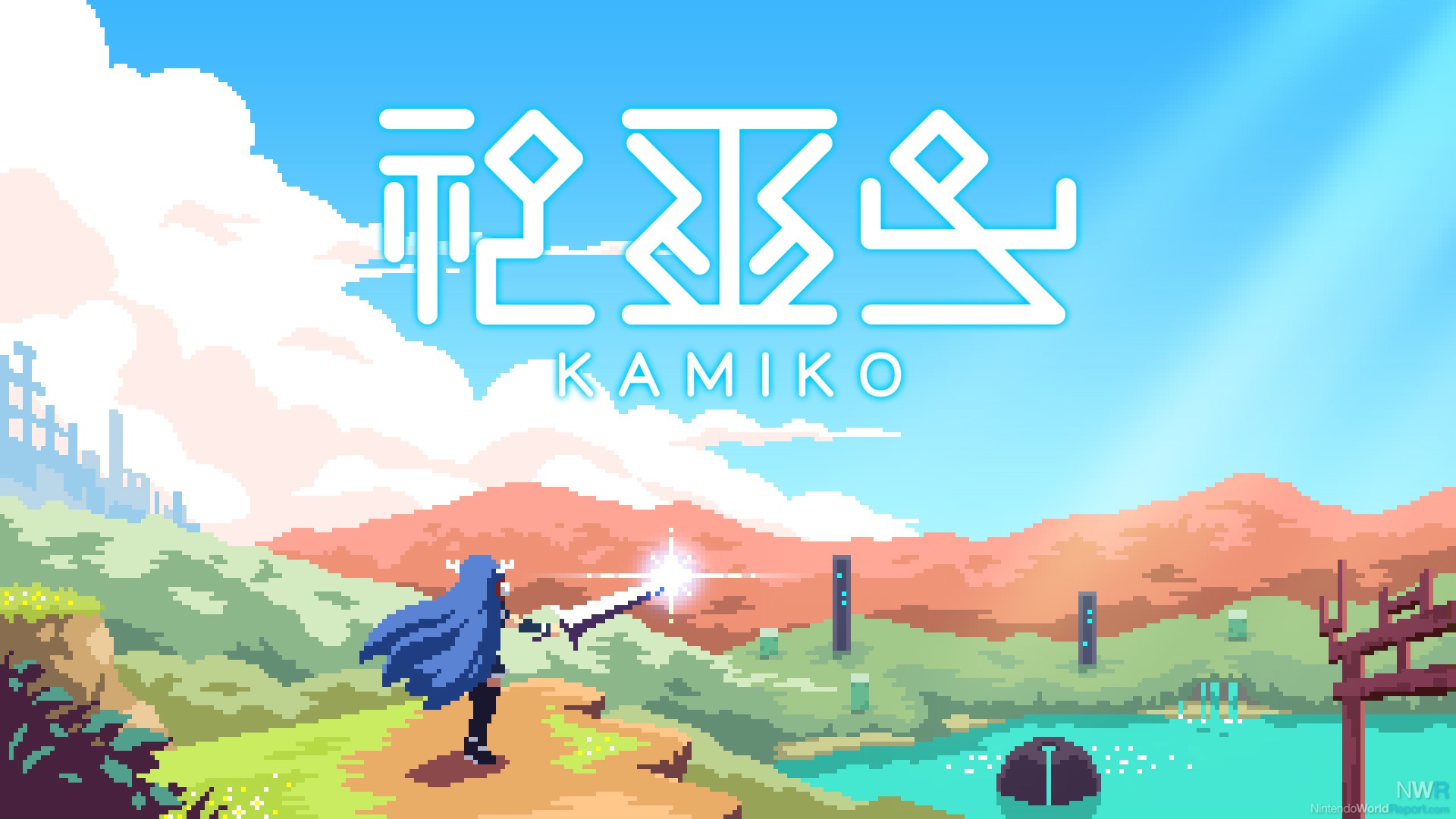 Unassumingly, a new game called Kamiko, coming from Circle Entertainment and Skipmore (developers of Fairune on 3DS), has launched on the Switch eShop. This bite-sized adventure is   a fast-paced action game with light puzzle elements sprinkled throughout its level-based campaign. Three different characters, each with their own unique weapon ability, can be used to traipse through the action. One of them is Yamato, who uses a sword for close and wide attacks. Next is Uzume, who wields a bow and arrow for a slower but farther ranged attack. The last character Hinome, who has the most complex weapon set as she uses a mirror to throw like a boomerang and also has a dagger for very close range attacks. 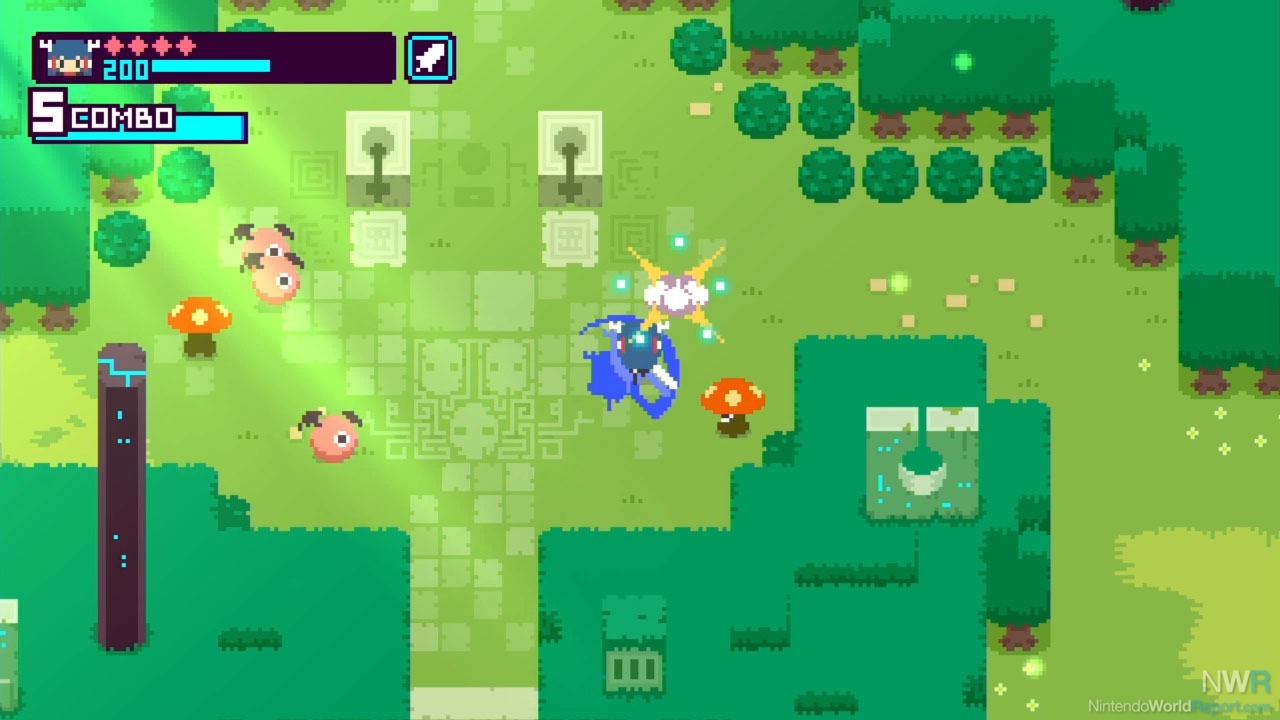 The controls in Kamiko are simple. You can walk with the D-Pad or Analog stick, hold B, L, or R to run, and press Y or A to attack. No crazy combo attacks are available to learn, but if you hold down an attack button to charge you can unleash a devastatingly powerful special attack, which uses up SP. Sure, it would be nice to have to have a deeper and more complex combat system to change things up during your battles, but the way it is designed does makes it an easy pick-up-and-play game that anyone can learn and master quickly.

Kamiko is definitely not a long experience. I clocked in my first full play-through with one character at around an hour and 15 minutes. While this may seem like a short amount of time, I found it to be a very appropriate length for what the game actually offers. 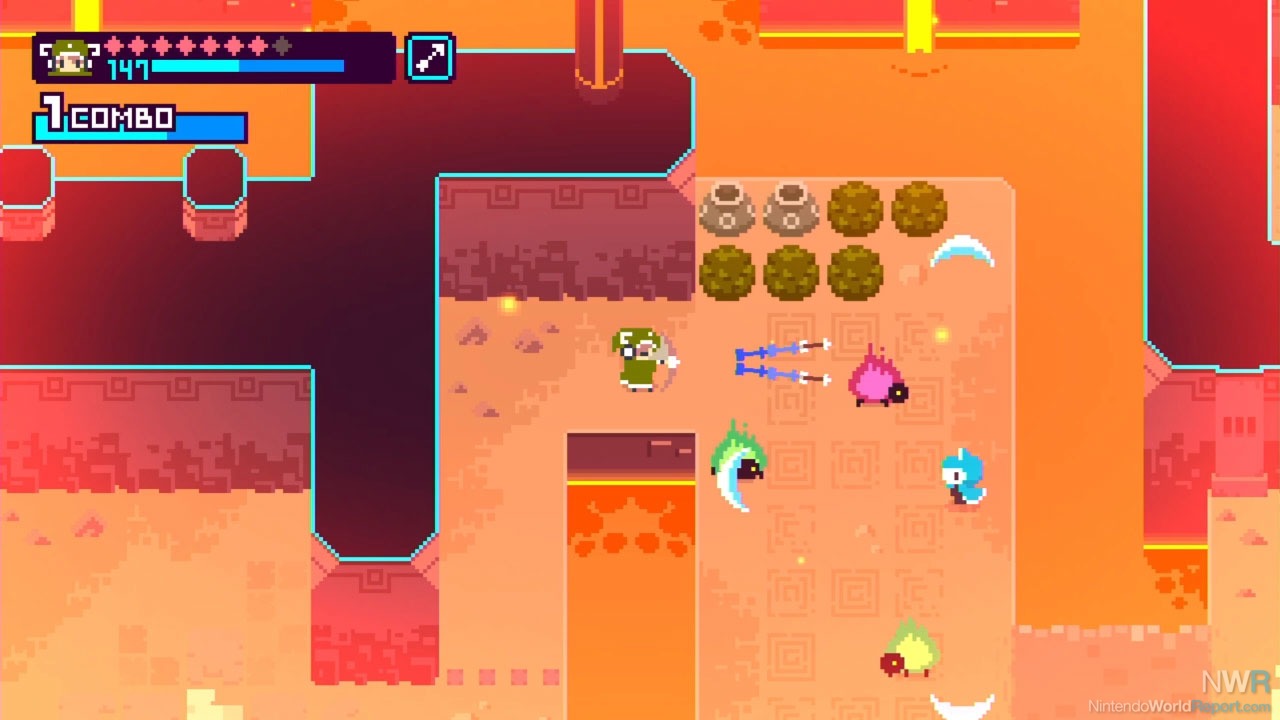 There are four levels in Kamiko, each with a different aesthetic and end boss. The goal in each level is to release four different sealed gates, which also serve as save points, hidden throughout the level. Accessing these gates is where the puzzles come into play. Uncovering them happens by using a combination of switches, levers, and warp points (among other devices). The map unfurls quickly as this is done. This game encourages speed not only with the variety of run buttons it offers, but also with the combo meter.

One of the main hooks is that combo meter. Defeating enemies in quick succession helps you keep a meter active and growing, netting you more and more SP. The meter runs out after a certain amount of time or when your hero takes damage. SP works as both a currency and a magic meter (for your special attacks). Each sealed gate and treasure chest requires SP to unlock, though SP is plentiful and easy to accrue. Unfortunately the relative ease of getting SP does make its use of currency a little meaningless, as I always had the maximum amount practically all of the time, only using special attacks at the boss encounters. Treasure chests hidden in secret areas throughout the map (and before each boss) contain upgrades to extend both total SP and health bars, which will help as the enemies get more complex to defeat. 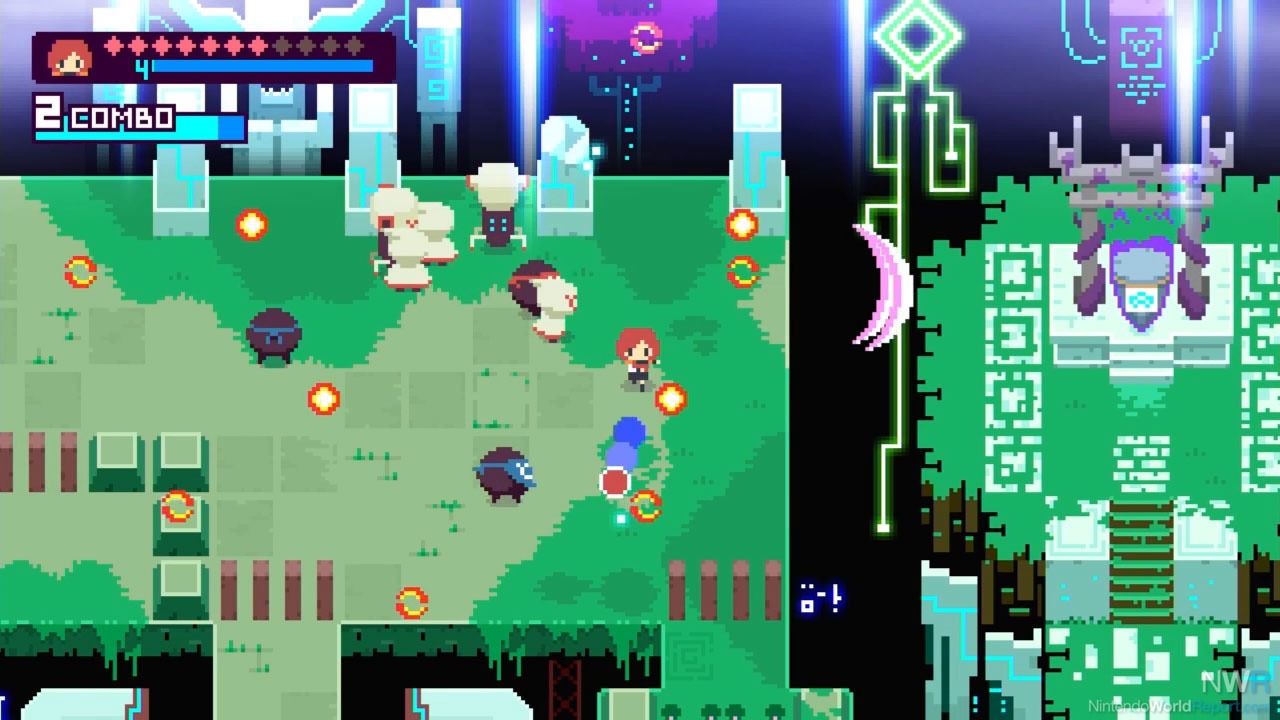 One of the best things that Kamiko has going for it is its gorgeous art style and color scheme. As I slashed my way through enemies, I was treated to a brilliance of greens, blues, and reds that pop out in a clean and beautiful landscape. Every character, enemy, and boss design looks thoughtfully crafted, and combined with the nice music and sound effects it really makes for a great atmosphere. 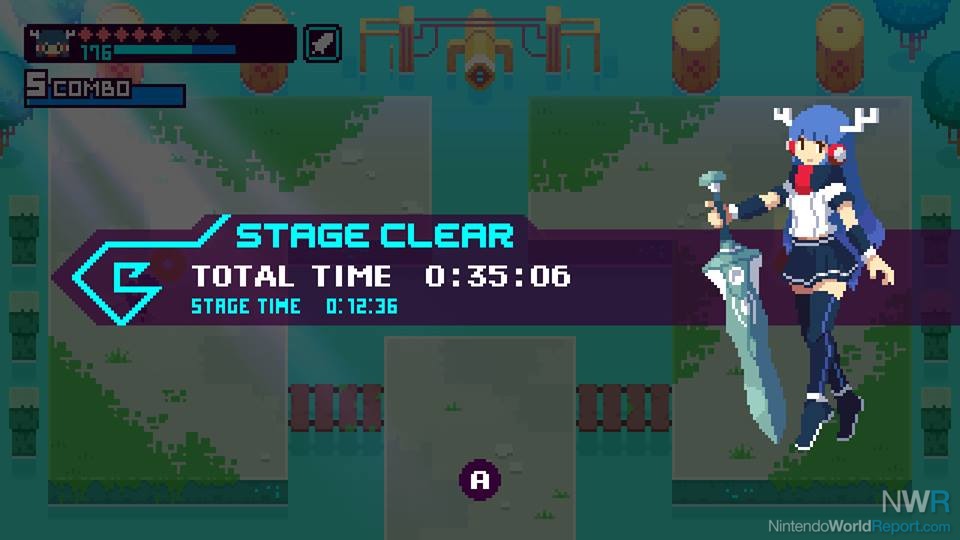 Overall, Kamiko on Switch is a nice little game that naturally has the benefit of being both a portable and docked experience, but I can't help but wish that there was more to the game. Every aspect comes down to being simple and fast, which works in many ways but doesn't create a very dynamic experience. The four levels task you with repetitive tasks, but thankfully because of the short length, the gameplay really doesn't overstay its welcome. I would recommend Kamiko to anyone who enjoys fast action and is looking for a short arcade-like experience to play on Nintendo's latest console.