A second look at the Frozenbyte roguelike

Sometimes it is interesting how your perceptions of things can change from the first time you watch something being played to actually playing it, and this can work both in positive and negative directions. I remember back when Nintendo did the Treehouse presentation of Has-Been Heroes I was completely indifferent to it. I saw the lanes, the slow creeping of doom of oncoming enemies, what looked like some nifty animations, and what seemed to be a constant pausing of the gameplay. It felt slow, I couldn't really get an appreciation for it in that format or time, and I couldn't get any real sense of what was going on at all. MEH! 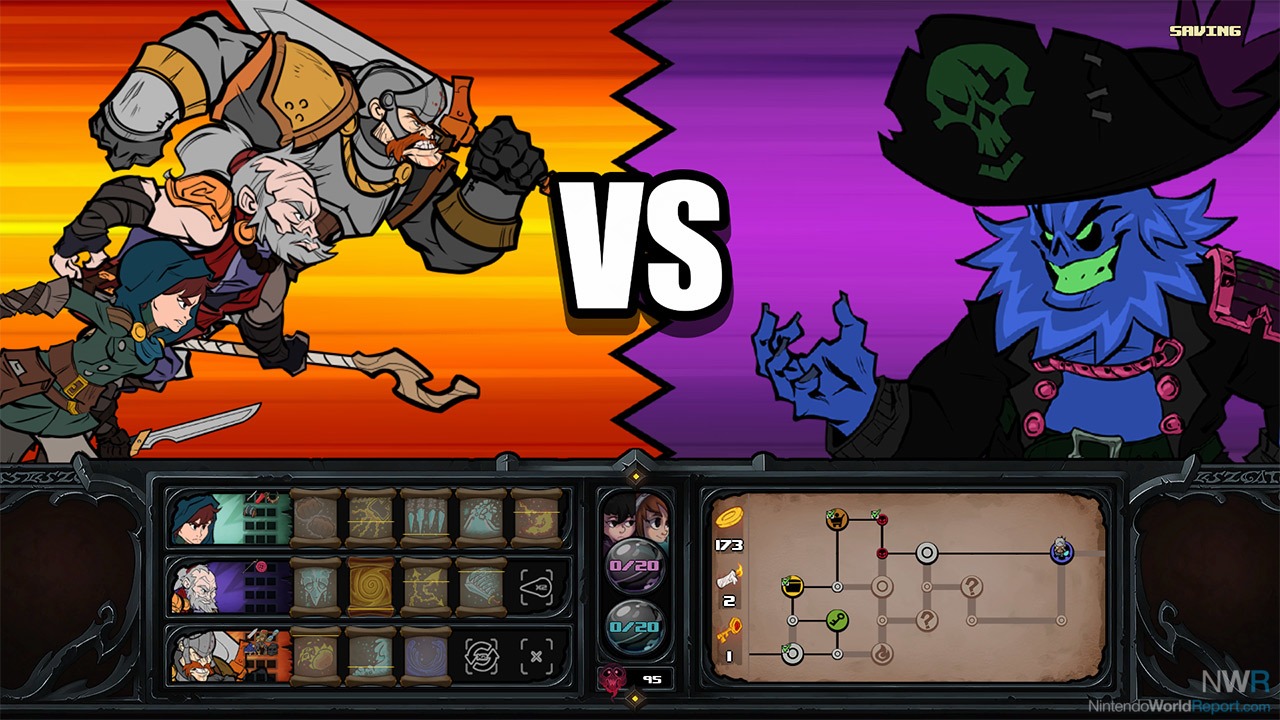 As the weeks have gone by, and I read more I began to get a little more interested with each tidbit of insight. The fact that the development team seemed to be very inspired by The Binding of Isaac. The fact that it is a rogue-like game in its design, but that I don't otherwise recognize the gameplay as something I've encountered before. The fact that it made no bones about bringing the pain and challenge to its players. What was at one point a mild indifference was quickly turning into a moderate interest.

Fast forward to now, and through a gracious opportunity on the part of the developer I was provided a review copy of the game to check out. Since I was given the game Friday, I've sunk a solid 20 hours into the game. Yeah, I've gotten into it... just a bit. What I'm here to tell you is that this isn't a game for all gamers. It is unlikely to be mainstream-friendly because, on top of it being a rogue-like, there is no getting around the fact that it is difficult. With a nudge of help from a promised Day 1 patch, hopefully this will become something that even challenge-lovers won't need to throw their controllers across the room about, but I don't think this is a game trying to be for everyone. But that doesn't need to be a bad thing, it makes the game better for the people who will want to dig in, get engaged, and have a long-term game they can continue to go back to for quite some time. My kind of game.

What has continued to suck me in with this game is that even 20 hours later I'm still feeling like I'm learning how to play it more effectively. Aside from the base mechanics that do take some getting used to (hopefully they'll be easier to learn with the day 1 tool tips or user guides like the one I've made in order to help), there's also the interactions of elements and how you can combine their effects for massive AOE damage if you set the table properly. Then there's the fact that you can get more mileage out of your spells by investing them in the right character with the right slot bonus. Then there are the moments where you'll experiment with multiple spells and buffs to super-charge a strategic attack that decimates your enemies. However, no matter how hard you then throw yourself at the feet of the RNG gods and pray for mercy, they can be fickle and cruel one moment, and then throw you a bone another. It is the nature of the beast, and it has me hooked.

For an old arcade game lover the basic nature of how games like this work is old hat. You put your quarter in and sometimes you completely kick ass but most of the time you die. I can live with that, I understand that. If you do as well, this game may be for you. Where it gets interesting is that while there have been a ton of rogue-likes in the shooter genre, this game is very much its own thing. While on the surface the attacks look cool and it can feel somewhat like an action game below it all, make no mistake, this game is all about strategy. You must take the hand you're dealt and often work that collection of odds and ends into something you can do some real damage with. As you unlock new potential spells and items from your many unsuccessful runs, the number of ways you can really put a hurt on will greatly improve. While I would have been a little happier if you'd had an option to invest in boosting some of your heroes' base stats to make the repeated runs a little less painful when you get the right combinations of some of these powerful spells it can be tough to complain.

At the end of the day in terms of scoring this game a number of items on the normal checklist can be put aside. The graphics, sound and control are between good and great, none of them is in the way. While the controls can seem a bit unusual at first, once you're used to them they're actually intuitive and generally work well. Since you'll have a tendency to pause almost constantly, the good thing is that they shouldn't interfere much with your ability to be precise. While I've seen/heard a legitimate concern with the graphical variety of enemies (many of them are ultimately variations on a skeleton of some sort, though they'll have different markings or colors to indicate what sort of enhancements they may have) I'm someone who is happy that rather than investing in more graphical variety the investment was in providing so many unique variants that affect how the game plays from run to run. At some point the looks fade into the background, you're laser-focused on how to use what's in front of you, and you fight to make it work. The music is appropriate and mildly hum-able while the sound effects of various attacks help convey the level of damage you're doing nicely.

Now with the formalities out of the way, we'll get to what's most important. Why you should or shouldn't buy the game. Assuming the Day 1 patch helps make the game less sadistically wild in its mood swings of difficulty from challenge to challenge, I'd generally say that at this price it is well worth checking out, and I'd say if you like strategy games in any way and you appreciate a challenge it may even be a steal of a value at half the price of Isaac. While this title and Isaac are very different games in terms of genre, their appeal is very similar, and since this experience is much more new to me it actually has a far greater hold on my attention now. This is something I haven't beat yet, something I'm still working out the nuances of, and it is constantly trying to tell me I'm not good enough. Maybe I'm just a “kick me while I'm down and I'll still get up” kind of guy but the best compliment I can pay Has-Been Heroes is that it scratches an itch I never even knew I had, and I don't come along games like that often enough. Depending on where you are on the challenge-loving scale will likely determine where you'll stand, individual results will likely vary.

BTW, for anyone having issues with the game who is looking for tips check out the guide I have on my blog for now. We're going to get it up here as well at some point but it takes time to get an account like mine from the basement wherever it had been stashed so it may take a little more time.

Wait, so have you completed the game or not?

I recently saw a review of Darkest Dungeon that was comprehensive and showed that the base mechanics were very interesting, but ultimately the gameplay cycle wasn't engaging or rewarding at all. This game reminds me very much of Darkest Dungeon in a lot of ways, which worries me.

OMG no, I've talked to people who work for FrozenByte who haven't finished the game yet (a few who I've apparently either caught up to or have almost caught up to). I'm sure the development lead and some folks probably have but in a way I think "beating the game" almost misses the point with this one. Now, I've gotten through and beaten a "run" three times, unlocking the third of many unlockable characters... but if we're talking about getting all unlocks that'll likely take a while.


I don't know, it's very much like Isaac in that regard. I've beaten a few runs and have completed some of the challenge levels, but I'll probably never truly "beat" the game either... and I'm good with that. When you do beat a run it's quite a feeling and you sure as hell know that you've earned it since before that you've probably failed more times than you could count.


It really is like an old arcade game, you're playing it for the challenge and to sometimes save the princess, but then you go back and play it again. That definitely won't be for everyone and I tried to make it clear in the review that the score is NOT for it in a mainstream sense, it is for people who like strategy games and like to be (very heavily) challenged. In that light it did a very good job of accomplishing its goal.

Great review. I made a similar comment to this on Donald's review, but I think it's worth pointing out here as well.


This game is not really a strategy game; it's a puzzle game like Tetris or Meteos. You don't play it to finish it. You play it because the mechanics are fun and it's challenging. Instead of an endless stage progression and a high score, you get to unlock a new hero or some new items.


I think this concept is key in understanding what this game is. Don't play it to beat it. Play it to enjoy it.

Thanks for reading and responding, it's good to be back. We'll see how it goes, hopefully things have calmed down enough that I can enjoy the Switch and get re-engaged with the community again. I agree on the game, though I hadn't considered the puzzle angle before... it is an oddly good one. It's definitely a type of game that is hard to categorize, the easiest description for someone is "either you'll love it or hate it". For people who like pain, it is a helluva a rush. :)