"Country I" never stood a chance. 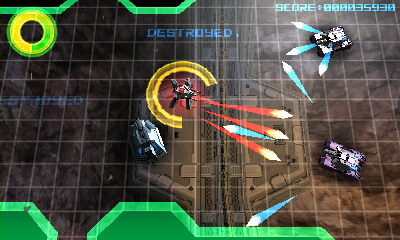 Top-down shooters aren’t quite as common as they once were. Games like Xevious, Gradius, and R-Type were once mainstream titles; they certainly weren’t as niche as they are today. But a rare few top-down shooters have gained critical reception over the years, most notably Ikaruga, a popular shoot 'em up that first appeared in arcades in 2001 and then on several home consoles as late as 2013. Ikaruga’s director and composer, Hiroshi Iuchi, recently acted as director on a new game on the Nintendo 3DS eShop: Kokuga. However, unlike its predecessor, which was noted for its difficulty, Kokuga seems to be targeted at a more casual audience, although that doesn’t mean that fans of the genre should give up on it.

In Kokuga, you take control of a futuristic tank, the game’s namesake, to act as country A’s ace in the hole in the war against country I. You can probably tell based on the fictional country names that the story doesn’t play a huge role in Kokuga. The only bit of story comes from text in the game’s intro, which plays when you start the game, and for the three “Final” missions. Of course, the story is only there to serve as a backdrop for the action, and I wouldn’t want it any other way. The game feels much more streamlined and portable-friendly as a result. 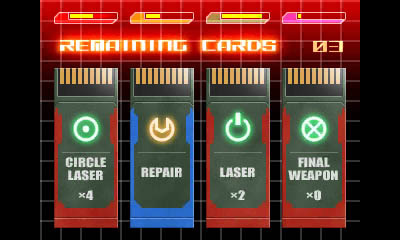 In contrast with Ikaruga, Kokuga isn’t a scrolling top-down shooter. Instead, the levels move with you, allowing you to roam freely and aim your turret using the left and right shoulder buttons. This makes for an interesting dynamic, as you don’t always have to dodge every bullet that comes your way. In many cases, you can simply backtrack and get out of range of an enemy turret or tank. This especially comes in handy in higher difficulties when there are more enemies ahead. Of course, there are moments when simply backtracking won’t get you out of a bind. That’s when you take advantage of Kokuga’s unique power-up and weapon system.

Unlike most top-down shooters where you pick up power-ups from downed enemies, in Kokuga you start each level with 16 random ability cards in addition to your basic weapon. At any given time, you have access to four different abilities, and a new ability appears after every use until you go through them all. These abilities range from the offensive, like the Laser that can wipe out multiple foes, to the passive, like the Defense Up and Restore Shield abilities. However, the kicker is that the more powerful the ability, the less time you have to use it. For the most part, I found myself conserving certain powers for tougher sections and using less important ones early on. This allows for a bit of strategy that you don’t normally have when you’re just stacking multiple power-ups and using them all at once. 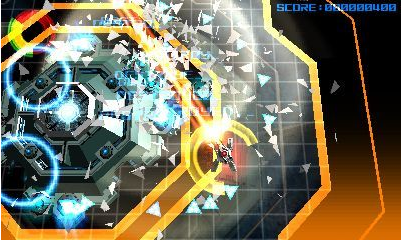 You’ll be using these power-ups across fifteen different levels, twelve of which have different difficulty modes—Normal, Hard, and Ultimate. Sadly, there’s not a huge amount of variety when it comes to the levels’ settings. They tend to either take place in a Tron-esque training area or more industrial environments. The same can be said for the enemies, though more variety appears at higher difficulties. That said, I never really got tired of the repeated settings and enemies, especially since each of the 15 levels ends in an entirely unique boss battle that always requires some new trick to defeat. The only minor annoyance that I ran into with Kokuga was its lack of check points. Some of the levels can be rather long, and dying once, no matter how far along, always sends you back to the stage select screen. It would have been nice if there were at least an option to start back at the boss after a defeat. 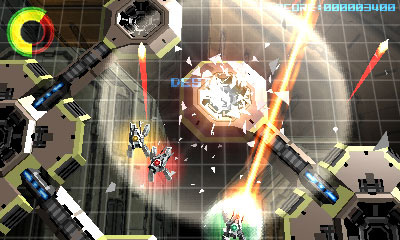 In addition to the Single Play mode, Kokuga also offers both a Local Play and a Download Play mode, and the only difference seems to be that one requires all players to have a copy of the game, while the other doesn't. Both modes allow you to join up with three other players to play co-op. Unfortunately, I wasn't able to test these modes out. As I’m sure many others can attest, even with download play enabled, finding local 3DS owners to play with can be a chore, at least outside of Japan. Therefore, it would have been nice if G.rev could have included online co-op as well.

Overall, Kokuga is a welcome addition to the 3DS library and a fresh take on its genre. While it may target a more casual audience than its predecessor, Kokuga’s unique power-up system and huge boss variety definitely make it worth a playthrough.

I've been considering picking this one up- what's the playtime like for a full run-through? Are the levels expanse? 15 dollars seems like a high price for 15 levels, and that's even less that what Japan had to pay for it...

I've been considering picking this one up- what's the playtime like for a full run-through? Are the levels expanse? 15 dollars seems like a high price for 15 levels, and that's even less that what Japan had to pay for it...

I got about 8 hours on my first playthrough, so it's certainly comparable to other games in its price range. As for as the level length, I'd say they can last anywhere from 10 to 20 minutes; of course, that's if you don't die. I recommend playing on a higher difficulties to get the most out of your money. I played most of it on hard,  save for a few levels I switched to normal in order to get the review out on time. 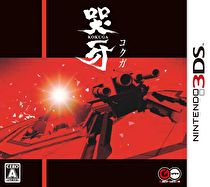