A Closer Look at the Super NES Classic

We got to touch a Super NES Classic. Yes - the controllers have longer cords. 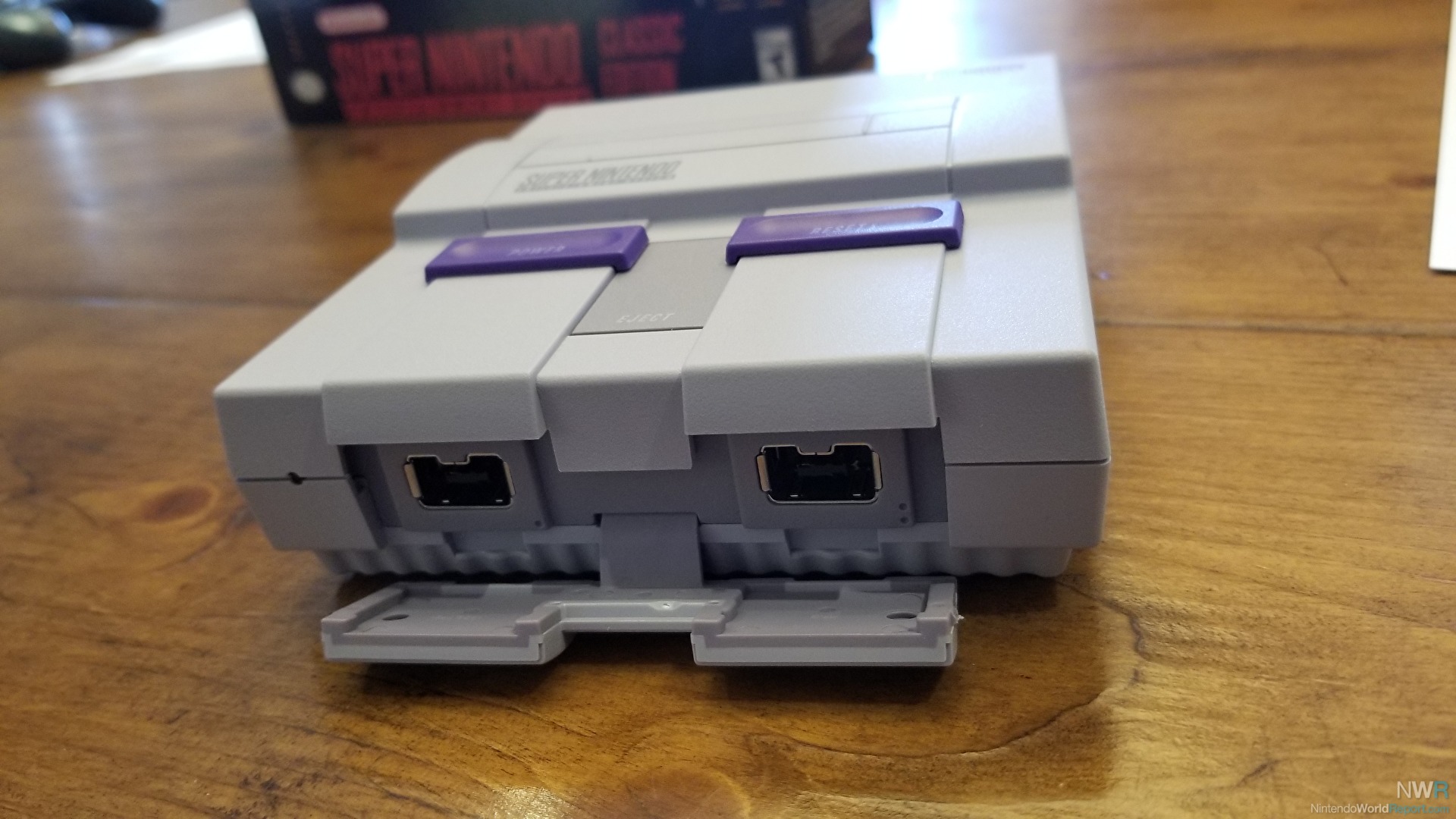 The Super NES Classic is as small and cute as you might guess from the early images. At a recent Nintendo event in New York, we got to go hands-on with the retro system. And by hands-on, we didn't get to play it; we just got to, like, hold it and whisper it sweet nothings. We did notice a few things about the Super NES Classic. 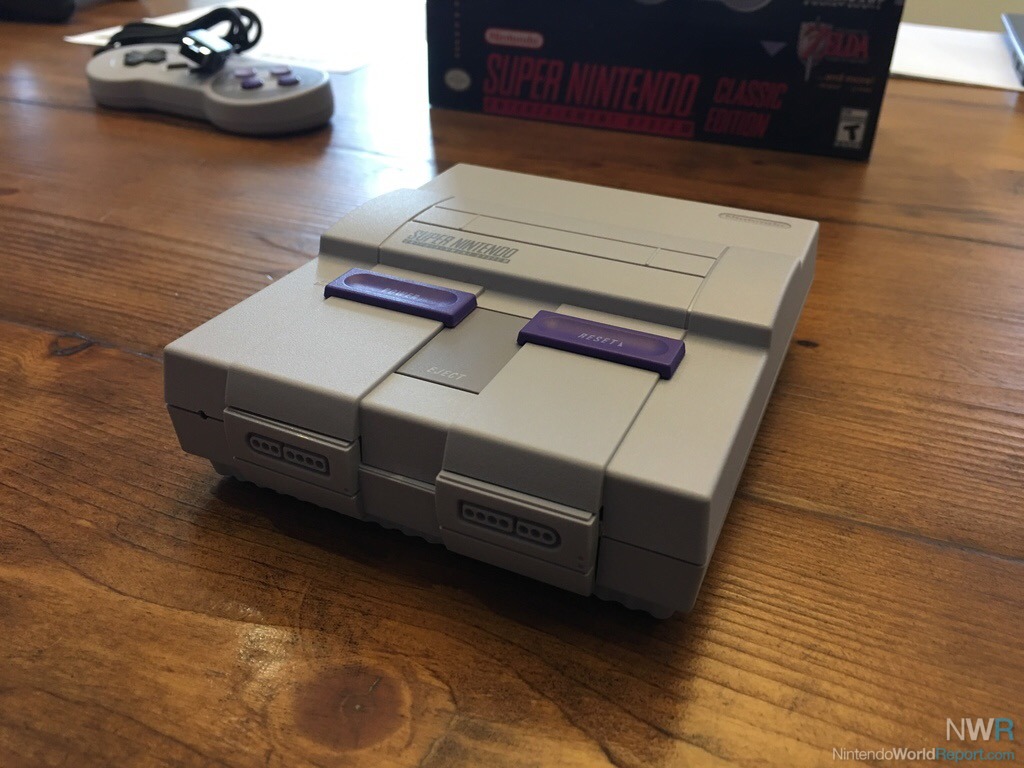 First off, it actually seems smaller than the NES Classic. We weren't able to put them side-by-side, but because of the less boxy nature of the SNES, the mini console looks a little sleeker and tinier than its predecessor. Aside from that, the relative shape and style of it seems very alike. The controller ports, which can also take Wii Classic Controller and Classic Controller Pro, are obscured by a flap that looks like the actual SNES front when left alone. The Power and Reset button function much like you'd expect, though we weren't able to confirm if the Reset button works like it did on the NES Classic. The Eject button, sadly, is just for show. 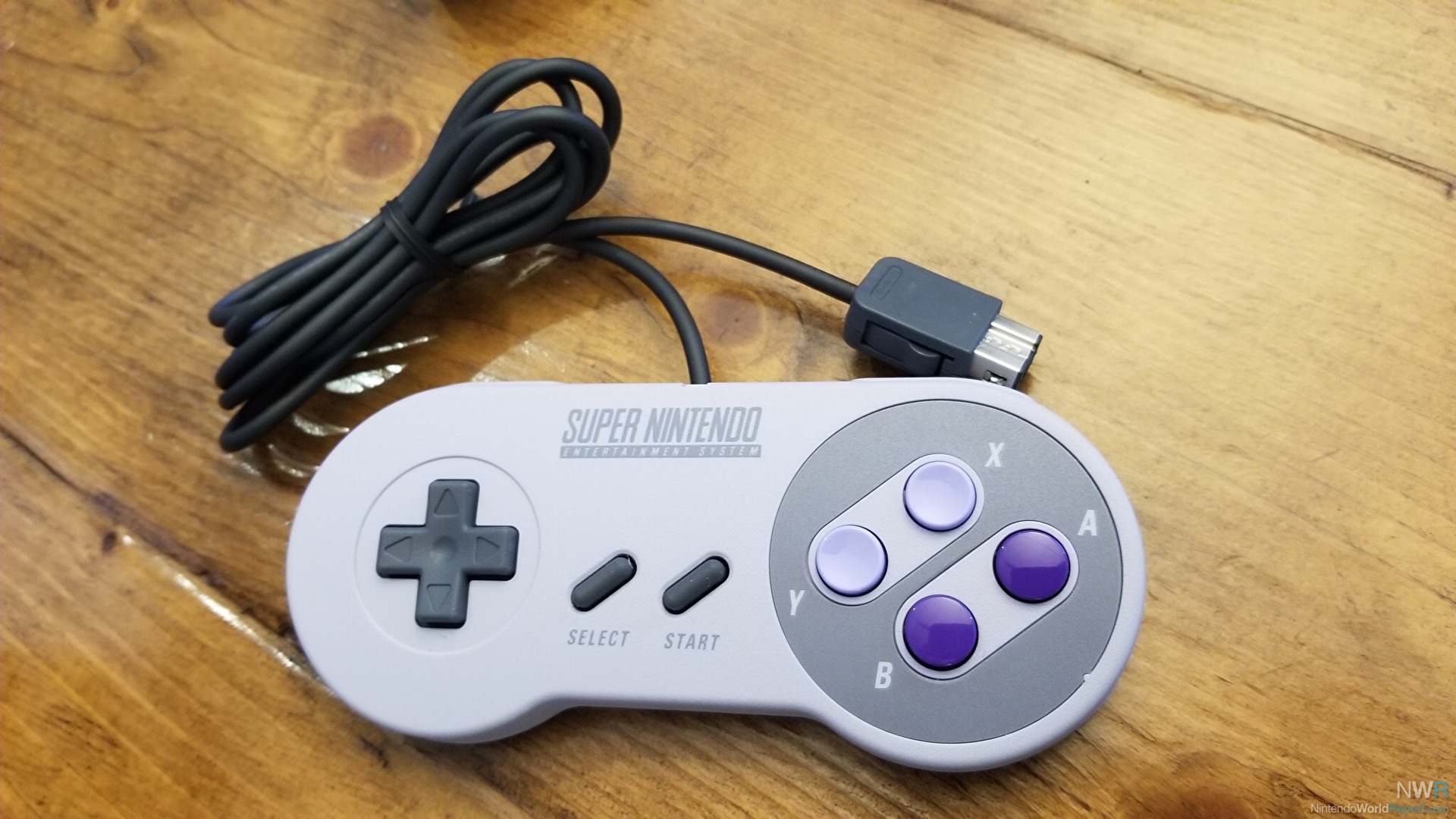 The controller looks fantastic, complete with the convex/concave buttons that helped make that wishbone-shaped controller so wonderful. The cord is 5-feet long, almost double the length of the NES Classic's controller. All your extenders will still work as well. Honestly - the cord length is still on the shorter side, but now it's more of a mild complaint as opposed to a ridiculous, abhorrent one. 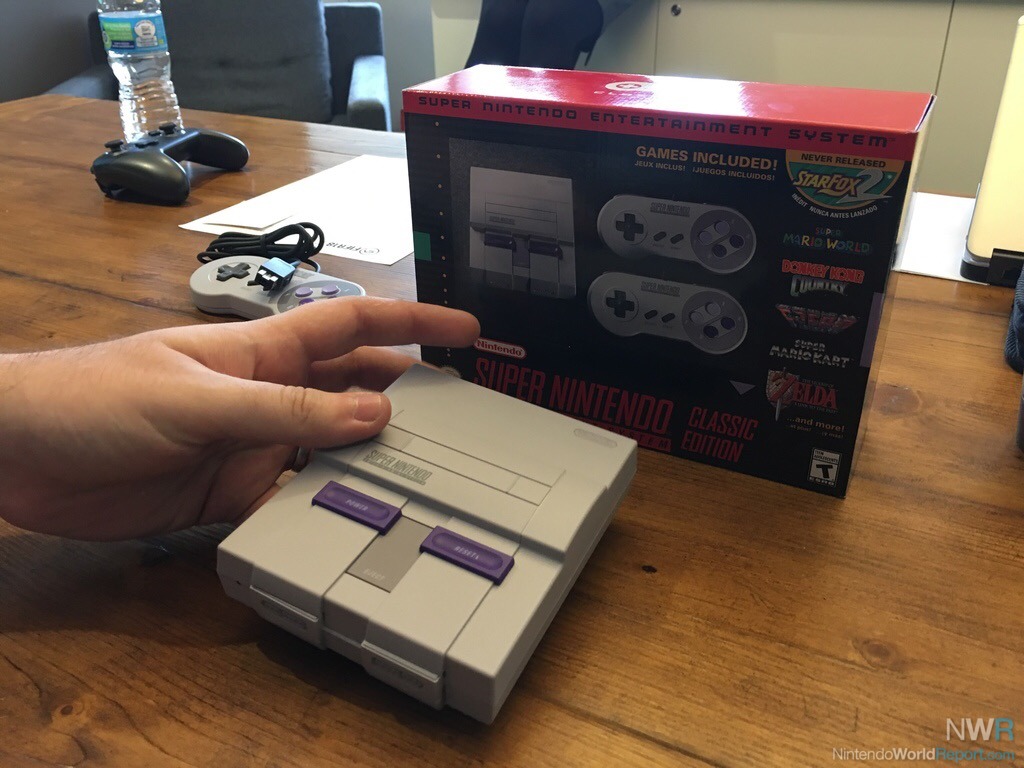 Lastly, the box is seemingly an identical shape and size as the NES Classic's box. It has a new "Classics" logo that has the SNES controller instead, and it has all that neat artwork for the games included like old systems had displayed back in the day.

The Super NES Classic is due out on September 29, containing 21 games (including Star Fox 2!) and two controllers for $79.99. No word on pre-orders yet. Hopefully soon!

What would you expect the eject button to do?

What would you expect the eject button to do?

That would have been a clever idea.