You may want to consider investing in a Peach amiibo, Mario Kart 8 fans. 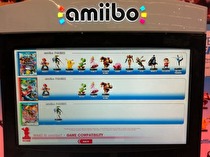 The game compatibility list for Nintendo's lineup of amiibo figures has apparently been outed, revealing new information on which figures will work with Mario Kart 8.

According to a photo taken of a demo kiosk, the Mario, Peach, Yoshi and Donkey Kong figures will all be compatible with Nintendo's... Read more...

A free demo will be available in December so you can test out Big John Games' Cube Creator 3D early.

Cube Creator 3D, a Minecraft-like game from developer Big John Games, is coming to the 3DS eShop early next year. In addition, a free demo will be out in December to give players a taste of the game before launch.

The demo version will include Creative Mode, allowing players to mess around and... Read more...

The company that has kept you from sleep for decades will now try to help you improve your sleep.

Nintendo has revealed the first details about the direction of Nintendo's new quality of life platform in today's Investor's Briefing.

The company announced that they have been working alongside ResMed, an American company that develops medical equipment to treat sleeping disorders, to develop... Read more...

Nintendo unveils total sales for a few of their most recent games.

Mario Kart 8, Super Smash Bros. for 3DS, and Tomodachi Life have all crossed the 3 million unit mark worldwide according to data from Nintendo's recent financial briefing.

Mario Kart 8, launching in late May, sold 3.49 million units worldwide as of the end of September, including 2.74 million... Read more...

The pair of Nintendo games are part of a dozen games currently planned for Wii U in 2015.

The Legend of Zelda and Star Fox Wii U games are still set for a 2015 release according to a Nintendo financial results briefing.

The pair of games, both highlighted most recently at E3 2014, are part of 12 Wii U games coming from Nintendo in 2015. The other games include four games set for release in the first half of 2015, including Mario Maker, Splatoon, Yoshi's Woolly World, and Project Giant Robot. See below for the full list.

The Big N's tablet-centric console is selling better, but will it be enough?

Nintendo has released its financial results for Q2 of its fiscal year, announcing that it sold 610,000 Wii U consoles during the period spanning July to September.

While this is figure is not nearly enough to propel Wii U sales high enough to reach its 3.6 million target by year's end, it is nearly... Read more...

Iwata Returning to Work After Recovering From Surgery

Nintendo's CEO is ready to hop in the saddle and get back to business!

Nintendo President and CEO Satoru Iwata has announced he is returning to work after recovering from surgery.

Iwata stepped away from his duties back in June to have a tumor removed from his bile duct. According to the exec, he has lost weight but is feeling healthier.

The Nintendo boss has... Read more...

Their biggest statue yet!

Link on a Loftwing is now available for pre-order from First 4 Figures. The statue is the first in the Skyward Sword line, so those wishing to secure low production numbers throughout the series should order quickly as they are given out on a first come first served basis.

You and your friends may have to get creative.

In the event that players don't have 8 GameCube controllers lying around, the GamePad can be used as a control option as well; although it's worth noting that the... Read more...

A new Super Smash Bros. three-poster set has been added as a reward to the North American version of Club Nintendo for 700 Coins.

The poster set is based on the character artwork for Villager, Palutena, and Rosalina & Luma, all of which are newcomers to the Smash Bros. series.

Two games for the price of... two!

Pokémon Omega Ruby and Alpha Sapphire will be bundled together in a special Dual Pack at select retailers in North America.

Those looking to pick up both versions of the upcoming Ruby and Sapphire remakes will be able get both titles in a single package for $79.98 at either Best Buy or Amazon.... Read more...

Watch out for those ramps!

Excitebike Arena will be among the first batch of downloadable tracks coming to Mario Kart 8, Nintendo has just confirmed.

The track itself will feature a dynamic element, as the location of its speed boosts and ramps will change with every new race.

Nintendo has released an update for Super Smash Bros. for Nintendo 3DS. The new update, version 1.0.3, contains minor balancing improvements and also a change to the Conquest mode for the game.

The update, which also includes the content from the previous update which enabled online play, was released on October 27, 2014.

Akaoni Studio announced that Zombie Panic in Wonderland DX will be available for download October 30th on the European eShop.

Let's gather 'round the campfire for some marshmallows and Pokémon.

Camp Pokémon, a new spinoff game from The Pokémon Company, is now available for iOS devices. The app is absolutely free and will take players to a special island where they can play different activities to help them grow as future trainers.

The app features mini-games such as the Arena, where... Read more...

These films, titled “The Night Juicer,” “Occupational Hazards” and “Treasures in... Read more...

You didn't actually think they would let you save your money for the holiday game season, did you?

A new Link on Loftwing statue from First 4 Figures will be up for pre-order from their website on Tuesday, October 28.

First 4 Figures is known for making high-quality collectibles of many fan favorite franchises in the gaming industry such as Megaman, Sonic the Hedgehog, Mario and Kirby. Their... Read more...

Halloween weekend, from October 31 until November 2, North America will see the return of National Streetpass Weekend.

Visit any one of 29,000 Nintendo zone hotspots Friday through Sunday and you will receive up to six Streetpass tags. Collect some new Miis for your Streetpass plaza, some new puzzle pieces, or even get some new enemy tokens to use in Super Smash Bros. 3DS.

Here Is the Full Fifty-Fact Extravaganza Regarding Smash Bros. for Wii U WiiU3DS

Which ones will surprise you the most?

The overall theme to today's Nintendo Direct was regarding Smash Bros. for the Wii U, and all fifty facts (plus a couple of extras!) are listed below. Did you have a good feeling about most of these already, or were you stunned about some of today's reveals? Let us know in the comments below!

1. The fighters in Smash Bros. for 3DS will move over to the Wii U version with the same moves.

Mewtwo is on it's way, and Bowser Jr. is bringing along a few friends. 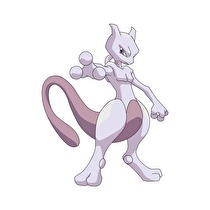 Both Bowser Jr. and Mewtwo will be playable characters in Smash Bros. for Wii U.

Bowser Jr, along with koopalings Wendy, Roy, Iggy, Lemmy, Larry, Ludwig and Morton will all be playable characters in Smash Bros. for Wii U, as they are in Smash Bros. 3DS. Mewtwo will not be part of the game on release... Read more...