Your V-Buck holder just got a little smaller. 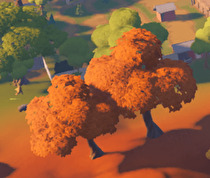 A new patch is live for Fortnite that drops the file size and gives a new baseline resolution.

The patch goes live later today and actually reduces the game's filesize by approximately 140MB, and at the same time purports to increase the average resolution of the game in both docked and handheld. Although the game maintains framerate by dynamically lowering the resolution of the graphics, Epic's quoted "expected resolution" goes from 1000x560 handheld and 1390x780 docked to 1170x660 and 1560x880 respectively.

In prior testing from Eurogamer's Digital Foundry the lowest observed resolutions were 640x360 and 1296x729.

I'd rather have replays back personally.