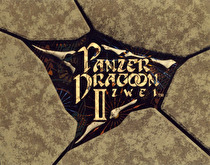 In a somewhat odd move, Forever Entertainment's official Panzer Dragoon twitter account seems to have confirmed a release window for Panzer Dragoon II Zwei Remake in the replies of another tweet. The reply confirms that the game is aiming for a release sometime this year.

The original Panzer Dragoon Remake released as a timed exclusive on Nintendo Switch last year, and has since come to other platforms. No platforms have currently been confirmed for the sequel. Panzer Dragoon II Zwei was originally released for the Sega Saturn and featured more diverse gameplay and significantly improved performance over the original game.

Still waiting for the LRG physical announcement for the real release.