Note "Nintendo Console" and not "Switch".

The creators of a classic late 1990s JRPG series have formed a new studio to create a spiritual sequel that is targeting a future Nintendo platform.

Eiyuden Chronicle, the debut product from the newly formed developer Rabbit & Bear (headed by designers of the Suikoden series from the original PlayStation) was revealed for crowdfunding today. The JRPG will feature veteran composers in a 2D art style with turn based combat and up to 100 playable characters in the tradition of Suikoden. The Kickstarter has reached its goal for a console release in less than eight hours, and is targeting Nintendo's next system in addition to the PC, PlayStation 5 / 4, Xbox Series X, and Xbox One for its late 2022 release.

According to a statement on the Kickstarter page (reproduced below) the target is for the Switch's successor so as to ensure as smooth a porting process as possible; other Kickstarters in the past have been announced for lower-spec hardware and have had to be changed or outright cancelled. If a successor platform is not available when the process begins, they will make every attempt to bring the game to the Switch, or offer full refunds. 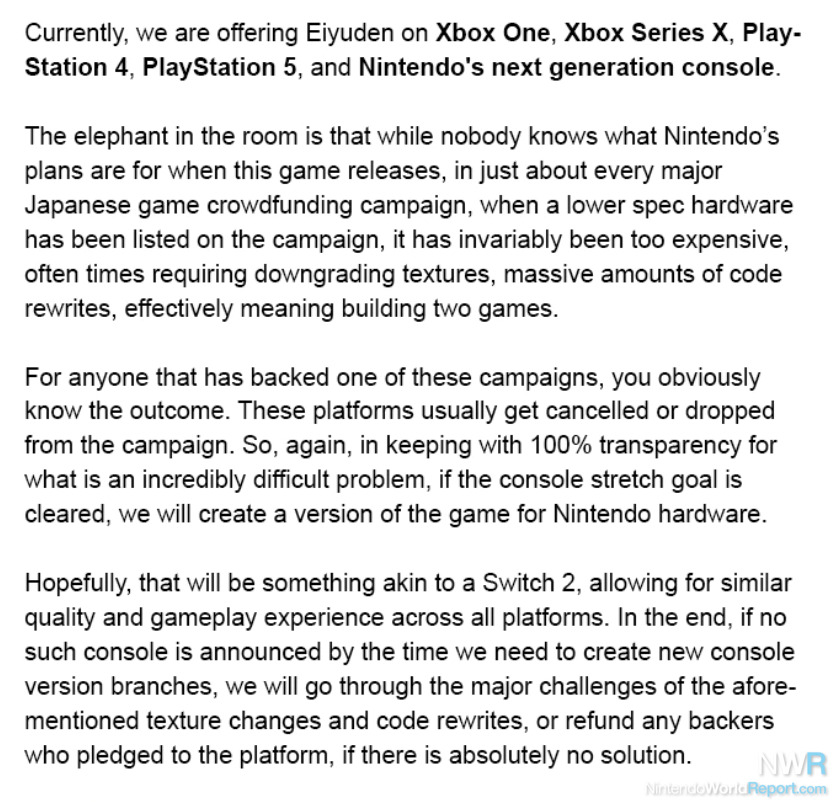 I am really curious about why a 2D turn based RPG needs new hardware. We aren't exactly pushing the envelope here.