Super Punch Out And Raiden Among Upcoming Arcade Archives Releases 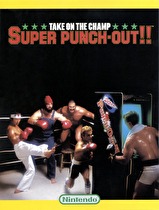 Hamster has held another stream to announce a new developer joining the family and two upcoming Nintendo projects.

The Nintendo projects are a pair of 1984 arcade titles, with Vs Baseball and Super Punch-Out!! joining the lineup. Super Punch-Out is the sequel to the original arcade Punch-Out and features the first duck option in the series as well as the debuts of Super Macho Man, Bear Hugger, and Dragon Chan (all of whom would appear in the Super Nintendo game of the same game released a decade later). Vs Baseball is a two player baseball game.

Hamster has also added the library of a new developer, Seibu Kaihatsu. Known for the Raiden series of scrolling shooters, the original (1990) Raiden will join 1985 platformer Wiz and 1993 beat 'em up Zero Team in their early lineup.

I kinda want them to release an online Compatible version of Vs. Tennis.  It allowed for four-player doubles play if you were fortunate enough to find a Vs. Dual Cabinet and an arcade owner who wanted two copies of Tennis on it.