Wash away the post-E3 blues with a big ol' RPG. 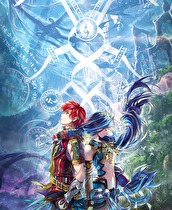 Ys VIII: Lacrimosa of Dana is coming to the Nintendo Switch in North America on June 26, in Japan on June 28, and in Europe on June 29.

Initially released on PlayStation 4 and Vita in 2017, Ys VIII is a third-person action RPG in the long-running series. It will be the first appearance from the Ys series on Nintendo consoles since Ys I & II on DS in 2008. The latest release will be available on the eShop and at retail, including a limited edition with a copy of the game, an art book, a soundtrack, and more goodies.

As long as they don't fuck up Switch port I'm giving this a go.