The biggest release of the week? It's in Japan. 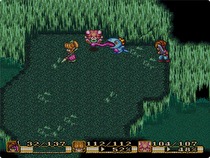 North America sees a light week on the downloads this week, with a couple of Switch titles on the horizon. Astro Duel Deluxe is already on your local eShop, and you'll want to check out independent editor Justin Nation's review of the game before dropping the $15 or $20 on it. It's a bit of a throwback.

In other things we've reviewed this week, David Lloyd reviewed Swap Blocks for the Wii U eShop, and it may be worth a look if you're worn out by Puyo Puyo Tetris on Switch. There's no Virtual Console this week, but we do have the Last Resort from Hamster in retro releases.

Europe's Switch lineup is identical to North America's, plus they get Bonk's Revenge on Wii U VC and a late release of Harvest Moon: Skytree Village on 3DS. However, the biggest and most important release of the week comes from the Japanese eShop as the Seiken Densetsu collection is now available (hopefully the rest of the world gets it soon).

Highlights: Capcom non-Virtual Console Wii U and 3DS games are on sale until June 5. Includes Monster Hunter Generations at 50% off, and Ducktales Remastered for $3.74.

Lightwood Games titles are on sale until 29 June.

CIRCLE Ent. titles are on sale until 22 June.

Joindots titles are on sale until 15 June.

RCMADIAX titles are on sale until 29 June.