Plus a training upgrade. 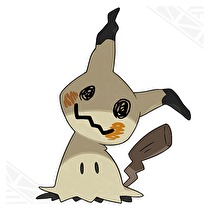 A group of new Pokémon have been announced for Sun and Moon, including localized names for a couple of Pokémon revealed in CoroCoro magazine.

The Pokemon known as Kiteruguma in Japan will be known as Bewear in English, while Mimikkyu will simply be Mimikyu. Bewear's "Fluffy" ability trades half damage from contact moves for double damage from Fire attacks, while "Disguise" appears to create a one-use Substitute with no HP cost. The other new additions are:

The end of the trailer announces the ability to create your own competitions through Pokémon Global Link, and a new "Hyper Training" which suggests that not only will the effort values of Pokémon be controllable, but their individual values as well.

Ooo, Hyper Training. Nice of Game Freak to surface more of the numbers behind the game.

Comfey is the one of my favourite designs they've shown so far. I'm actually a little surprised that we haven't seen more new Pokemon like it with an overtly tropical theme.