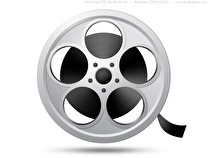 No specific properties were named in the report, but Nintendo released short films involving Pikmin in November of 2014 and an animated short to coincide with the launch of Star Fox Zero last month.

In theory this could be good.

Well as long as they follow the DCU model they will do just fine.

With James Jones writing the screenplay.

With James Jones writing the screenplay.

Given the box office take of The Angry Birds Movie, I think they kinda want to do a Rovio.

those pikmin videos were morbid

I hope they hire Uwe Boll.

Given the box office take of The Angry Birds Movie, I think they kinda want to do a Rovio.

Didn't they say they were getting into the animated movie business back in like 2011?

Did they ever release anything commercially?
where there even any exceptionally good cut scenes or trailers that came out of Nintendo?
were the shorts mentioned in the OP any good?

I'm pretty sure Fire Emblem had an anime movie/series, but I'm also 99.999% sure that if that does in fact exist, it wasn't from Nintendo.

The LEGO movie already beat them to a Smash Bros concept w/ that twist at the end, but what series would even fit a G Rated(?) theatrical animated release? Pikmin?

I think Metroid could make for a good Space Horror/Thriller Suspense Action flick, but it would likely be PG-13.

I think this could be really interesting, if Nintendo gets the right partners.  We all remember the glory that was the F-Zero anime, right?