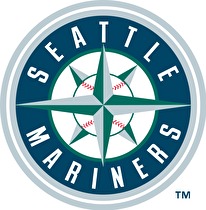 The deal, which is subject to approval by Major League Baseball expected in August, will see Nintendo reduce their 55% ownership of First Avenue Entertainment, the partnership that owns the team and the ROOT regional sports network, to 10%. Current team president and former Nintendo of America president Howard Lincoln will remain with the team in an advisory role, while former mobile phone network pioneer John Stanton would become the principal owner.

NIntendo initially acquired 49% of the team in 1992 through a purchase by former president Hiroshi Yamauchi, which grew to a 55% share at the time of Yamauchi's death in 2013. The sale is based on a team valuation of US$1.4bn, meaning Nintendo would be selling for approximately $630mn before taxes.

Damn, there go my hopes of a Ken Griffey Jr.'s Slugfest sequel.

Nintendo buying the Mariners helped keep the team in Seattle. In addition the team had their best era immediately after the purchase. Having a freak like Griffey helped, and the company saw the value in marketing him and making him a household name. This will saddle up nicely alongside the love hotels when it comes to odd footnotes in their history.

That was a great team with Randy Johnson, Edgar Martínez, Jay Buhner, and then Arod, not to mention Lou Panella as manager.  Martinez had a walk off double to beat the Yankees in the ALDS and the legislature then put up public money for the stadium after it had been voted down in a referendum, lol.

This really is the day for good Nintendo news... :(

Goodness! How many games can they develop with that sort of money?!?

Goodness! How many games can they develop with that sort of money?!?

This is actually a good thing for the Mariners.  Nintendo ran the team, well, like you would expect Nintendo to run a team - all priority on making a profit, zero on whether the team actually wins or not.  They never wanted to do what it would take to truly make the team competitive.  You know how Nintendo cuts corners and cheaps out with their consoles?  That's what they did with their baseball team.  They were perfectly content to have an okayish team (which always had a future Hall of Famer on the roster to draw the fans) but as long as enough people came to the ballpark for them to make money they didn't feel the need for the team to be any better than that.  Provided the new principal owner keeps them in Seattle, you figure things are looking up.

Why was there a need to sell? Kimishima needs to go.

Why was there a need to sell? Kimishima needs to go.

Basically, they got tired of doing it.


Finally, about three hours ago, at Safeco Field which is the home for the MLB's Seattle Mariners, Mr. Howard Lincoln, who is the CEO of the team and a board member of Nintendo of America Inc., announced the planned sale of its majority interest in the Seattle Mariners to other members of the team’s current ownership group. An agreement has been reached that Nintendo of America will retain a 10% stake in the team, while the remainder of its holdings will be sold to other members of First Avenue Entertainment LLLP, namely, to other existing minority owners of the team. First Avenue Entertainment LLLP is the limited partnership that owns the Seattle Mariners, and a majority interest in ROOT Sports NW. Closing the transaction is subject to the finalization of legal contracts and approval from Major League Baseball which is expected in August of this year. We will then close the sale and Mr. Lincoln will resign as the Mariners CEO.
As many of you know, Nintendo of America Inc., which is headquartered in the Seattle area, was approached by local representatives in the early 1990s and invited to invest in the team, which was at risk of being moved away from the region. The late Hiroshi Yamauchi, at that time the president of Nintendo Co., Ltd., agreed to spend his own money to purchase the majority ownership of the team in order to show Nintendo’s appreciation to the U.S. for helping Nintendo do business in the country, and to contribute to the local residents and area. He became the principal owner of the team in 1992.
Mr. Yamauchi passed away in 2013. Due consideration had been made before his death and his ownership had already been transferred to Nintendo of America in order to ensure the team would remain in the area. Then Mr. Satoru Iwata, who had been overseeing the team as the new president of Nintendo after Mr. Yamauchi, as well serving as the CEO of Nintendo of America, passed away last year. This sad occurrence, along with Mr. Lincoln’s desire to relinquish day-to-day leadership for the team, prompted this decision.
As president and, then, the chairman of Nintendo of America, I personally observed the great efforts and contributions that Mr. Lincoln made during the past 17 years as the team’s CEO and the chairman. He worked to keep the team within the region and generated continued support from local residents. He has been a very reliable partner for me especially on the business affairs concerning the Mariners even after I returned to Japan and started working at Nintendo Co., Ltd. Now that Mr. Yamauchi and Mr. Iwata have passed away, and Mr. Lincoln has shown his desire to retire as CEO of the team, and especially because we can be now certain that the team will remain in the region and can grow, Nintendo of America has negotiated a sale of its majority interest to the current minority owners.
Since the subject sales profit has not been incorporated into the annual financial forecast we announced yesterday, if and when the sales contract is executed and approved by MLB, we will make the appropriate timely disclosure such as modifying the financial forecast. For your information, we will negotiate the deal by assuming the comprehensive asset value of First Avenue Entertainment LLLP as being 1.4 billion U.S. dollars.
Although Mr. Howard Lincoln will remain as a board member of the team and of Nintendo of America after his retirement from the CEO of the Seattle Mariners, I would like to take this opportunity to express my great appreciation for his shouldering and carrying out the huge responsibilities for both Nintendo and the Seattle Mariners, and for his splendid leadership.

Hopefully that ends up being the final narrative about Nintendo's time with the Mariners, instead of the current one of "look at this odd guy who bought the team and then never went to a game in his life".

Hopefully, the team stays in Seattle.

Outside of that DSiware app it's not like Nintendo really seemed to do much with the Mariners.