Extra development should prevent a Rise of Lyric sequel. 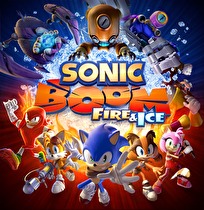 A couple of Sonic titles will miss their intended release timeframes.

Sonic Boom: Fire and Ice has been pushed to 2016 in order to provide developer Sanzaru Games extra time to make a quality title. Sega cited wanting to make sure the game had additional polish before releasing the game, which will open the Sonic franchise's 25th anniversary.

In addition, the 3D Classics version of Sonic the Hedgehog 2 which was originally slated for September has slipped slightly, as it is missing from the European download list for this week. Sega's usual 3D Classics developer blogs which are posted during the week of release have not yet been posted. Unless the Sonic remaster has a "Sonic 2sday" release next week, it appears the earliest the title can release is October 1.

so, this is going to be the firs tyear that there's been no new sonic game on a dedicated gaming device since... 1998? (and even that's debatable because that's the year Sonic Adventure hit in japan, whereas in the US it was 1999. we also got Pocket Adventure on the Neo-Geo Pocket Color that year internationally, so... that's kinda out the door)

It's very ironic that his sole playable appearance this year is pretty much Mario wearing his skin.