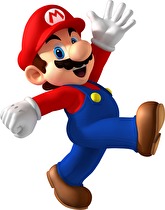 Nintendo was the best publisher of 2014, according to Metacritic's annual publisher rankings.

With an average metascore of 76.5, the Big N was able to outpace Ubisoft and Electronic Arts, who came in second and third, respectively. The company's best overall release was Super Smash Bros. for Wii U, while its lowest-scoring title was Chibi-Robo! Photo Finder.

As far as the user favorite was concerned, it was a three-way tie between the original Bayonetta, Bayonetta 2, and Mario Kart 8, all of which earned a 9.1.

It's no secret Nintendo is one of the best publishers in the business, with franchises unrivaled in terms of recognizability, quality, and popularity. Do you think the company's output last year was worthy of earning it the top spot?

I dunno.  I think some of the games Nintendo put out might have had inflated review scores.  Like Mario Kart 8 seemed a bit high.

Good for Nintendo and the number of people praising the Wii U last year shows the award is warranted but I hate how Metacritic acts like those aggregate scores are some form of scientific measurement. That's what makes people hate scores and argue so much about numbers, these aggregates are merely rough summaries but Metacritic wants them to be treated as some objective measure of quality. Bonus absurdity for treating the user scores the same way when they're often just based on who can be bothered to vote 10 or 0.

76.5 wins best of the year?  I don't know what the best average score per publisher for a year typically is but when an individual game gets a 76.5 it's usually regarded as pretty unexceptional.  If a new Zelda got a 76.5 it would be considered a huge dud or there would be accusations of an anti-Nintendo bias.

Last year was a pretty bad one.  Lots of big hyped up games like Watch Dogs and Destiny failed to live up to the hype.  Nintendo has had much better years as a software developer but seems to have won this by just being consistently competent.

70-80 is pretty good for such a prolific publisher like Nintendo.

Thinking about it, although they're not really Nintendo games, NOA published both Bravely Default and Fantasy Life and those are my two favourite games of the year so PUBLISHER of the year is actually pretty well deserved.  I'm guessing Metacritic would have counted those titles as Nintendo games.

Didn't think it meant much last year (when Nintendo didn't win), don't think it means much this year either. These Metacritic stats are kind of interesting but hardly worth getting excited about.

What were the averages of previous winners?