Nintendo Was France's Top Publisher in 2014

Beating out the likes of Electronic Arts and Ubisoft. 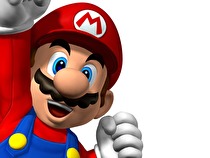 Nintendo was the number one publisher in France last year.

Thanks to the soaring popularity of games like Pokémon Omega Ruby and Alpha Sapphire as well as Amiibo, the house of Mario was able to dominate 2014. In fact, eight of France's top 20 selling games of last year were Nintendo-published titles.

Wii U sold 240,000 units in the region, while Mario Kart 8 sales amounted to 346,000. Other big sellers were Tomodachi Life and Super Smash Bros. for Nintendo 3DS.

Do you think Nintendo's dominance in France will continue into 2015?

Sorry, whoever wrote this article obviously didn't do their homework. They missed all the news about how Nintendo is doomed and they're going bankrupt or 3rd party or losing TONS of money. There's obviously no way Nintendo could have possibly been the top publisher in any country.

viva la France! they have much better taste in gaming then i gave them credit for.

yea Nintendo is number on in the third least relevant market that must mean they are saved.

I'm fairly sure they are also Number 1 in Japan as well.

Man, news must be slow if this is actually considered newsworthy.