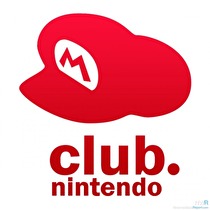 Metal Torrent, originally released in 2010 as a DSiWare title, is a vertically-scrolling shooter with eight stages, two ships, and the ability to choose between random or patterned waves of enemies. Get it on 3DS for 200 coins.

Donkey Kong Jr. is the sequel to the arcade classic Donkey Kong and holds a special place in Nintendo history as the only time Mario has played the role of villain. Control DK’s kid across four stages to rescue the big ape from the clutches of the iconic plumber on Wii U for 200 coins.

Paper Mario for Nintendo 64 was only Mario’s second RPG-style outing, and the game’s papercraft presentation was quite novel at the time. Players can check out the timing-based attack system, humor, and other hallmark qualities of the Paper Mario series on Wii or Wii U (via the system’s Wii mode) for 250 coins.

These four titles will be available through Club Nintendo's website until August 3.

I'd be interested in Paper Mario, but I like to save my coins for things I can't get already. Also my backlog is long enough without another RPG. Also I don't want to play another RPG because they're too long.

Cool that they're bringing back Paper Mario. Might have to snag Metal Torrent... if I can ever steal the old lady's 3DS.

I'm going to keep holding out on Paper Mario until it's a Wii U download rather than a Wii/Wii-mode download. No rush. I still have The Thousand Year Door to keep not playing.

How long do they usually wait to announce the rewards for the Platinum members. I find it interesting that they don't just announce them immediately on July 1st.

How long do they usually wait to announce the rewards for the Platinum members. I find it interesting that they don't just announce them immediately on July 1st.

I already own Paper Mario on the VC (I want the GCN game on VC though), but I recommend it to anyone who doesn't own it. Already own DK Jr. through the Ambassador Program (not that good of a game). Kid Icarus is not a good game, so even with the visual enhancements i'm not interested in using up coins to get it. Not sure if I want to use coins to get Metal Torrent either.

Well, not the usual monthly fare of own it, own it, don't care, don't have a Wii U (the last used to be either own it or don't care).  I do believe I will be picking up Kid Icarus and will be looking into Metal Torrent.