They will return by wave on May 8. 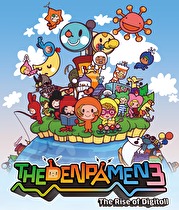 The Denpa Men 3: The Rise of the Digitoll will be available through the 3DS eShop in both North America and Europe on May 8, Genius Sonority has confirmed.

The game will be priced at $9.99 and €9.99, respectively. Additionally, a demo for the game will arrive on May 1 and will, in typical series fashion, allow players to transfer progress over to the main game. Players of the series’ prior installments may transfer characters from those titles to this newest entry as well.

Denpa Men 3 continues the series’ tradition as a quirky RPG in which players amass a unique collection of the titular Denpa Men via a Wi-Fi signal-dependent AR minigame or QR codes, then battle with them through a variety of dungeons. However, a number of new elements have been added in this latest installment.

For instance, this time Denpa Men may attempt to fight back when players set out to capture them. Also, each Denpa Man will have his or her own unique house, which can be customized by players with decorative items that can be traded with others via an online flea market. Players can even rent out their Denpa Men to those in need and reap rewards in the process.

Denpa Men 3’s release in the West comes nine months after its Japanese debut in August 2013. This is the second Genius Sonority-developed download title for 3DS in as many months, with their last effort being the Nintendo-published Pokémon Battle Trozei.