Get your bargain on. 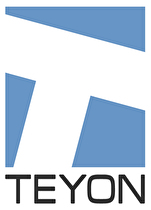 Teyon's most popular 3DS eShop games will be on sale for a two week period beginning this Thursday.

Starting on February 20 and ending March 6, the Polish developer and publisher will discount games up to 66% on the 3DS eShop. The sale applies to both the North American and European eShop.

Here is a handy list of the games discounted, including their price and a brief description: