Which games will you spend your points on? 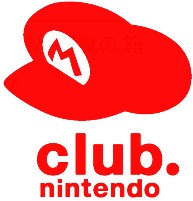 Both Donkey Kong Jr. and Pictobits are available for 150 Coins each and are redeemable through the 3DS eShop. Punch-Out!! (NES) is 200 Coins and can be download onto Wii U platforms through the eShop. Finally, Super Mario RPG, also 200 Coins, is downloadable through the Wii Shop Channel on Wii U, via Wii Mode, or through the same shop on traditional Wii consoles.

I think it's very disingenuous of them to put 'Wii U' above Super Mario RPG, just because technically you can get it through Wii mode.

Agreed. I may get it anyway, but knowing that I'll do it only to drop in another dollar fifty for the full Wii U experience is disappointing.

Yay, another month and another group of games about which I don't care or already bought.

I also agree that it's disingenuous.  I was really excited when they released 1080 Snowboarding with the "Wii U" tag above it.  I was like... they released an N64 game on the Wii U VC!... but they didn't.

If you have 200 extra coins? Wow get Mario RPG. It is most certainly worth the hassle of navigating Wii mode and the Wii Virtual Console.

If you have 200 extra coins? Wow get Mario RPG. It is most certainly worth the hassle of navigating Wii mode and the Wii Virtual Console.

Kind of wishing I didn't blow all my coins on 3DS game cases recently. (Don't regret the swag I ordered... but definitely would've been into Super Mario RPG if I had enough coins.)

I really enjoyed DK Jr when I was a kid, but now I get bored of it after like 5 minutes.


Pictobits is pretty good, but when it gets hard its practically impossible hard, even with XL screen I still feel its too small to play this.


Super mario RPG is a wonderful game with a great story and music and fun simple gameplay. Graphically it suffers but outside the first mario and luigi I find it the best Mario RPG that has replay value and doesn't outlast its welcome.

I remember how awesome looking it was back in 1997 when it first came out.

Graphics don't hold up entirely 16 years later but there's some things to like there still.

Oh man, might have to grab PictoBits. My wife already has it on her DSi, where I played most of it, but would love to have on my own system, if only for the music. So worth it if you haven't played it before.

For now I'm still really enjoying last month's DSiWare offering, Spin Six. Lots of hidden puzzle gems on that store. BTW: Did you know that eye crust is made of hardened proteins?