Ubisoft Stands by the Wii U

Ubisoft believes in the Wii U. Do you? 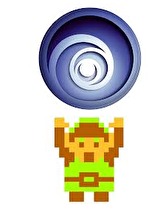 Ubisoft said it plans to continue supporting the Wii U when asked if it will rethink its backing of the platform.

When approached by GameIndustry International on the topic of their support of the Wii U, the response received remained positive: "As with any new console, it takes some time to grow an established base. Ubisoft has a varied and high-quality line-up for Wii U, with more big titles on the way including Rayman Legends, Watch Dogs, Assassin's Creed IV Black Flag and Splinter Cell Blacklist." When it comes to their role on the Wii U: "We're confident that this will help in continuing to attract gamers to the Wii U system and that Nintendo will take steps to ensure that the Wii U is successful in the market."

Ubisoft has been providing titles for the Wii U since launch with game like Assassin's Creed III and ZombiU.

Though the Rayman Legends delay still stings, it is nice to hear that Ubi Soft has some, if small, faith.


Echoing comments on the gamesindustry.biz article, Ubi Soft is probably riding that faith on the success of Just Dance on the Wii. That reminds me of EA Active for the Wii. Did the second one do really poorly?

I believe in Harvey Dent.

What is this site's problem with Wii U?

I believe in Harvey Dent.

I believe in the Shield.

Bitch please for what shit do you need achievements to brag in front of your friends what achievements you have. If the answer is yes then you're not a real gamer :\

You can brag all you want on the Miiverse. No achievements needed.

Ubisoft stands by Wii U all right...stands by while it's thrown to the dogs. Am I right? Hey-oh!

In all seriousness though, Ubisoft have done a better job than most of supporting the Wii U and I expect that to continue.

Ubi had no problem throwing piles of shovelware like Grey's Anatomy and Far Cry Instincts on the Wii, why would they have a problem with burying the Wii U with them too?

Ubi had no problem throwing piles of shovelware like Grey's Anatomy and Far Cry Instincts on the Wii...


During a particularly brutal dry period for the Wii, and in a moment of weakness, I actually bought Far Cry: Vengence for Wii. I really enjoyed Instincts on Xbox, so how bad could this Wii port be? The answer? Unbelievably bad. Sooooo bad. PAINFULLY BAD!

at least they seem to care.

Its kinda ugh when a company called Electronic Arts is more concerned about the money than the art.

Ironic since the Rayman delay was the first snowflake in a blizzard of bad Wii U news.

Good for Ubisoft and, from my perspective, smart. Because I will be buying 3 out of those 4 titles cited.

There's a decent chance I'll buy all 4 of those games, but I have to play the copy of Assassin's Creed 3 I've had sitting here since launch first