Don't you know about the bird? Well everybody knows that the bird is the word! 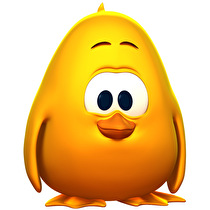 Toki Tori 2 is set to release on the Wii U eShop on April 4.

Previously slated for a March release, Toki Tori 2 was delayed after a bug that crashed the game was found, which required Two Tribes to fix and re-submit to Nintendo.

The sequel to the Game Boy Color and WiiWare title, Toki Tori 2 has players control the titular bird through a puzzle platforming adventure.

I had a blast with the WiiWare game. I have high hopes for this being just as good. I also hope it has a super twisted ending just like the previous game. I found it hard to sleep after I finished the game and realised exactly why I had been collecting all those eggs. It was truly horrifying.