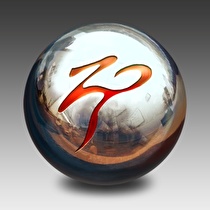 Hello? Oh, hi. It was hard to see you under that pile of new and interesting Wii U releases this week. Well, the flood continues as Zen Pinball 2 slams into our faces this week. But the 3DS is no slouch, either. Today you can pick up both Pokédex 3D Pro and Mutant Mudds at a discount, or pick up 50 Classic Games 3D and Lola's Math Train for full price. If you can stand the wait, Luigi's Mansion: Dark Moon and Pokémon Mystery Dungeon: Gates to Infinity will release on the eShop this Sunday. The Wii shows it still has some fight left with the Virtual Console release of The Path of the Warrior: Art of Fighting 3. So download away, you princes of Maine, you Kings of New England.

Did you begin to think it was all a dream? That Zen Pinball 2 was never really announced for the Wii U at all? Well snap out of it, because it's finally here! The initial download is free, and allows for timed trials of each pinball table. Find one you like? Throw down $3 and it's yours, learderboards and all. Partial to a bunch? Bundles are provided, each contains a set of four tables and sells for $10. There is a total of 25 tables, so you'll likely be kept busy for quite some time. So go on and take Tommy's crown.

Designed for children from 3 to 7-years-old, Lola's Math Train teaches our nation's youth the importance of numbers and shapes. Simple addition, subtraction and shape awareness are included, and the game boasts a difficulty curve that improves alongside the player.

Think your Wii has room for one more fighting game? I'm not saying Art of Fighting 3 is going to be the last, I'm sure there's plenty more obscure fighters hiding in the cracks of SNK's history. But, if you can squeeze it in, you can expect an almost entirely new roster of characters, the ability to damage downed opponents, a maneuver that ends a match in one round, and MOTION CAPTURED ANIMATIONS. Yes, motion capture in a sprite-based fighting game. Crazy.

If someone can find me a video of that episode I can't.  Thier is an awesome Pinball Wizard Twirling Routine.

It's a good day for science...ahem...I mean video games. That's one hell of a bunch of games and sales.

On the downside, it depresses me that Virtual Console has become a wasteland in which only cockroaches and relatively obscure NeoGeo fighting games have survived.

I'll write that subtitle for you:

You don't have to be deaf, dumb, and blind to enjoy this week's downloads....but it'd certainly help!

Feel free to send any royalty checks my way.