Mass Effect 3 to Launch Alongside Wii U

EA reveals when the game will release and what we can expect on the disc. 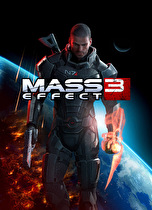 Mass Effect 3 will be a Wii U launch title.

During their summer showcase, EA revealed that Mass Effect 3, first shown running on the Wii U during a sizzle reel at E3 this year, will indeed release at the launch of the Wii U. According to Michael Gamble, one of Mass Effect's producers, the game will also include the extended ending and multiplayer DLC. It isn't clear if the just-announced Leviathan DLC will be included, as well.

Much like Mass Effect 2 on the Playstation 3, Mass Effect 3 will also include an interactive comic of sorts that will provide back story and present the player with the different dillemas he would have encountered throughout the first two games. The choices made will directly impact his play through of Mass Effect 3.

Wii U and Mass Effect 3 are both expected to launch this holiday season.

Sounds nice, but I have doubts on this version's success.


I am curious as to how the Mass Effect 2 interactive comic will play out. The footage I've seen of the Mass Effect 1 interactive, while serviceable, glosses over a lot of the details of the first game. I hope that the ME2 comic will be better in how it condenses that game's decisions and stories.


In any case, ME3 is an exciting adventure on its own. Also, the multiplayer can be addictive. From the looks of it, the Wii U version of Mass Effect 3 won't included the recently announced Leviathan single player DLC. I hope that changes as we get closer to the release date.

In any case, ME3 is an exciting adventure on its own.

I disagree. I found that MA3 was fairly boring throughout. Very little actually happens until the very end of the game. Without having played the previous games, you have no sense of need for closure. MA3 is completely worthless on its own. The only one of the games that could stand all on its own is the very first installment.

I found the main story scenarios to be at least adequately compelling entertainment. While I can only guess how less fulfilling it will be to only play Mass Effect 3, I think the story of Mass Effect 3 by itself is a satisfying one. The comic will hopefully fill in some of the details that make playing through all three games a great experience, though I very doubt it.

I played ME2 without touching the first game or reading anything about the story, and found it very compelling. ME3 blew comparatively, so I can only imagine what it would have been like without an ME2 background.

It could be done by letting people load their save from the other systems onto a USB flash drive and then plugging it into the Wii U. I can't imagine it would be terribly difficult to integrate a feature into the game that could scan through the save file and decipher all the choices a player has made. Remember, it wouldn't need to be able to load that save file, just scan it and figure out all the choices that were made.

That's assuming EA would be allowed by Sony/Microsoft to do any of that. And if they did, it would suddenly be something people would demand in every multiplatform game.

Nothing stopping them from allowing you to transfer from the PC.  Frankly, if the launch lineup is as strong as it sounds to be, I be surprised if this game sells enough copies to pay for its production cost.  Not the cost going into making it but, the marketing, shipping, and disc creation.

I think Bioware would have had a much more compelling game if they did something along the lines of doing Mass Effect 2 from the Perspective of James.  In other words an offshoot game and not Mass Effect 3 itself.

Who owns Mass Effect 2 and wants Mass Effect 3 and has not alreadly bought it and thus would consider getting the Wii U version or is just so interested in the Wii U extras that they'll buy it again?  I imagine that's like nobody so there is little incentive to even attempt to allow multiplatform saves to carry over.  Of course nobody wanting it is the problem with this game.  Something like this would normally only appeal to Wii owners that didn't get to play it but in this scenario playing the sequel by itself severely compromises the game.

If EA bases future Wii U support on the sales of this game, we're in trouble.  This is almost certainly going to fail.  I don't know if EA is being stupid or this is some poison pill to give them an excuse to ignore the Wii U in the future.  Probably just stupid.

They really should just release a Mass Effect 1 & 2 bundle game. The Wii U discs are large enough to carry 2 games. Such a value bundle would be nice, and would probably improve sales of Mass Effect 3, and would sale really well itself.
Id imagine 25% of people buying mass effect 3 would buy the bundle. If theres more added content to all of these then it would increase the value of these many folds.

They really should just release a Mass Effect 1 & 2 bundle game.

Better yet, they should just come out with a Mass Effect Trilogy. Its been 5 years since ME1 came out so surely the exclusive publishing deal for that game with Microsoft is probably expired now.... hopefully.

Count me in that group.

Supposedly the Wii U version is the best version to get (not counting the inability to tie-in with the last games). With the Wii U version you have all the DLC on the disc and there is extra tablet features. I think its an excellent choice for those who have never played the series before. I'm sure the interactive comic that is included will get you up to speed on whatever you missed... and whatever the comic doesn't cover you won't miss becasue you won't know what you're missing, so is it really that big of a deal? Only if you know what you're missing can you be upset about it.

It would be a nice treat if there is a comprehensive save import editor for those that are already familiar with the series. Since it is unlikely that you can import a save from a different system, the next best thing is to be able have a huge sheet of toggles and numbers of the relevant variables that are imported from Mass Effect 1 & 2 in to Mass Effect 3. Having something like that would interest me in getting the game again.

you can get around an exclusivity deal by changing it and calling it something else, when it is in fact basically the same.

Do they need to work around it though? Its been 5 years. It wasn't a permanent deal, right?