The trade association demands a public response regarding the issue. 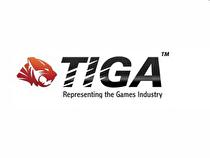 Trade group The Independent Games Developers Association (TIGA) has called upon Nintendo to explain its position on publishing game data in a recent press release.

TIGA is typically known as the representative of game developer interests (business and commercial) in the UK. On January 9th, TIGA CEO Richard Wilson made comments following news that Nintendo had refused to allow Icon Games to publish sales figures for their WiiWare titles. "If indie developers are to build effective businesses then they need to be able to share sales and downloaded games data with a variety of third parties," Wilson said. "This is necessary to facilitate business and financial planning, ease access to finance and aid recruitment".

Richard Hill-Whittall, director of Icon Games Entertainment, was more direct in his criticism of Nintendo. "Icon Games simply want to report on the games that they have self-published on WiiWare. Nintendo’s policy makes life as difficult as possible for small studios," Hill-Whittall said. In response to our previous article on Icon Games' numbers, Hill-Whittall gave a personal account of how the lack of sales numbers makes digital game financing a hard sell to investors.

A lack of available digital data is an issue that reaches much further than Nintendo, and it appears that there may come ramifications to those holding back. The UK game industry's Digital Group claims that potential video game investors are losing confidence because of a lack of digital data. Mediatonic's Geoff Heath echoes this sentiment, and says that "There is a ton of investors who want to invest in the games industry. I know quite a lot of them and what’s holding a lot of them back is getting good data on the non-boxed business."

As of right now, no public statement has been issued by Nintendo.

Why don't they go after Sony, Microsoft, Valve, and Apple? They all do the same thing.

I've read that Sony has publishers keep their PSN numbers confidential as well. I'm sorry but Icon Games is full of whiners  and attention whores. Their total output of WiiWare games all have been poor to mediocre at best.

I'll never understand why people in the game industry insist on biting Nintendo's hand instead of enjoying the meal.

I understand how continuing to hammer on this point could be an attempt to change the market for the better so that indie developers have an easier time... but open letters to Nintendo aren't effective and are dangerously close to the attention-whoring ways showcased by terrible organizations like PETA. Hopefully TIGA/Icon Gamers are doing something more than trying to create negative press in hopes of self-validation and/or grabbing cheap headlines.


That said, I'm done caring about the whole situation.


Publishing indie games on major console platforms isn't easy and involves significant risks for small teams. No sh*t. That is why many developers sell their games through larger publishers - even though there are some serious downsides with that approach. If developers don't like the contracts offered by certain platform-holders  then offer that feedback directly by refusing to sign on the dotted line instead of complaining about your failures after the fact.

It seems to me that TIGA is just being too upfront and rude about Nintendo's decisions in the industry. Nintendo's always done their own thing, and it's worked for them all this time. That much isn't going to change soon, I don't think.