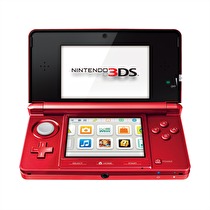 I hope this isn't limited to only Japan. I'd like some demos too.

Those are some hefty-sized demos!
Got them all on queue now, might take a while...


Here's hoping they are all the maximum 30x play limit.

Here's hoping they are all the maximum 30x play limit.

Can you bypass the play limit by deleting and redownloading?

I would think they'd have tied the 30 plays limit to the Activity Log, which will keep track of how many times you've played something even if you delete it.

I haven't even played any demo more than once anyways!