Gamers in Japan can play Wario's first adventure next week on their 3DS! 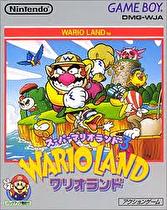 Wario Land: Super Mario Land 3 is set to be released in the Japan eShop on December 14 for 400 yen. This was revealed on the Nintendo 3DS Japan eShop under the “news” section for December 7. This brings the total of Virtual Console games to 39 in Japan.

While there has been no concrete word as to if and when Wario Land: Super Mario Land 3 will be released outside of Japan, the title was rated by the Australian Classifications Board in early October.

Got Wario land 1, 2, 3 for the gameboy and 4 for the GBA last year, never played them as I am just not bothered at all. just got them on a whim, just to own really (and they were super cheap in cart form).

BUT, if this comes out for the Europe eshop I will totally buy it!

Haven't bought anything from the eshop yet(except for mario land which is so small!), but if this comes out I will get it and Kirby 3d and Mario land 2 and Metroid and others, just need this Wario push!

And so we continue to get coal this christmas season from the eshop, receiving the occasional diamond download from Nintendo to whet our appetites for a price.

Who knows... Wario Land 4 could be an ambassabor game...

Wario Land is one of the best Game Boy games, so anyone who missed out on it should definitely check it out. It's different enough from Mario games to be a unique platformer.

Who knows... Wario Land 4 could be an ambassabor game...

*On Wednesday, Dec. 14th, I read that Wario Land 4 will be an ambassador game*


Wow! I called it perfectly!!