For the first time, Comic-Con attendees will be able to play Skyward Sword among other games. 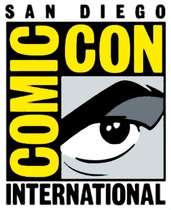 A demo of The Legend of Zelda: Skyward Sword, will be playable to the public for the first time at this year's Comic-Con, starting on July 21st and running till the 24th.

Dragon Quest Monsters: Joker 2 is the only DS demo to be shown at Comic-Con.

As part of their Comic-Con presentation, Nintendo has hired an artist in order to create a Zelda themed chalk drawn. As the show progresses, attendees will see the work being completed.

Nintendo will also have a presence outside of Comic-Con. They will be hosting a Gaming Lounge where players will be able to stop by at the Marriott Marquis & Marina at 333 W. Harbor Drive, right near the San Diego Convention Center.

The Legend of Zelda: Skyward Sword and Other Top 2011 Releases to Make Public Playable Debut at Leading Pop-Culture Event

REDMOND, Wash., July 18, 2011 - Nintendo is returning to Comic-Con in San Diego this year, and fans will have a lot to get excited about. In addition to top Nintendo 3DS™ games releasing this holiday season such as Super Mario™, Mario Kart™ and Kid Icarus™: Uprising, The Legend of Zelda™: Skyward Sword for Wii™ will make its public playable debut in North America, letting players experience Link's latest motion-controlled adventure firsthand. In addition to Nintendo's booth at the show (#5135), multiple activities will take place at a special Nintendo Gaming Lounge for Comic-Con attendees in the San Diego Ballroom at the Marriott Marquis & Marina at 333 W. Harbor Drive, adjacent to the San Diego Convention Center.

To celebrate the launch of The Legend of Zelda: Ocarina of Time 3D for the Nintendo 3DS system, the upcoming launch of The Legend of Zelda: Skyward Sword and the 25th anniversary of the franchise, Nintendo has commissioned an artist to create a large chalk drawing. The piece will be created on-site over several days at the Nintendo Gaming Lounge, with an artist detailing the design throughout the event. Fans are encouraged to stop by frequently to check on its progress.

Pokémon™ fans are invited to a special meet-up event from 4-6 p.m. on July 21 at the Nintendo Gaming Lounge. There they can battle and trade with Pokémon Black Version and Pokémon White Version games. Nintendo 3DS owners with the Pokédex 3D application will be able to exchange Pokémon data with other users and interact with a giant Pokémon AR marker of Legendary Pokémon Reshiram. Also while supplies last, attendees can enjoy Pokémon giveaways, including a set of three Pokémon AR marker cards, pins, Pokémon cinch sacks and Pokédex 3D T-shirts.

Visitors to the Nintendo Gaming Lounge can also take advantage of other fun activities and daily giveaways (while supplies last) such as collectible Kid Icarus: Uprising AR Cards, posing for 3D photos in an oversized AR Card gallery, sharing StreetPass™ data with other Nintendo 3DS users and downloadable treasure maps for DRAGON QUEST® IX: Sentinels of the Starry Skies.

Heh. Pokedex 3D demo. That thing is pretty much a demo itself.


Nice to see the titles there. Skyward Sword is reportedly done, so perhaps word on a final build?

I'm actually curious to hear about Captian America, and Kid Icarus from another perspective.

AFAIK, Pokedex 3D will always be free as Nintendo has not announced any plans to charge. I don't think they could justify it because it's worthless, you basically get to look at the new Pokemon in 3D. Big deal, there is no actual game in it.