Players will be able to play as their favorite Disney characters in this crossover game for Wii. 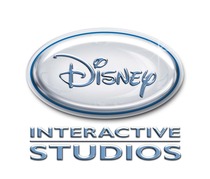 A listing on Amazon has revealed a new Disney game called Disney Universe.

Based on the information given out, it will be a crossover adventure game where players can take on the role of various Disney characters, both contemporary and classic. Some of these include TRON, Alice from Alice in Wonderland and Stitch from Lilo and Stitch.

It also mentions that there will be six different worlds, based on Disney and Pixar films. Finally, it will have a four-player multiplayer mode where players can cooperatively complete the game or be competitive.

The Amazon page states that the game will be released on May 26, but Disney Interactive has yet to fully confirm its existence.

Special thanks to BlackNMild2K1 for the news tip

Any new games for the Wii is a plus. I own Epic Mickey, need to beat my current game being playing, de Blob, and start that.

So its Kingdom of Hearts minus Sora and Square pretty much...

I'll try not to sound like a dick but I have some inside info on this project. You play as an avatar that wears a "suit" of a character and then take on those atributes. So you can have A simba onesy-esque suit over your avatar and have his abilities and go through themed levels with the option of different character suit downloads and new level downloads. The idea sounds awesome. Can't wait until we see more.

Hmm... That sounds better then what I was thinking.

The characters may scream Little Big Planet, but the gameplay and level design forges a decent mix of the aforementioned Lego titles, as well as Behemoth's Castle Crashers, though less in difficulty and more in companionable back-stabbing.

It's for all intents a side-scroller, wider areas with multiple traversable ledges intermixed with tighter bridges, with combat and multi-stage puzzles devised around the theme of the level.

Alright my interest in this game with those screen shots and that description is now to the "I'm going to avoid this like the plague." level.

We discovered this game in a Javan cave previously unexplored by science.

Looking at these pictures I would fashion the story of an evil blue people tribe came and skinned your favorite Disney characters to make them into costumes to assume their powers.  Slowly enabling their takeover of Disney and then the World.

We discovered this game in a Javan cave previously unexplored by science.

would that cave happen to be the "submit news" inbox?
and would science be the NWR staff? :P