The Wii-exclusive Dragon Quest title may see release next year. 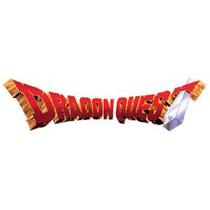 Dragon Quest composer Koichi Sugiyama revealed that he is working on the music for Dragon Quest X, and that the game might see release next year.

During a Dragon Quest series concert in Fukuoka, Japan, the composer offered his thoughts during a mid-concert talk session. He stated that, "I'm currently making Dragon Quest X's music with the aim of next year." He added that he is working hard as he'd like it finished by next year, but wasn't clear if he was talking about the music or the game as a whole.

In last month's issue of Nintendo Power, series creator Yuji Horii confirmed to the publication that Square Enix is still working on the title for Wii. Dragon Quest X was originally announced in 2008, but the company hasn't mentioned its development progress since.

They are sure taking a good, long time developing it. Is there a high possibility that the 2008 announcement was made when production barely started, similar to Final Fantasy: Crystal Chronicles: The Crystal Bearers' first announcement?

That might've turned out to be Dragon Quest Swords...maybe. But yeah, here's hoping they'll release it in the west. I know it sounds like an obvious move, but I 'unno man, Nintendo's been weird ever since Sarah gave him some weed. It's like he's not the same person anymore. It's ruining his-oh what? Yar, I'm definitely a newbie DQ fan. IX bored me at first, but that nagging RPG craving came crawling back as it does, and I went back to it and loved every minute of it. Didn't fart-arse too much with the end game stuff though...too random. Got close to finishing...VI I think. That other one with all of those seperate story lines gave me the poops. Gimmie a party and lemmie stick with it!

I am really anxious for this game, and with Nintendo next console having backwards compatibility, all those people who got rid of their Wii can still play it.  ;D