GDC 2011 Will Feature Many Nintendo-Oriented Lectures

Speakers will discuss a range of Nintendo-related topics including 3DS, Nintendogs, DKCR, and WiiWare titles. 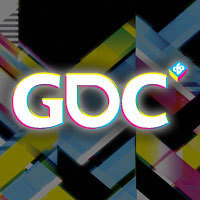 Hideki Konno will lead a lecture titled, "Development Process of Nintendo 3DS." He is expected to discuss the challenges faced in creating the 3DS as well as his work as the producer of Nintendogs + Cats.

Bryan Walker and Michael Kelbaugh from Retro Studios will join Nintendo’s Kensuke Tanabe in a lecture called, "DONKEY KONG: Swinging Across Oceans." These speakers will discuss how Donkey Kong Country Returns was an overseas collaborative effort between Retro Studios’ team in Texas and Nintendo in Japan. The overseas development of DKCR has already been publicly discussed in a recent Iwata Asks featuring Retro Studios.

GDC will also feature a lecture from Cave Story creator Daisuke 'Pixel' Amaya.  In his first public appearance, he will detail the creation of the original indie PC game, along with the subsequent WiiWare and DSiWare versions. This lecture titled, ‘The Story of CAVE STORY’ will also go into detail about how the game turned out very differently from the creator’s original intent.

In addition, Retro City Rampage developer Brian Provinciano will take part in a lecture called, “The Next Steps of Indie: Four Perspectives.” He will discuss how Retro City Rampage began life on the Nintendo Entertainment System.

Some additional details about Iwata’s keynote presentation, "Video Games Turn 25: A Historical Perspective and Vision for the Future," were also revealed. His lecture will feature discussion on the evolution of the game industry and his perspective on where the industry is heading.

As the overall session list for the February/March event expands even further ahead of the Monday, January 24th early registration deadline, following the confirmation of a Nintendo keynote from the company's president Satoru Iwata.

These talks are part of GDC 2011's Main Conference, which takes place at the Moscone Center from Wednesday March 2nd to Friday March 4th, 2011 during the pre-eminent, San Francisco-based event.

These brand new additions to the GDC 2011 roster include the following lectures:

- Nintendo veteran Hideki Konno is presenting a rare lecture at GDC called 'The Development Process Of The Nintendo 3DS'. This is the first time that the Super Mario Kart director -- who has worked at Nintendo since 1986 -- has talked in detail about his work on the glasses-free 3D handheld gaming system.

As the lecture description explains of Konno: "Recently, for the first time in his career, he was assigned the role of overall producer for new Nintendo hardware: the Nintendo 3DS system. Mr. Konno will discuss how he has dealt with the challenges of developing the successor to Nintendo DS while, at the same time, being deeply involved in the software creation process of Nintendogs+Cats as the game's producer."

- In his first public game design talk in several years, Epic's Cliff Bleszinski is presenting 'Industry Lessons Learned and Applying Them to the Road Ahead' at GDC this year. He'll be focusing on a multitude of topics, starting with "understanding marketing and PR are not only important to a game's promotion but to its actual design and implementation."

Along the way, the Gears Of War franchise co-creator, also working on current Epic titles such as BulletStorm, will discuss "the current state of the industry and the future, [featuring] Bleszinski's thoughts on AAA gaming, social gaming, and the connected future", with plenty of detail from a design and business perspective.

- Elsewhere, in 'Donkey Kong: Swinging Across Oceans', a trio of Retro Studios and Nintendo developers discuss the major-selling first-party Wii title Donkey Kong Country Returns. They'll touch on why "the process of game design is never easy. But it gets even more complicated when the needs of a global audience are considered, and development spans an ocean."

As explained, the game "was created in tandem by Retro Studios in Texas and Nintendo's development department in Kyoto. Nintendo's Kensuke Tanabe, who specializes in such overseas collaborations, as well as Retro Studios' Michael Kelbaugh and Bryan Walker, will jointly discuss how different minds on different continents can combine to create a title that has global appeal."

At the forefront of game development, Game Developers Conference -- part of the UBM TechWeb Game Network, as is this website -- continues to deliver the most pertinent and informative updates in digital entertainment, with a host of GDC 2011 Main Conference and Summit content announcements to come over the next few weeks.

Game Developers Conference 2011 -- the 25th iteration of the industry-leading show -- will be held at the Moscone Center in San Francisco from February 28th to March 4th, and early reduced-price registration is openonly until January 24th. For more information on all aspects of the show, visit the official GDC 2011 website.