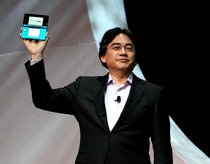 Following Nintendo's Financial Results meeting today, where figures for all of Nintendo's sales and profits for hardware and software were released to investors, a supplementary information document gave a launch schedule for October 2010 onwards, including a preliminary list of Nintendo published games for Nintendo 3DS.

Nintendogs + cats, PilotWings Resort, Steel Diver, and The Legend of Zelda: Ocarina of Time 3D were all listed for a Spring 2011 launch. Kid Icarus Uprising was given a date of simply 2011, and Star Fox 64 3D, Animal Crossing, Paper Mario, and Mario Kart were all listed as TBA. The US/Europe listings had the same games, but all releases were TBA.

It is noted in the document that game titles and launch schedules are subject to change. The listings are given below.

No Star Fox?  I was hoping to pick up OoT and Star Fox at launch.  And I'm genuinely surprised Kid Icarus doesn't look like a launch title considering how hyped it seemed at E3.