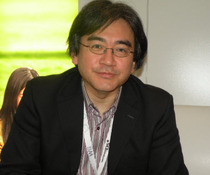 At their press event Wednesday, Nintendo announced that the 3DS would be launching February 26, 2011 in Japan and in March in Europe and North America. Many analysts had predicted a 2010 release for Japan, and possibly for other regions. Nintendo president and CEO of Nintendo Co. Ltd. said the 2011 date was chosen due to supply constraints.

"At first we thought it would be desirable to launch the 3DS within the year, so we made our forecasts on that basis. At this point it is clear that if we launch within the year, we will not be able to supply enough units."

The Wii was famous for the scarcity of units long after the system's initial launch.

Nintendo also lowered their earnings forecasts for the fiscal year, ending March 31, 2011.  They cited lower than expected sales of DS and Wii as well as the relative strength of the Yen.

So they were planning on releasing it this year! A shortage of units would be pretty bad though, as I'm sure victims of the Wii drought from three and a half years ago can probably relate to.

they could have just used part of that fortune to ramp up production.... even if it wasn't really cost effective now.
That would have absolutely killed any Sony/MS chance of having a decent Xmas especially concerning Move/Kinect launches in Japan

So they were planning on releasing it this year! A shortage of units would be pretty bad though, as I'm sure victims of the Wii drought from three and a half years ago can probably relate to.

And two and a half years ago. I got one in January 2008 and I still had to get to a store hours before it opened on a day it received a shipment to get one.

Yeah I got my Wii on December 1st 2006. I had to call to multiple places days in advance to see when stores were getting them. Finally I got one from Gamestop. The UPS and Fedex trucks were just ariving to the mall when I made it to there. I rushed in and notified the store employees that the trucks arrived and waited.
Oh it isn't really a good idea to try to get a Wii on Black Friday.

I'll bet you that I can walk into any electronics store on black friday at noon and grab a Wii, no problem.

I was refering to the past years when I did try to get a Wii on Black Friday.

Release the system and let those who can get it, get it.  Those who can't, can wait.  I mean, they'd have to wait anyway?  Why make everyone wait?

That can't be the only reason. I'll bet something else if causing them to hold it back as well.

Kinda bummed. I had hoped for a Christmas launch.

Maybe we can get another colour for the system by waiting for later. :)

Nintendo didn't exactly have a strong line-up of playable software to show off at E3. I have to think software readiness played a role in Nintendo's decision to delay the launch, as well.

well, at least this way we'll be getting the 3DS very shortly after Japan does. There were some games I thought that if they came out in Japan this year and in North America next year, I wouldn't be able to stop myself from looking at Japanese playthroughs. I'm glad that I won't be looking at any spoilers any time soon. I mean, unless Nintendo previews them. Not by looking at playthroughs.

i think i will take that bet blanknmild.

The subtitle in the news story has a typo.  I think you mean the release date was moved back.