The Wii has its lowest sales month since launch, but Mario just keeps on selling software. 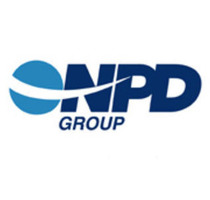 The August NPD numbers have been released, and Nintendo once again yields the top console sales spot to Microsoft. While the recently-redesigned Xbox 360 sold the most systems overall, the Wii finished August in third place with sales of 244,300, with the Nintendo DS finishing second with 342,700. The Wii finished the tracking period with its lowest month of hardware sales since its 2006 launch.

On the software side, Madden NFL 11 was unsurprisingly the top game of the month, taking the top two spots on the chart. Super Mario Galaxy 2 finished in third, roughly 770,000 units behind second-place Madden NFL 11 for PlayStation 3. Its sales of 124,600 were enough to push it ahead of Mafia II for the Xbox 360. New Super Mario Bros. Wii and Wii Fit Plus continued to be big software sellers on the platform, taking the sixth and tenth spots respectively. New Super Mario Bros. for DS outpaced its console big brother for the month, moving 110,400 units to earn the fifth spot.

A comparison of year-to-year numbers with last August reveals some interesting trends. Portable system sales are definitely taking a hit, with dollar sales for portable hardware, software and accessories all down 25% versus last August.  Meanwhile, console dollar sales are only down 6% for the same period.  This certainly must have factored into Nintendo's recent decision to drop the prices on its DSi and DSi XL systems on September 12.

In terms of console sales, the Xbox 360 and PlayStation 3 are trending upwards, while Wii appears to be trending downwards. The Xbox 360 was the top-selling console for the third month running (and this probably won't change with next week's release of blockbuster Halo: Reach), while the PlayStation 3 posted its 13th consecutive month of year-over-year sales increases. NPD analyst Anita Frazier was still bullish on the Wii however, stating that, "With games like Wii Party or Disney Guilty Party which are fun family-oriented games that have worked so well for the Wii platform, we'll see hardware unit sales increase."

Go Mario! Especially great to see Galaxy 2 doing well month after month, after the first one sagged in N. America.


It will be very interesting to see if Metroid cracks the Top 10 for September. It was released after the reporting period for August (which ended 8/28).

I find it amazing that the Wii version of Madden didn't make the top 20 but the PS2 version ranked #14.  :Q

I wonder how long the 360 buying spree will last. I know allot of people who are re-buying 360 to have newest slim version so Nintendo shouldn't panic regarding the numbers.


I also wonder how DS sells are in September with the price cut. It's going to have a good 2 or so weeks with price reduce.

Will September have MOVE sales by itself? I'm very curious how that works out

Nintendo could have had a similar effect with the release of the Black Wiis if they had upped the internal flash to something like 2-4GB.

Nintendo could have had a similar effect with the release of the Black Wiis if they had upped the internal flash to something like 2-4GB.

That would have only worked if they'd allowed people to transfer purchases. Even then, the Wii doesn't have a major hardware flaw that would make people want a new model.

I'm a bit surprised actually, that this is the lowest number for Wii sales in a month. I remember hearing about shortages during a few months of the first couple years; I bought one in January 2008 when there was reportedly a shortage, which is why I had such trouble finding one. The sales for that month were in the 200,000 range, though I don't know what the number was.

274k, and it was number 1 that month. Apparently everyone was having shortages that month.

Eh, it's the month after Christmas. They were still recovering from the holiday rush.

Would ANYBODY buy a Wii just to play Other M?

I haven't even bough Other M just to play Other M and I already have 3 Wiis.

Would ANYBODY buy a Wii just to play Other M?

Other M is the only game I've really played on my second Wii since I got it.  Does that count?

I said "might," eesh. I already have one so I don't know what people would buy one for, plus I don't think anyone buys a system for only one game, so Metroid Other M would just be their first game.

Actually there are soooo many people that buy a system for only one game (Wii+WiiSports combo...? How quickly you forget :P: )
How many people do you think bought Xboxes jut for Halo
or Playstions just for Final Fantasy?


Not saying that it will end up being their only game, but lots of people end up buying a system for only 1 game with no intentions at the time of buying anymore.

But I really doubt there is anyone out there that is gonna go buy a Wii just for M:OM.
This game does not have that kinda following or Hype attached to it.

What about all the people who think the game is something their MOM would like? 10 million-seller or bust.

I knew someone was going to mention Wii Sports. I think the number of people who did that is less than what some people make it out to be. Though, I shouldn't have said I don't think anybody does it, I should've said very few people do.

What about all the people who think the game is something their MOM would like? 10 million-seller or bust.

No chance in hell, that would be more than 5X as many copies as any other Metroid game and early sales seem to indicate the game will struggle to even get to 1 million. I don't see this as a system seller, way too niche. It would be like calling Fire Emblem a system seller. Whether or not it is a good game (I haven't played it yet and I plan to wait), I don't see anyone buying a Wii for this game. They may be interested in it, but this won't be the reason for buying the system.

ATTENTION: The robots are among us and they want to destroy us! The only way we know to detect them is their lack of understanding of humor, if you see someone reply to a joke with complete seriousness he is a robot!