Galaxy 2 launch event. Charles Martinet, the voice of Mario and

Waluigi, was on hand signing autographs. People also had the

opportunity to take pictures with Mario and Luigi.

to meet Charles Martinet. While it eventually was necessary to cut-off

the line, Mr. Martinet did stay well after his scheduled departure 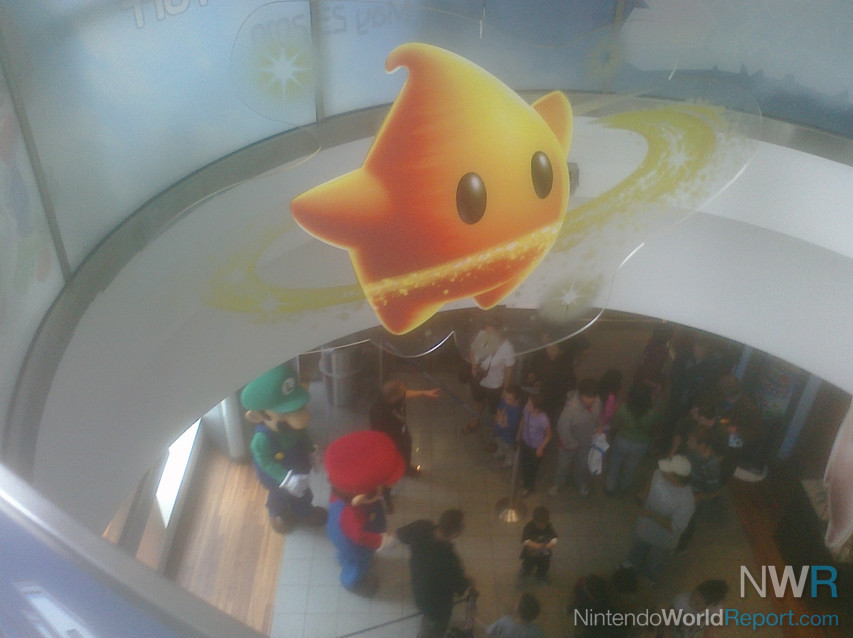 A Super Mario Galaxy 2 decoration hangs above children waiting to take photos with the Mario Bros.

celebrating the release of the new Mario adventure.

Check out a short video of the event below.

Nice choice on music for the video.

Did anybody get to go there today?

The fact that Charles Martinet said hello to the site is so cool I can forgive the fact that he mispronounced the site's name XD ,

pretty cool. wish i could have gone but, i live in Florida.

OMG THAT IS AWESOME.

That's so cool, I can't believe I have to wait until Mid June when I get back to the states to play this.

That Zelda lunchbox I would like. I wish Nintendo had a store on the west coast.

I couldn't make it and I wanted to go so bad! It was great to hear Charles greeting the site. I don't think I could have stuck around for something like that though- it looks packed. I want a stuffed Bowser.

That was really cool.

Wow, that was great!