Today, the original GBC Shantae game gets a long-awaited re-release on the Switch. I just posted my review of the plucky heroine's maiden adventure, and I was lucky enough to get an opportunity to bother Matt Bozon, the Shantae series director and WayForward's creative director, with some questions about that landmark game. Thanks to Matt, of course, for entertaining my fanboy ramblings; it's always a pleasure.

Zach Miller (ZM): Could you talk about Shantae's origin story? Where do she and her charismatic castmates come from, and how was that original GBC game made? It's quite a technical feat for the GBC. 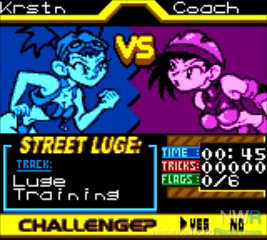 Matt Bozon (MB): Shantae’s story begins in 1994 with my wife Erin, who came up with the character and game concept following our time together as animation students at CalArts. It was all about a hair-whipping, belly-dancing genie who could ride animals and summon magic. It sounded really fun! I helped out by fleshing out the world and the cast, introducing Risky Boots, Rottytops, Sky, and Bolo. We got help from programming legend Jimmy Huey, who helped pitch the game around to various publishers. It wasn’t until a few years later, when all three of us were working together at WayForward, that Shantae was greenlit for production, this time reimagined as a Game Boy Color game. After getting our feet wet with Xtreme Sports, which was our first GBC title, we moved straight into development of Shantae. We worked on the game for about two years, with other team members joining as needed. As for the technical wizardry, Jimmy found ways to get more tiles, extra colors, and even the illusion of parallax scrolling and translucency out of the GBC through a variety of programming tricks, somewhat blurring the lines between GBC and the Game Boy Advance. Compared to similar games of the era, I think it’s still pretty impressive!

ZM: I know that Shantae's overworld and basic dungeon layout is inspired by Zelda II and Castlevania II (or at least, I have always assumed), but the animal transformations are wholly unique. The closest analogy I can think of is Super Metroid, but even that feels wrong. Where did that originate, and how did you decide on her animal forms/powers?

MB: Erin loves animals and dancing, and the idea of Shantae combined both. Her earliest designs had Shantae riding the animals, or sending them off on tasks based on their abilities. Players could take control of a monkey to collect out of reach items, ride an elephant to bash down barriers, or summon a tiger that could leap over long pits. Later it changed to having Shantae belly dance to transform herself into the animal forms directly, which eliminated the need to backtrack or swap between Shantae and her animal friends. Erin also wanted a heroic lead that didn’t rely on a traditional gun or melee weapon, so she came up with the hair-whip attack, inspired by the TV show I Dream of Jeannie!

ZM: Shantae's original publisher was Capcom; I've always wondered if you have to get their sign-off to continue the series without their involvement or re-publish the original game on 3DS and Switch? Did they ever entertain a sequel?

MB: Capcom focused mainly on the game’s distribution. So there were no set expectations for the series moving forward. But Capcom did entrust us with a Dolphin development unit sometime around 2002 in hopes that we could come up with a Shantae GameCube sequel. We did some very early exploration into this idea, but ended up focusing on Shantae Advance instead. GBA was where most of the work-for-hire jobs were coming from and, as always, we had to find creative ways to keep the lights on! So, unfortunately there was no second Shantae title with Capcom, though we have enjoyed a wonderful working relationship with them ever since!

ZM: Was it challenging to port the game to 3DS or Switch? I seem to recall hearing that Risky's Revenge had to be basically rebuilt for mobile, which was then ported to modern systems. I have to assume porting a 20-year-old GBC game would be just as difficult. 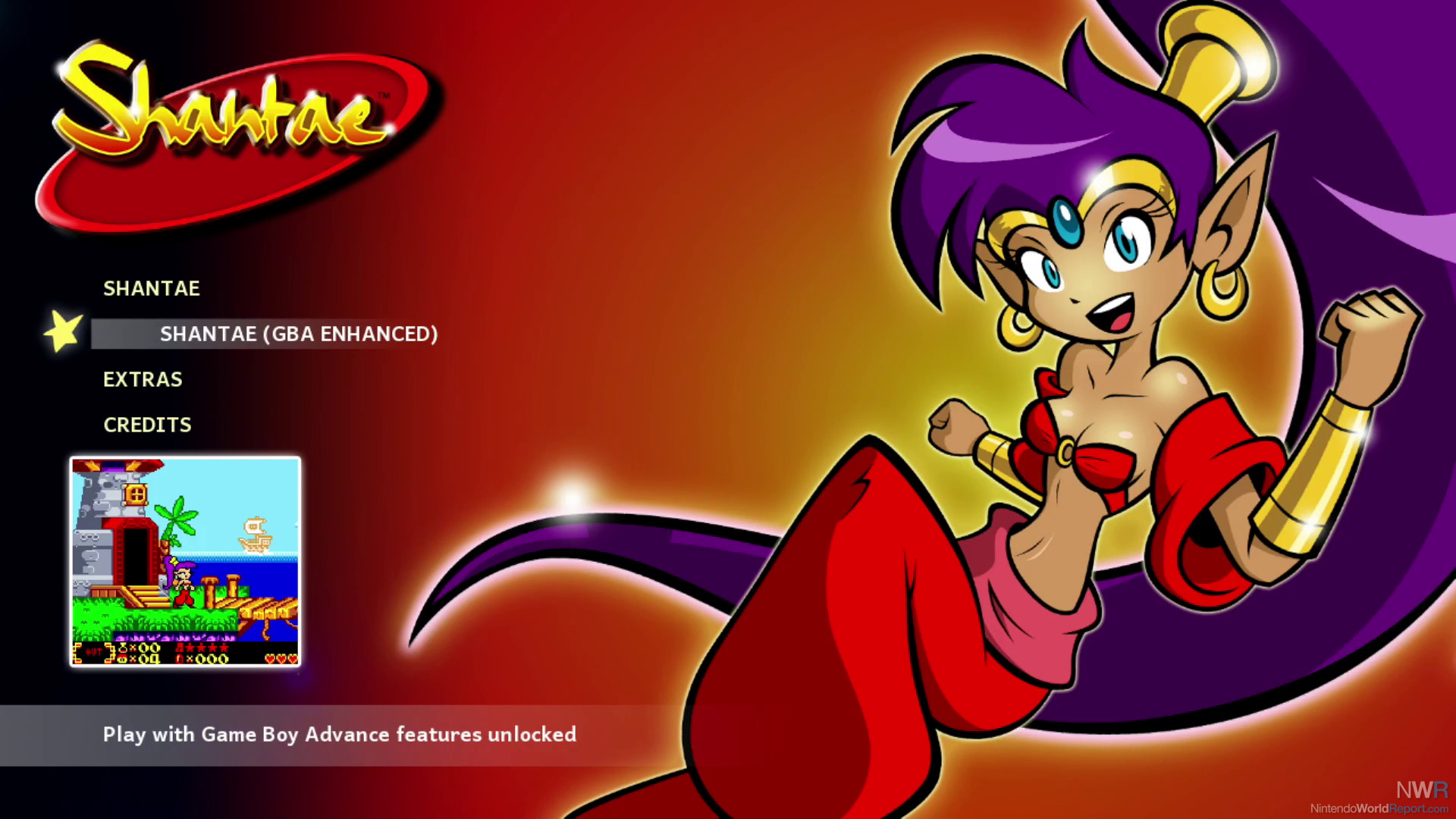 MB: We were very fortunate to have Limited Run Games handle the porting, and they entrusted the task to Dimitris, aka Modern Vintage Gamer, who knocked it out of the park. There were definitely technical challenges that I’m sure he’d be able to explain – but some challenges were in knowing which of the game’s little quirks were legacy bugs or exploits versus things that needed “fixing.” The quest is vast, and while working with him, I’d sometimes remember something from the original production that never was in the final product. Between Dimitris, WayForward’s QA team, and myself, we were constantly returning to the original cartridge, counting frames, checking for oddities, looking under different reflective light sources (remember, light bulbs were usually yellow, or burning-hot halogens – not LEDs – when the original game was color balanced). The original game had a very limited release back in 2002, and really has never been exposed to a large audience – returning only once in 2013 to Virtual Console. So in many ways I feel that the game is about to be put through its paces for the very first time by a wider audience! I’m really looking forward to hearing what new fans think of the original game.

ZM: I was kind of floored when I heard that Limited Run was actually making new GBC carts of the original game. How did that amazing idea come about? I didn't even think GBC cartridge parts were being made anymore (lord knows I preordered it immediately).

MB: I don’t know how they pulled that off, but we were similarly shocked to hear that this was even a possibility. It seems like it would be prohibitively expensive, especially considering that Shantae required the biggest cartridge available. But it would still be orders of magnitude cheaper than finding one of those original cartridges, new in box or even used. So, our hats are off to LRG for pulling this off!

ZM: One thing that I've (personally) appreciated about the Shantae aesthetic is that the character designs trend towards older "good girl" art (I'm thinking of guys like Gil Elvgren or George Petty) while also being more cartoony than either. Was that intentional or am I off my rocker? The series has also seen a lot of variety in character art--do you have a favorite? Has her "look" stabilized in this Half-Genie Hero/Seven Sirens era? 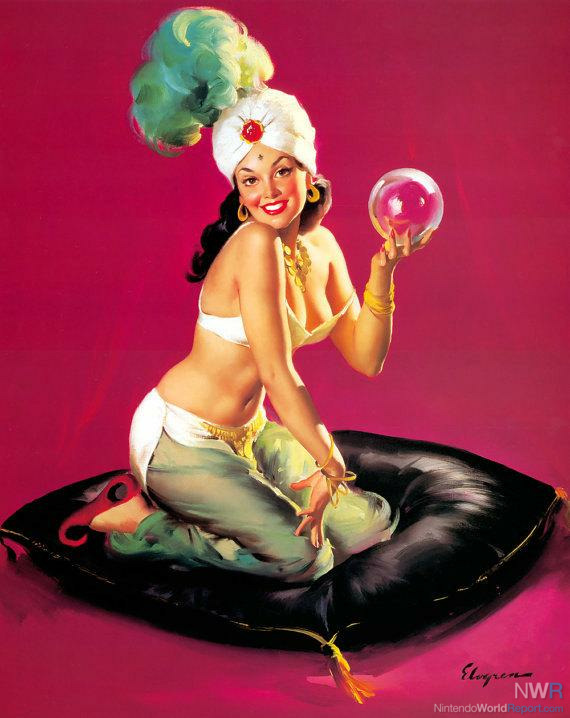 MB: Wow, that’s a very interesting question. Growing up, those artists could be seen all over the place, but no, I don’t believe there was any direct influence. But we did create Shantae’s look to be highly posable while retaining a strong silhouette, much like the artists you mentioned. The art style was really sort of a hybrid approach – we developed our own unique style, but there were plenty of influences from anime and manga. Some examples include Dirty Pair, Ranma ½, Outlanders, and Nadia: Secret of Blue Water, and there were many others as well! Right now, it’s hard to say if there’s one go-to Shantae style. Erin and I both often consider Half-Genie Hero’s portrait and box artwork to be the most “evergreen” of the designs. But the interpretations by Studio TRIGGER have been flavoring a lot of our decisions recently, too. Honestly, Shantae translates to varying art styles pretty nicely, so there’s always room for a new look!

ZM: It's also just a great time to be a Shantae fan. Apart from the games, there are T-shirts, a vinyl record, an upcoming art book from Udon, pins, some CharaGumin garage kits, and I'm probably forgetting a few things. Anything coming down the pipe that we can look forward to?

MB: Of the new products on the way, the Art of Shantae book from Udon is definitely a big one, collecting 27 years of artwork into one truly massive tome! We searched every nook and cranny for Shantae artwork, early designs, and even ideas that never made it into the games. Shantae fans will not want to miss it! We’re also working on a free update to Shantae and the Seven Sirens to open up a few more play options, as well as new merchandise. Shantae fans have been great at voicing which kinds of products they’d like to see, and we try to listen to everything! We know that fans would like to see more figures, manga, or even a show, so we’ll do our best to make as many of these dream projects come true as we can!

Well there you have it folks. Personally, I'm thrilled that somebody other than myself remembers Outlanders, which, along with Caravan Kidd (both from Johji Manabe) strongly influenced my own character designs. As always, thanks to WayForward and Matt Bozon for getting this fun interview together. If you're not aware of that Shantae art book from Udon, you are now. The publication date has slipped a few times no thanks to COVID, but it's currently slated for a June release. And hey, check out Shantae, which hit the eShop today. It holds up!