We talk to Bit Loom Games about their funny dog game and how it evolved over time and yes, how Dark Souls influenced part of it.

Phogs is a game that stands out, at least in the colorfulness and absurdity of the concept. Developed by Bit Loom Games and published by Coatsink, the new Switch game (due out on December 3) can be simply summarized as the physics-based dog puzzle game, sort of. In layman’s terms for adult children of a certain age, they made a CatDog video game.

But despite the fact that, at least to this American Millennial, CatDog immediately came to mind, the trio of Scottish developers responsible for Phogs were not aware of their game’s resemblance to the Nickelodeon cartoon. I had a chance to ask that trio (James Morwood, Douglas Flinders, and Henry Pullan) about the past and present of Phogs. I was shocked to hear they didn’t know about CatDog, but also delighted to hear that Phats (the physics-based cat puzzle game) is not 100% off the table and also that due to the influence of Dark Souls on the boss battles, I can make this article’s headline "Is Phogs the Dark Souls of Funny Physics-Based Dog Puzzle Games?"

But before boss battles became a key part of this floppy goofy dog game, the concept the team at Bit Loom had was focused on competitive multiplayer. While still leveraging funny physics, it was more along the lines of “Dog Sports,” as players competed in different events. An early version of the game featured a half golfer/half dog that would chase after the ball after it hit the ball. However, this competitive multiplayer was well-worn territory in their view, so that’s when the co-op puzzle focus took hold. 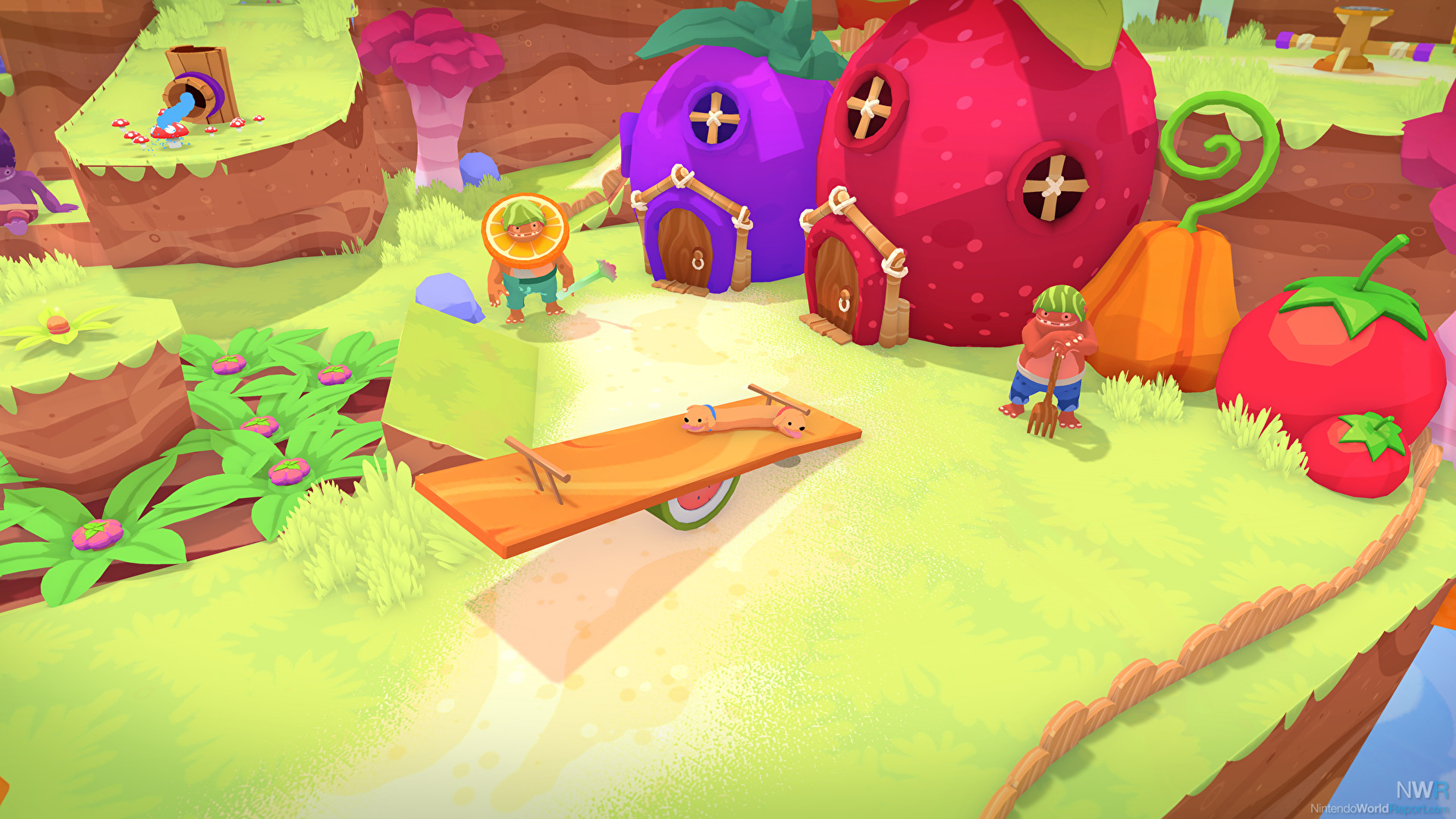 The 2014 PS4/Vita game Hohokum was a major inspiration, with its varied worlds and engaging non-playable characters. They also tried to structure their worlds in a way that evoked Super Mario 3D World and Captain Toad: Treasure Tracker. Combat was never a focus in their design. It was all about exploring worlds and solving puzzles. James Morwood is an especially big Captain Toad fan, and when asked about what Nintendo character he’d like to see in Phogs, that exploring toad topped the list. Heck, he could even just function as the good captain does in Super Mario Galaxy and Odyssey: he’s just exploring the world of Phogs and you can run into him. For what it’s worth, Douglas Flinders called out Waluigi as his Nintendo character of choice to enter their world, which would certainly add some flair to the characters of Phogs.

The characters of Phogs are already full of flair, though, fitting into the three worlds of Food, Sleep, and Play. A lot of the NPCs just came out naturally, fitting into those areas effortlessly. Of course farmers are in the Food world; how else is the food being harvested? The worlds were once more expansive, with nine in total. However, this was too chaotic and nonsensical. For example, they had a “Maze World” that was just a bunch of mazes. Settling on the dog concepts of eating, sleeping, and playing as their main worlds was a key moment in development. 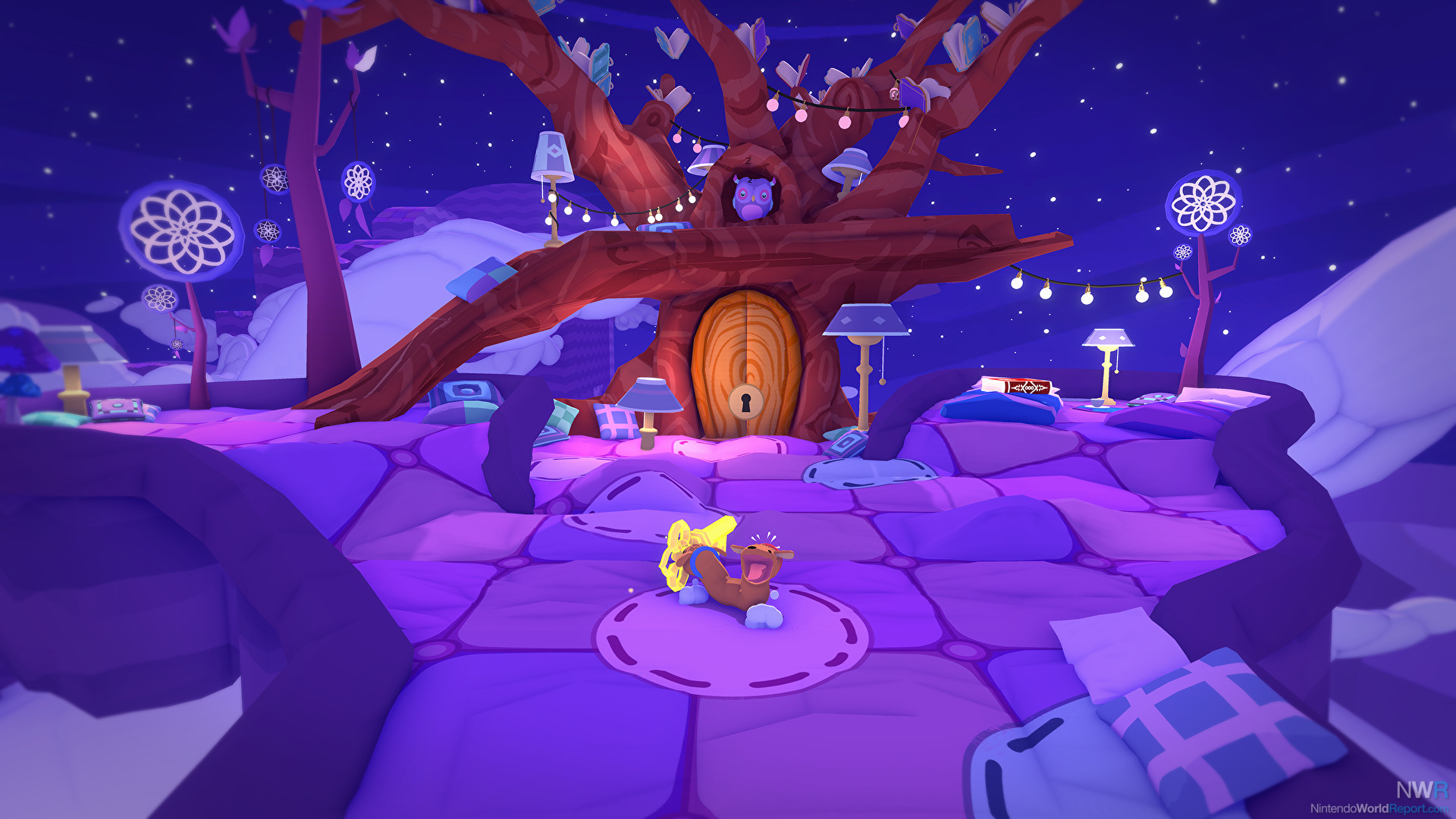 One of the later pieces of the puzzle was the boss battles that ended every world. A joke emerged about how they were going to make the big boss at the end of development. When they got to that point, the concept of bosses just actually fit into the world. These aren’t bosses in the traditional combat sense, though, as all of them are a series of puzzles that have to be solved to use the environment to stop an enemy. The co-op angle of the bosses was something the developers actually derived from their time playing co-op Dark Souls. You’d be hard-pressed to find much in the way of similarities between Phogs and Dark Souls, but there is some connective tissue in how the gentle boss segments in Phogs work in co-op when compared to the same harsher segments in Dark Souls games.

Phogs is hitting digital stores at the end of a tumultuous year and Bit Loom Games hopes the jovial nature of the game will be a bit of a salve for the year 2020. They hit their own struggles this year, as Phogs was first set to launch in the middle of the year, but with this silly floppy puppy dog puzzle game finally at hand, hopefully we can all enjoy the absurdity and colorfulness of this delightful world.