The one-man developer tells us all about some of the thinking behind the sequel and how development is going. 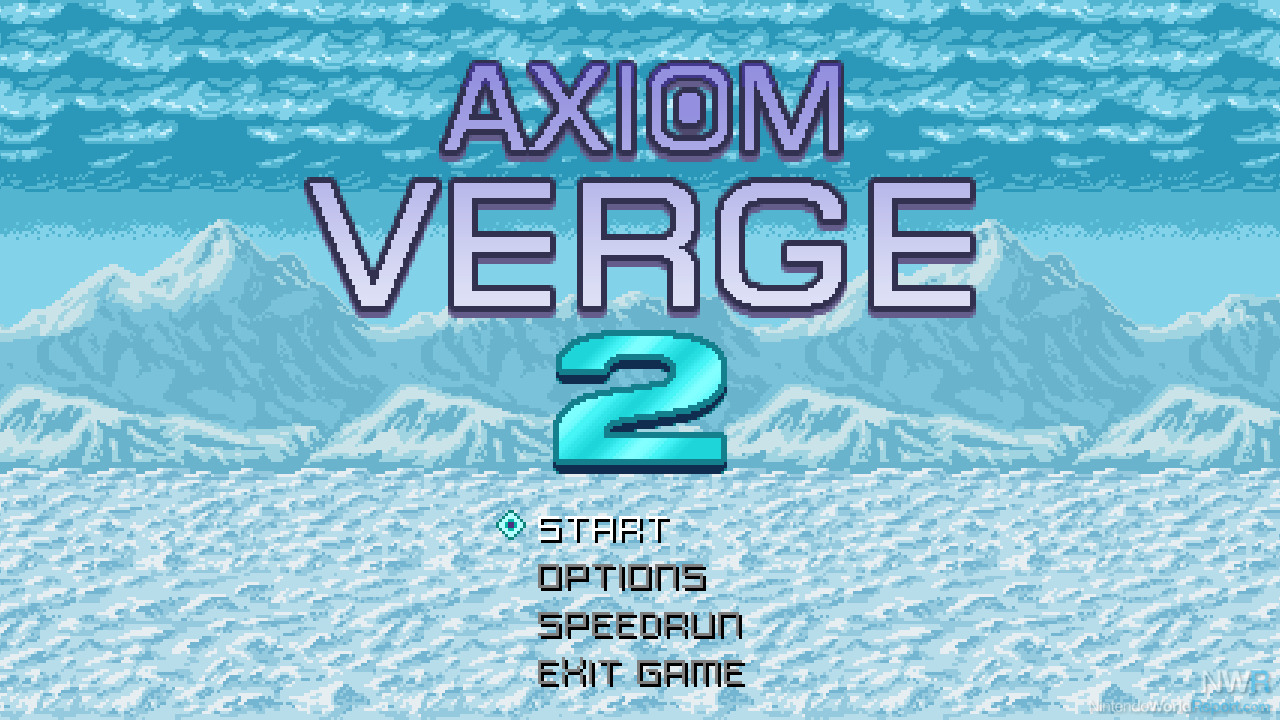 Axiom Verge 2 was certainly a welcome sight when it was announced in December 2019. For some, Axiom Verge's release back in 2015 was heralded. As our own Jonathan Metts quipped to then-Nintendo of America President Reggie Fils-Aime's "that looks like Metroid" remark at an E3 where Axiom Verge was demoed, "well if you're not going to make it, someone has to." And someone certainly did. Axiom Verge, which later came to Wii U and Switch, is a fantastic game.

So now a sequel? Woohoo! That sounds fun. Solo developer Tom Happ graciously answered our email questions recently about the upcoming game, which we all still hope is coming in 2020 but like, for real, Happ can take his time. We're fine.

Nintendo World Report (NWR): How long has Axiom Verge 2 been in development?

Tom Happ (TH): I started it officially around November 2015, though I was drawing sketches and coming up with ideas for a few months before that.

NWR: Was there a plan from the development of Axiom Verge to eventually make Axiom Verge 2?

TH: While I was making Axiom Verge, I had no idea if the game would ever have been successful or if I'd have time to make others, but I was afraid that if I didn't plan ahead, I would end up making sequels and prequels that felt tacked on after the fact. So I made an outline of the history of a whole series and tried to pick an interesting part of it to have Axiom Verge take place in. There's about 7 other games in there that I would never have time to do but Axiom Verge 2's story seemed like the most interesting one to continue with if I did get the chance to make it. 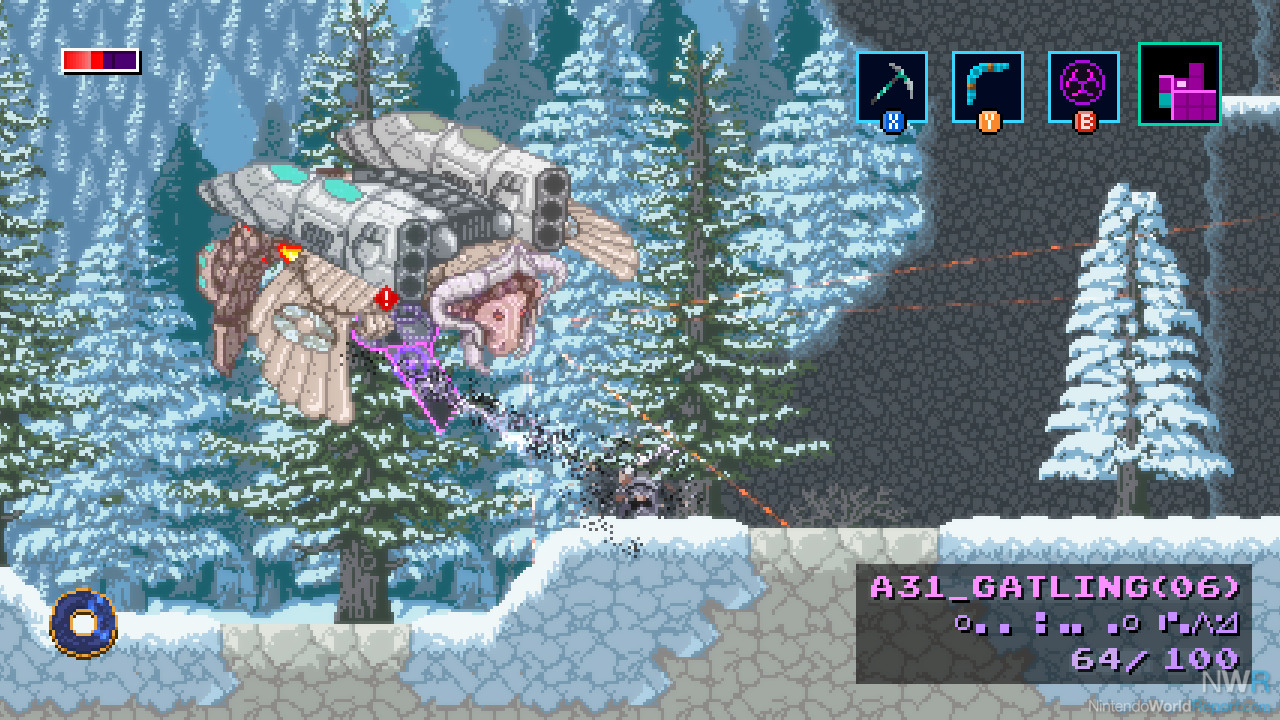 NWR: The first game wears its Metroid inspiration on its sleeve, but I also enjoyed the way it worked in other influences (e.g. the bosses/gun variety always gave me a Contra vibe). For the sequel, are there any other influences that will change up the gameplay or formula?

TH: There's a few callbacks to various games in the Zelda series, bits of Rygar, Arkham, Shadow of Colossus, roughly 100 other games, too ... I tried to make the enemies less spongy or at least give the player more ways to engage with them. NWR: You've said the story will build off of the first game but stand alone. Was that something set out from the outset of development? Was Axiom Verge 2 always going to star a new character?

TH: Yep, that was more or less what I wanted to do from halfway through Axiom Verge's development. 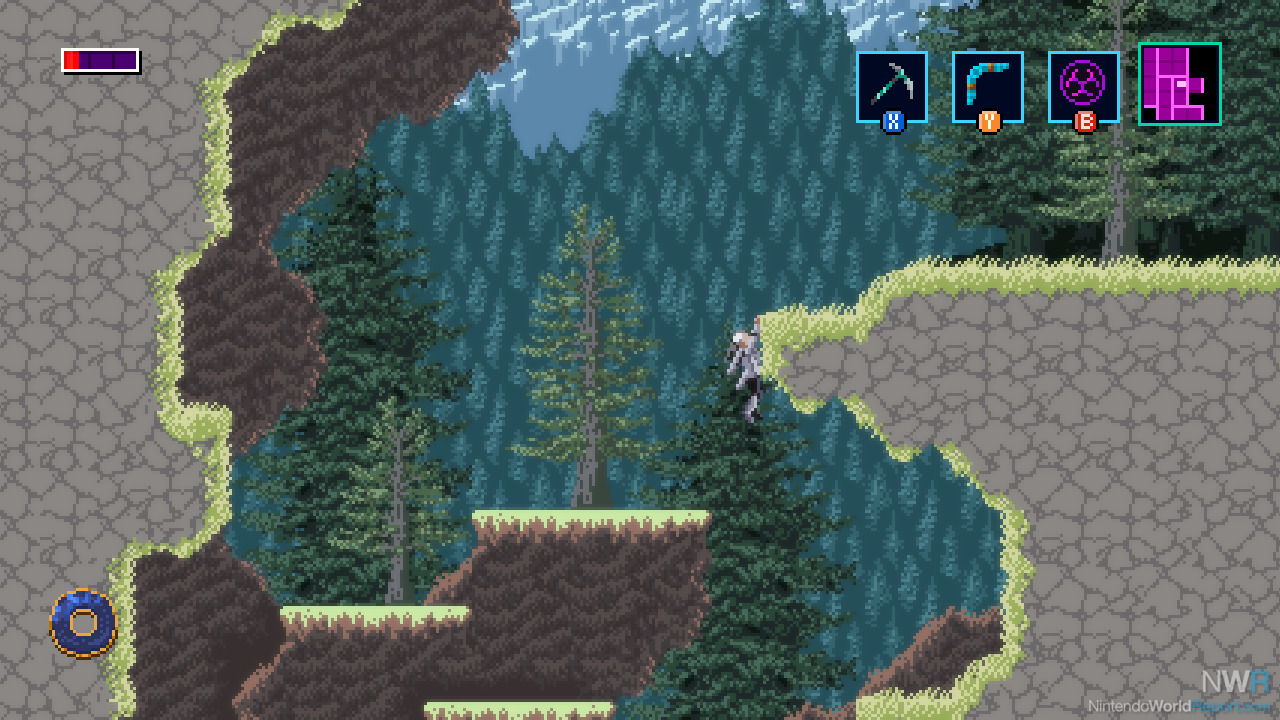 NWR: I loved what you did with the music in the original game. Is the goal to stick with the same style of music or are you expanding into any new genres/instruments/etc.?

TH: There are some more folky/ethnic/fantasy tracks in there this time. The first trailer is an example of how there are more acoustic-like elements.. But overall the soundtrack is still more electronic than it is acoustic. NWR: After being a solo developer for all of Axiom Verge, was there ever any thought of working with other people for the sequel? What is it about solo development that you enjoy?

TH: I never thought it really made any sense to hire other people to do the things I want to do. I also think the more you get into the mindset that you are running a "company" - some imaginary entity that has "employees", the less it becomes about artists making art and more about surviving in this artificial power structure where more people are doing less of what makes them fulfilled, if at all. NWR: How has the last few months of development been during COVID-19? Has the game been affected? How have you adapted? 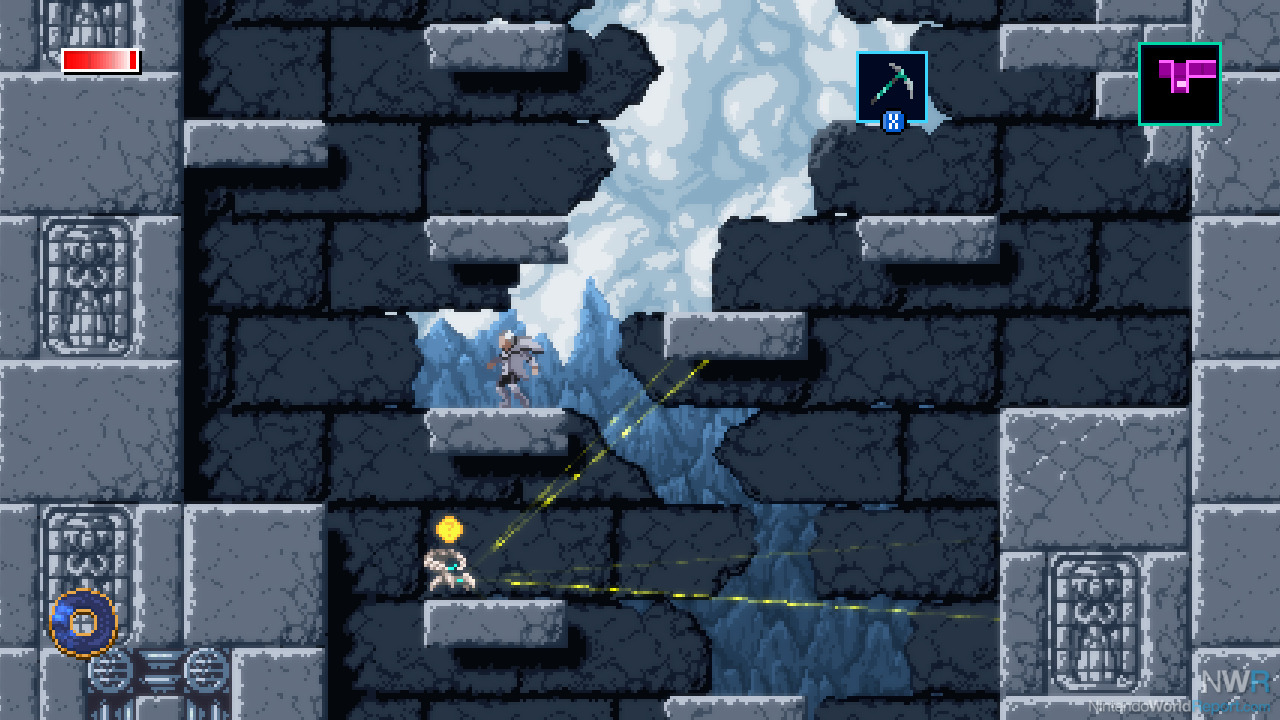 TH: It hasn't really been affected much since I work from home anyway, though the lack of trade shows means I haven't been doing as much marketing as last time. So that basically means instead of periodically focusing all my effort on making one small part play really well at the expense of the rest, I'm doing more even coats over the whole thing.

NWR: "Plus one other major feature players will be excited to discover on their own" is a cryptic hint in your press kit. Feel free to ignore this question, but care to add any cryptic follow-up?

NWR: What draws you to making the Metroidvania style of game?

TH: Generally it's my favorite style of game to play, so that's what I tend to have the most ideas about.

TH: I'd try to make it meaningfully different from other Metroid games. So many of them just seem to be remixes of each other.

I'm looking forward to getting this once it's ready.