As the Switch exclusive Vitamin Connection is nearly here, we sat down with the game's director.

WayForward has been a vital piece of Nintendo's platforms for more than 20 years. Getting on the map with the Game Boy Color classic Shantae before being the gold standard for licensed games with stellar titles like Batman: The Brave and the Bold and Thor: God of Thunder, and then turning out darling original titles like Mighty Switch Force and successive Shantae adventures. The latter is an element that hasn't happened quite as often over the years, but more recently WayForward has had the capacity to do more with their own original characters and worlds, be it the upcoming new Shantae game, the well-received Apple Arcade Spidersaurs, or the Switch exclusive due out on February 20, Vitamin Connection.

Vitamin Connection is directed by James Montagna, who has been at WayForward for 13 years. He has credits that include Contra 4, A Boy And His Blob, the aforementioned quality Batman and Thor games, and more recently Shantae games and Bloodstained: Ritual of the Night. Montagna even has his own projects outside of WayForward: Dodge Club Party and Dot Arcade - two clever Wii U games. We had the chance to sit down with the creator, asking him about his past at WayForward and the process for creating Vitamin Connection. 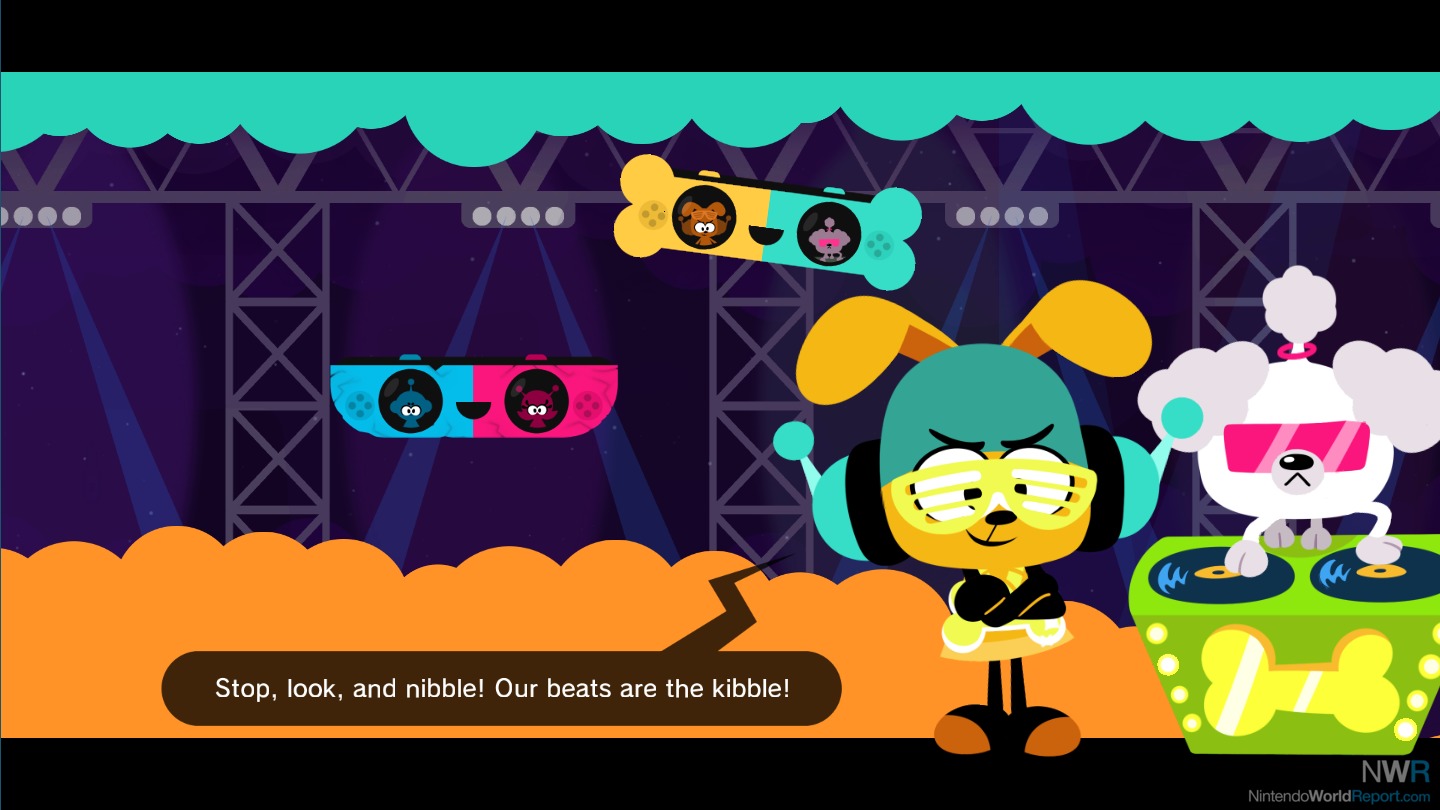 Nintendo World Report (NWR): In your 13 years at WayForward, the industry has changed immensely. From your perspective, what has changed the most from your early days working on Contra IV/Duck Amuck/Blob/etc. to today?

James Montagna (JM): We’re digging deep right off the bat! OK… When I first started at WayForward, Wii was still new and Nintendo DS was hitting its stride. PlayStation 3 and Xbox 360 were pushing the limits on fidelity and scope of games. But games were mainly confined to a TV screen or dedicated handheld, and the type of experience you might have on each was seemingly well defined. Now we are living in a world where the ways to interact with games has broadened immensely, and the type and scope of games we can create has changed as well. With the advent of concepts like VR headsets, the ability to download games both bite-sized and epic on your smartphone, cloud streaming, and even hybrid consoles like Switch, there are now so many new ways to enjoy games, as well as venues to create them. Personally, I think these changes have put us in an exciting time to be making games!

I’d like to add… For a lot of folks, I think WayForward is known as a company that’s maintaining classic gaming sensibilities, but we’re also always excited about these ways that our industry is changing, and exploring that. For instance, we were the first to put a game on Apple Watch. Vitamin Connection, similarly, was born of this desire to create something that takes full advantage of exploring current hardware, specifically with Nintendo Switch and Joy-Con.

NWR: WayForward has a history of primarily working on licensed properties. With that in mind, how was the process for creating, pitching, and developing Vitamin Connection as a new IP for the studio? 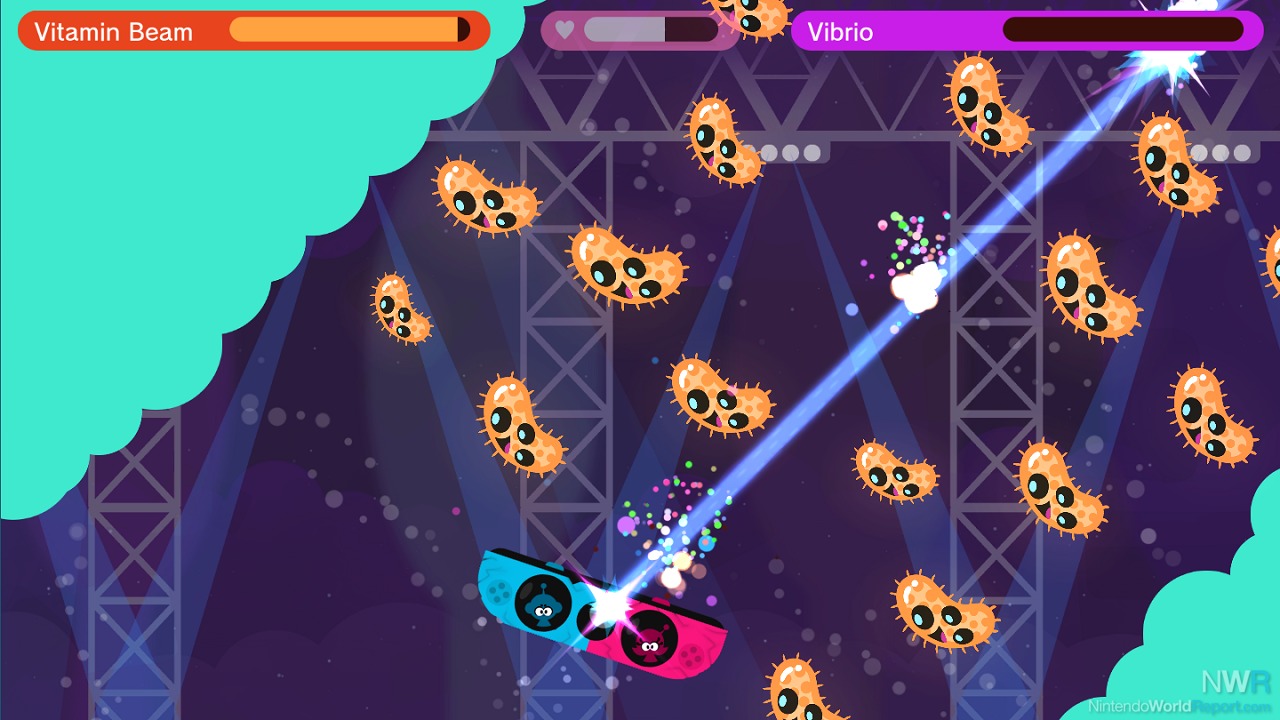 JM: While WayForward has had the honor of being involved in a great deal of established brands, I believe creating lots of original properties is important to keep us growing, and we’re equally passionate about them. I don’t think there’s a formal process for when and how we introduce a new, homegrown IP — it’s something that happens naturally. Being totally in love with Switch as a platform, I wanted to do something special for it. I created the prototype of Vitamin Connection with a small team and shared it with our management internally. That prototype amounted to what was essentially the first stage of the game, and was fairly polished at that point. The demonstration was well received, but it took a little while to get development officially off the ground as we began looking for a funding partner. Once we secured a partner, we re-assembled our small but tight-knit team and got to work.

One of the great things about developing a new IP is we are, to some extent, defining the rules as we go. When you have a licensed property, there’s certain defined characteristics you have to remain true to in order to meet expectations. There’s the world, characters, abilities, etc. I actually feel working in that constraint can be fun in its own right, but it was refreshing to break out and flex our creativity to the fullest in a different way with Vitamin Connection!

NWR: What are the main inspirations for Vitamin Connection's co-op focus?

JM: There’s a few things that inspired the co-op aspect of Vitamin Connection. For one, the Nintendo Switch itself was a huge factor since the ability to easily share Joy-Con between two players invites cooperative play without hassle. Another is, personally speaking, I’ve always been interested in games as a medium through which to bring people together. Vitamin Connection was made as an icebreaker to get people cooperating and talking, and when you play with a partner, I feel like it’s easy for you to build a connection with that person when working together. This is because, in different co-op games, players fall into their own individual version of the same role, and you try your best to contribute while playing together. But this is a bit different, since you are both coordinating in unique roles, and relying on each other. And as you rely on each other, that sense of trust and camaraderie builds. Finally, looking back on WayForward’s catalog of original properties, I felt cooperative play was an area we could bolster, especially since we do have experience in it. Establishing a new brand specifically predicated on that concept fit the bill nicely

NWR: What went into balancing the game so that way it was fun in both single-player and multiplayer?

JM: Throughout development, we were careful to test our designs in both the Solo Play and Together Play modes regularly so that we could make sure the experience, while identical, was pleasant for either arrangement. I think the most interesting part about this process was, we found there are individual elements that are easier played together but harder solo, and vice-versa. Because of that, it all somehow manages to balance out really well.

By the way, I’ve gone on the record at this point that my favorite way to play is choosing the multiplayer mode, Together Play, and using both Joy-Con by myself. It’s a completely acceptable and different way to enjoy the game! In fact, I find it’s best if you hold the Joy-Con in a different orientation with each hand. So, for really hardcore players that have exhausted the other play modes entirely, I recommend getting experimental and giving that a shot.

NWR: How deep are the Sub-Games?

JM: I like to think of the Sub-Games as little boss battles, dispersed throughout the main story experience. Each explores a unique and different way of having players coordinate with each other, or a fun control mechanic. When you clear one, you heal a “vital location,” which is essentially a key for completing a stage. And upon completing stages, you’ll often unlock Sub-Games for free play off the main menu. These each come with their own unique title screen artwork and a series of extra challenge content for that Sub-Game outside of what you’ll find exclusively in the story mode. We even introduce alternate remixed versions of some of the same Sub-Games to explore new ideas with them.

NWR: Limited Run offered a pre-order of the physical version before the game's digital release. How did that opportunity come up? Was it something baked into the development of the game? 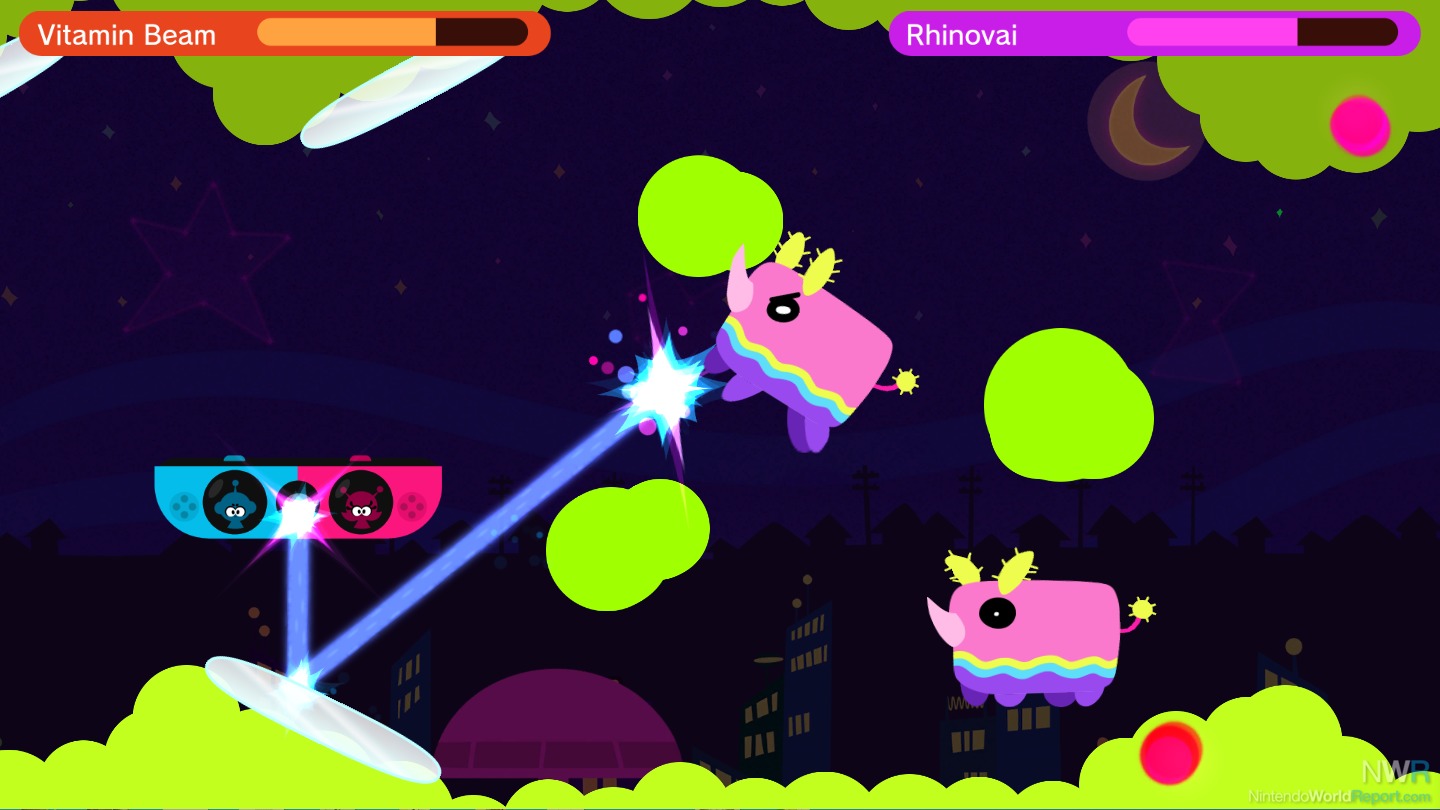 JM: The partner I mentioned earlier was actually Limited Run Games! We showed them the prototype that was initially created, and they were immediately on board with it, without question or hesitation. That was a surprise to even me! But I feel they really believed in the concept and saw the possibility of unique fun right away. With them co-funding the production of Vitamin Connection, we were able to proceed with development and make it happen.

As you’ve said, we were able to offer a pre-order of a physical version of Vitamin Connection through Limited Run Games. I’m really thankful to have them as our partner because they put a lot of thought into the materials to make the physical editions extra special. The Collector’s Edition even has adorable plushies of Vita-Boy & Mina-Girl, the two main characters of Vitamin Connection!

NWR: Were there any ideas for Vitamin Connection that you weren't able to fit into the final product?

JM: Yes, quite a bit, to be completely honest! I won’t get into the specifics so they can be a surprise in the event they can still be presented…somehow…eventually. But the same can be said of very many game designs, and in the end I’m really proud of what the team was able to pull together with Vitamin Connection.

I’ve come to understand that the healthy approach is to just accept that a project will often end up becoming something different than you expected. That’s normal. The only thing you can do from there is focus your energy on the next project, and make that the best it can be. In the end, if people are happy because of what you’ve created, you can mark it down as a success.

NWR: Dr. Mario World has introduced almost every Mario character as a doctor. With Dr. Mario's similar bacteria-blasting schtick, what Mario character would best fit as a playable character in Vitamin Connection? 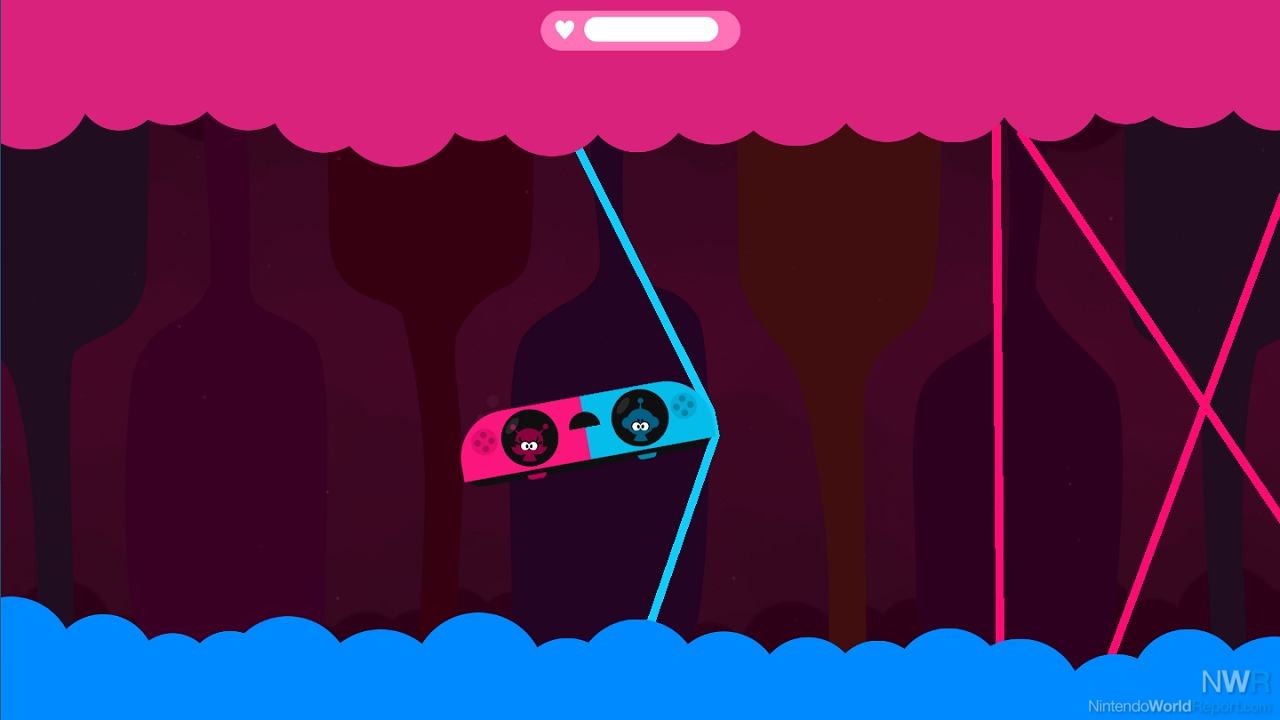 JM: I have to admit, I didn’t expect the number of Dr. Mario comparisons players would draw simply due to the game featuring a vitamin and pathogenic enemies! I did the thing you’re not supposed to do and read YouTube comments where somebody said something like “WayForward! I can’t believe you ripped off Dr. Mario! You’re better than that!” And, of course, the gameplay is nothing like Dr. Mario, but I felt a little bad anyway while having a laugh about it at the same time.

I’ve been playing a bit of Dr. Mario World myself and was really surprised Koopalings can be doctors now. Such smart kids — nothing could go wrong there. Anyway, if you were playing as a Mario character in Vitamin Connection, they’d either have to be really tiny or have the ability to shrink, right? Wouldn’t it be cute to play as a micro-sized Luma? You could shoot Star Bits at the bacteria monsters. Perhaps the stage itself is Rosalina…wouldn’t that be interesting to see? Maybe that’s weird. I don’t know anymore. We’re just fresh off making Vitamin Connection, so my barometer for what’s weird is out of whack, but I definitely know what’s fun.