We talk about the accessibility and character selection of the Nicalis-published Switch 2D fighter.

Blade Strangers, first revealed in mid-2017, is coming to Switch this summer. It's a 2D fighter with a distinctive art style that is focused on being accessible. The developer Studio Saizensen is no stranger to Nintendo platforms, having worked on the 3DS games Code of Princess and Yumi's Odd Odyssey (maybe better known by its Japanese series name Umihara Kawase). We had the chance to interview the director of Blade Strangers, Studio Saizensen's Toshinobu Kondo.

Nintendo World Report (NWR): It's so good to see the Code of Princess characters in a new game. Were they always planned for inclusion? How did you decide what other characters to include?

Toshinobu Kondo (TK): When the concept for Blade Strangers began, it was developed by Studio Saizensen alone. For that reason, the initial characters were selected only from the games Studio Saizensen developed. From that selection of characters, we had already decided that the Code of Princess characters would be the most appropriate for a fighting game. We were also curious to see how we could include Umihara Kawase, the main character from several of our other games; we thought it would be an interesting challenge to see how she would fit into a fighting game.

Then, we had a fateful encounter with Nicalis. When it was decided that we would be making the game with them, the world got bigger. The selection of character options increased greatly, and since our preferences were extremely similar, our ideas usually matched perfectly. After that, the characters were easily decided, one after another. 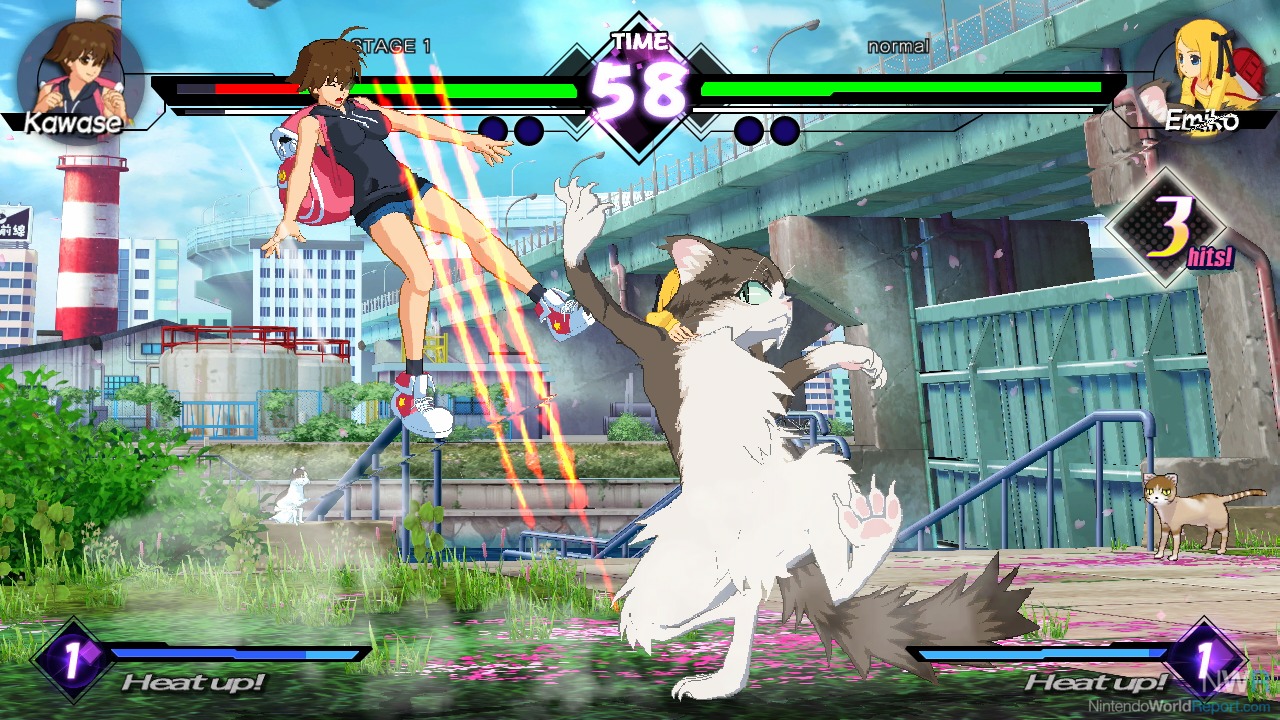 NWR: Several fighting games over the last few years--I'm thinking specifically about Street Fighter IV and Skullgirls--made claims during development that they would be accessible to casual and hardcore fighting fans. As I'm sure you know, both of those games wound up being extremely technical fighters that were not particularly friendly to newer players. How does Blade Strangers aim to level that playing field?

TK: When games have a lot of depth, there will always be players with a wide variety of skill levels. There will be those who regularly play and spend a lot of time practicing and training, as well as those who have less experience and are still learning and seeking improvement. With Blade Strangers, we are looking closely at the play environment and have made improvements to the Online Mode.

Instead of creating a system where players fight over points again and again in Ranking Match, we are using a monthly League Match system. The leagues will be updated every month, but your status in the new league will be partially based on your performance in the previous month. For example, if you're in a high-level league when the month ends, you'll be placed in a mid-level league instead of starting at the bottom. Based on this system, players can join in leagues that fit their appropriate skill level. Players can be categorized appropriately, rather than by a point system, so the core users can fight against core users, and casual users can fight against the other casual users. Even players who have started playing the game later than others can participate in these leagues, since the leagues are reset monthly. New players will never feel late to the online party!

Also, casual players tend to not play Versus Match as much. For those users, we have prepared a new online mode called Stealth Match, where players can fight against other players without knowing who their opponent is. Players won't have to focus on the thought that they will be fighting against someone else in person, so this will be a new way to enjoy the thrill of going into an unpredictable battle. Of course, we have also prepared a Casual Match that can be played online against friends. The online system in Blade Strangers can be enjoyed by a wide range of users and will be ready for everyone as soon as they begin playing!

NWR: Oftentimes single-player content in fighting games can be lacking. How do the Story and Missions go about deepening the single-player experience?

TK: In Blade Strangers, we will offer single-player content that we feel is necessary in a fighting game, including Story, Challenge, Survival and Training modes. We didn’t want to limit the single-player content because we know how many single-player users are out there and how important this type of content is to them. Additionally, we have also prepared many rare secrets throughout the stages during battle, so players might be surprised with the new discoveries they find every time they play.

TK: For more than 10 years, Studio Saizensen has been making games with a technique that converts 3D model rendering art to 2D dot graphics without the need of going in and doing it by hand. Since we have a lot of experience with this technique, we have chosen to go with this for the Blade Strangers art style. This technique can result in "softer" movements, as opposed to the "hard" movement of 3D...and just like pixel art, it's easy to change the color palette for character-vs.-same-character matches and player-selectable alternate colors. The data size is also smaller, so the loading is fast and makes the gameplay very fluid, which we thought was very important. 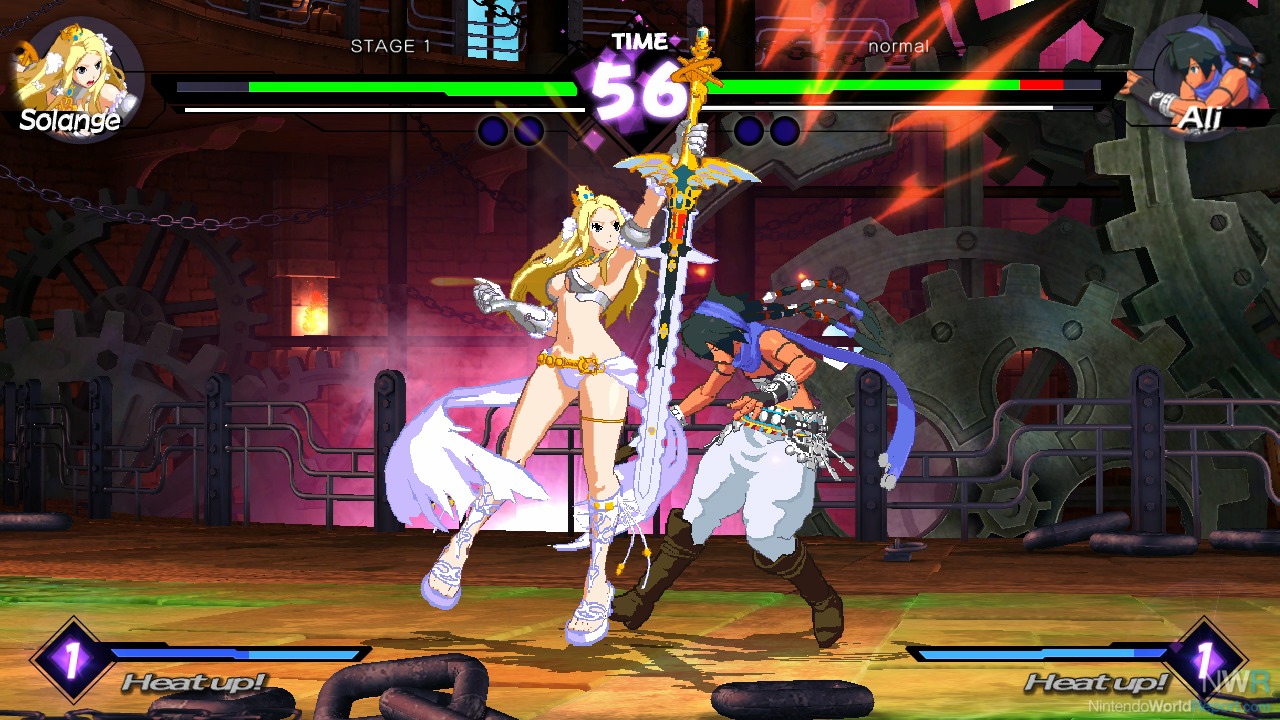 NWR: In regards to the online mode, will there be a possibility of cross-platform play for the Switch version across PC or PlayStation 4?

TK: Unfortunately, no. The online play will be platform specific.

NWR: Will the Blade Strangers box, like other Nicalis games, have any goodies inside?

TK: I’m sure Nicalis will announce something soon, so stay tuned!

NWR: Are you planning any DLC?

TK: Personally, I would like to see additional characters and costumes but nothing has been announced or confirmed at this time.

NWR: Do you have a personal favorite Blade Strangers character? Why?

NWR: If you could include one Nintendo character in Blade Strangers, who would it be and why?

TK: I would love to see a character from Splatoon because I'm obsessed with Splatoon 2 right now!

That cat just punched that girl!