The folks at 10 Tons have already brought a number of distinct twin-stick shooters to the Switch, get the lowdown on the latest, Time Recoil, from one of the game's lead developers.

Ever since dipping their toe into the Switch pool just a few weeks ago, the folks at 10 Tons have been cranking out parts of their backlog and newly-released titles on the Switch. Coming on the heels of recent weeks in which they’ve released 2 of their popular twin-stick shooters, they’re now bringing a third to the table in the form of Time Recoil. Time Recoil blends getting your combo meter going from kills with a time slowdown mechanic that makes it a very different kind of game. I was able to get some time from Sampo Töyssy, one of the game’s lead developers.

Since I could see many potential answers to this question, what games and/or movies would you say influenced the style and story of Time Recoil the most?

ST: SUPERHOT and Hotline Miami were definitely a large influence. Regarding the time manipulation stuff the Quicksilver-scenes from X-Men were an inspiration. The game uses your basic "mad evil scientist extorting the world" trope which appears in a lot of superhero and sci-fi movies. 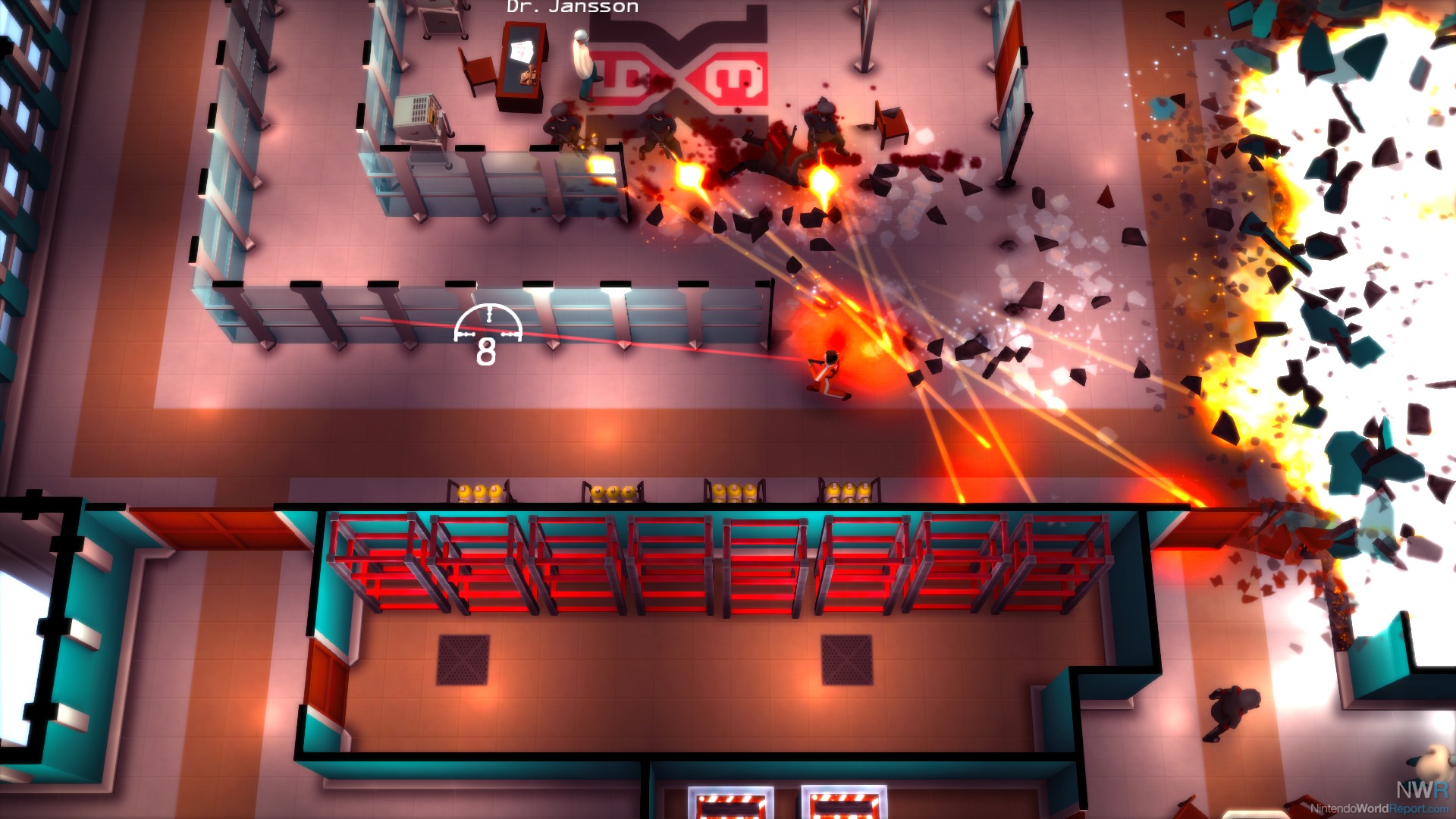 Would you say that the almost puzzle-like nature of the game in many levels, particularly if you're looking to do some speedruns, was a central piece that drove the design of things? Making sure that someone who is observant of which walls are in place in a given spot or to be sure enemies are paired or in clusters that would create a good power-up charging opportunities are there to be found and exploited?

ST: The puzzle-like qualities come from the games that inspired Time Recoil. In Time recoil you will die a lot less and you'll be much quicker if you have a good plan on how to play the level. For example, when speed running the levels you might need to find a way to trigger Time Freeze to get a three-star time.

Working with at least the bones and some of the assets that are common with other 10 Tons shooters how would you say that affects the process in creating new games within your group?

ST: Time Recoil was a relatively quick project. It would not have been possible if we didn't build on an existing game like Neon Chrome. We started prototyping different ideas and experimented with art style in late 2016 while finishing up Neon Chrome mobile and working on Neon Chrome Arena DLC.

Full-on production of Time Recoil started in January 2017 and it took only around six months to finish the game from the prototype to the release version. We had our summer vacations in July so the release was pushed into early August. The PS4 and Xbox One versions will be out in Sep and Nintendo Switch should follow quickly after. Mobile port is also in the works, but it will be a bit different so it takes some time. 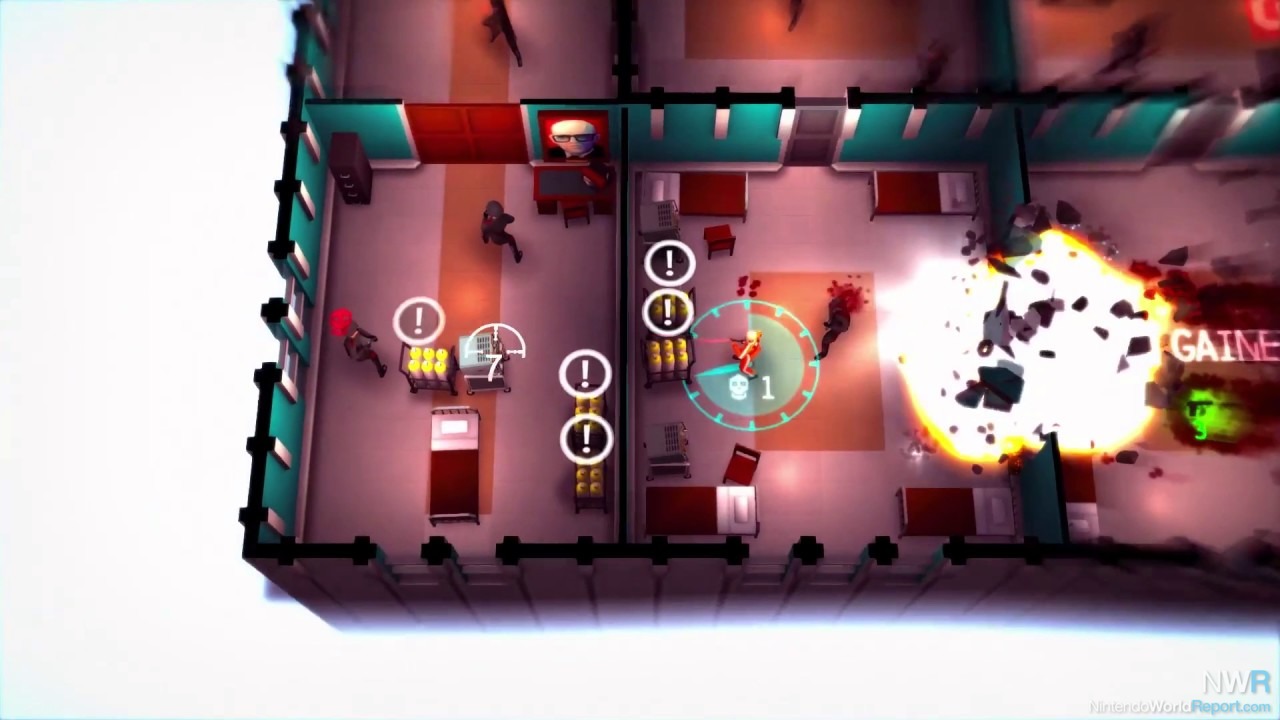 Having now played 3 twin-stick shooters using roughly the same core engine from 10 Tons I'm impressed at how different they all are in terms of their structure and even gameplay fundamentals. How are variant games like this pitched or proposed and what is the oversight in place to ensure each game is distinctive but carries a consistent level of quality with the other titles?

ST: With Time Recoil we prototyped with several core ideas before we landed on the idea which became the finalized game. We use internal and external testing to verify that the prototype is enjoyable. Obviously one game can't satisfy all players but we'll try to make sure there's a group that enjoys the game before going forward with the production.

I've talked to a number of either lone wolf indie devs or to extremely small single-title teams but 10 Tons is a little bigger with a little more oomph. What would you characterize the indie experience like from where you're sitting and where 10 Tons is as an indie?

ST: The market situation has been getting harder for indies. There were times when you got some sales for even lower profile titles, but today it looks like there's less space in the middle. You either convince your target audience or you don't. The market and the potential is larger than ever but the amount of games coming out is massive and a large amount of them are at least ok. An indie hit game from 2014 might not be a hit game in 2017.

Having announced you're going to be bringing your titles to Switch but not having anything with a firm release date yet what has the Switch experience been like so far for you all compared, perhaps, to the process of getting your games onto the Vita with some of your other titles?

ST: From tech perspective Switch has been easy to work with. Nintendo really did a marvelous job with the tools. We've been sailing smooth ever since we got into the developer program. Really looking forward to see how the games will be received.

Any comment on what you're personally set to work on next?

ST: We're designing a few prototypes with a team that will create one of the next 10tons games. Soon we'll start producing the prototypes and then we'll see where it goes. I've done top-down shooters in some form since 2014 so probably some other genre next.

I wanted to thank Sampo for taking the time to answer my questions as well as Tero for helping to coordinate. Time Recoil is currently available on the Nintendo Switch eShop!